The total worker population in the Downtown Austin area is now more than 93,500 employees. 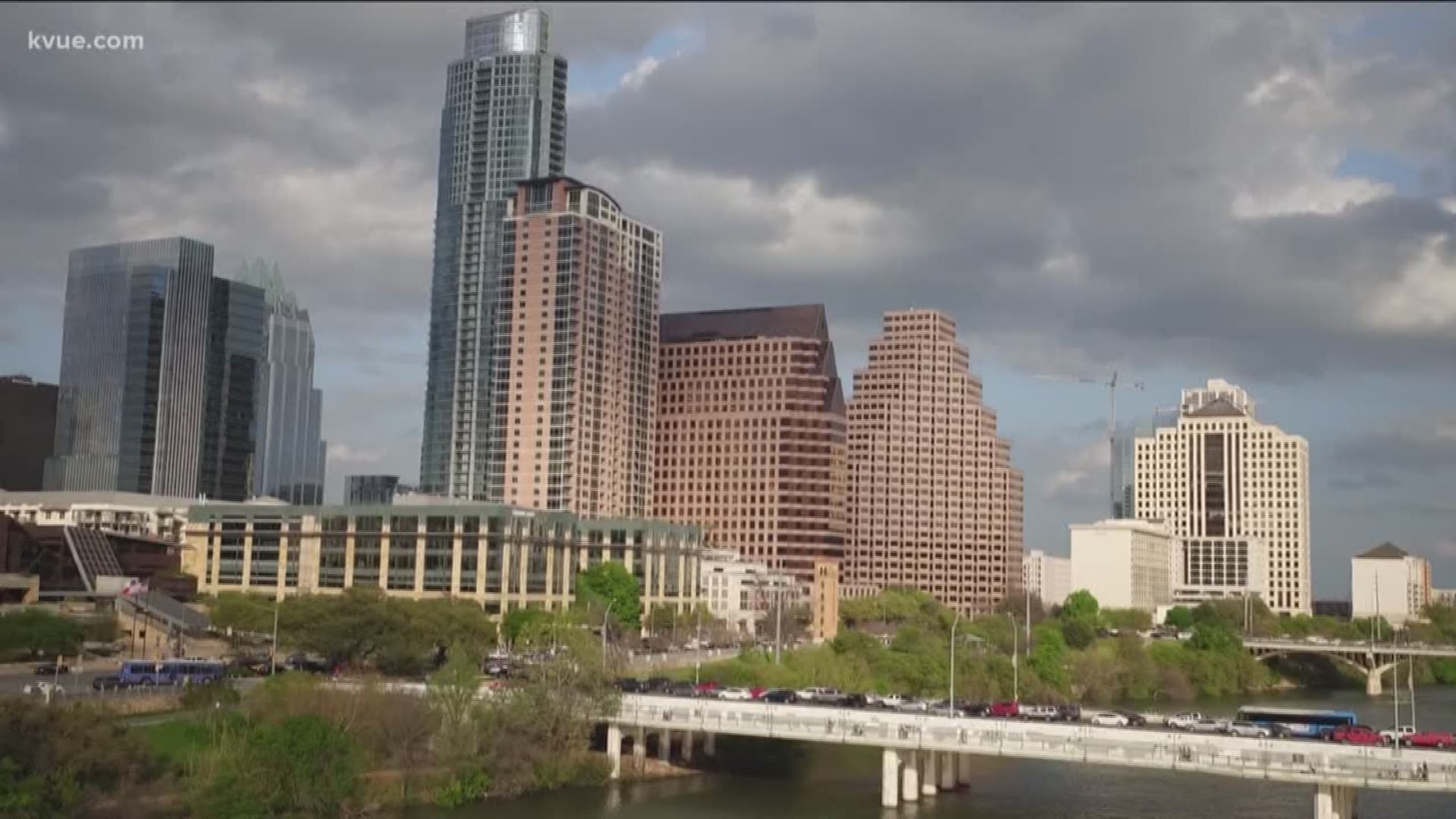 AUSTIN, Texas — There's no question about it: Austin continues to grow rapidly. So much so, Downtown Austin Alliance released a new report focusing on how growth is being handled downtown.

The new report was released Tuesday, which found that the downtown could reach capacity within the next 20 years based on land availability and current building restrictions.

According to our partners at the Austin American Statesman, the total worker population in the Austin downtown area is now more than 93,500 employees and development has reached 70 million square feet, which is just over half the amount experts say the area can handle based on current building codes.

While downtown only makes up less than one percent of the city's land, it accounts for 10% of Austin's total assessed property value, making the area able to create 20 times more tax revenue than the city average on a per acre basis. Currently, there are nearly 60 projects either under construction or in the works, totaling more than 6,000 residential units and almost 3,000 hotel rooms.

While the boom has proven beneficial for business, it's also come with some challenges.

There are still some hurdles to jump relating to mobility, affordability and tackling homelessness. In many of these areas, the alliance has plans to partner with city leaders. The report made note of the growing homeless population in Austin, but said expanding shelter areas outside of downtown and creating a central database to track homelessness could help.