"We see all these structures going up it feels as though they're slowly but surely moving us away" said Edward Escamillia, an Austinite that has noticed the growth. 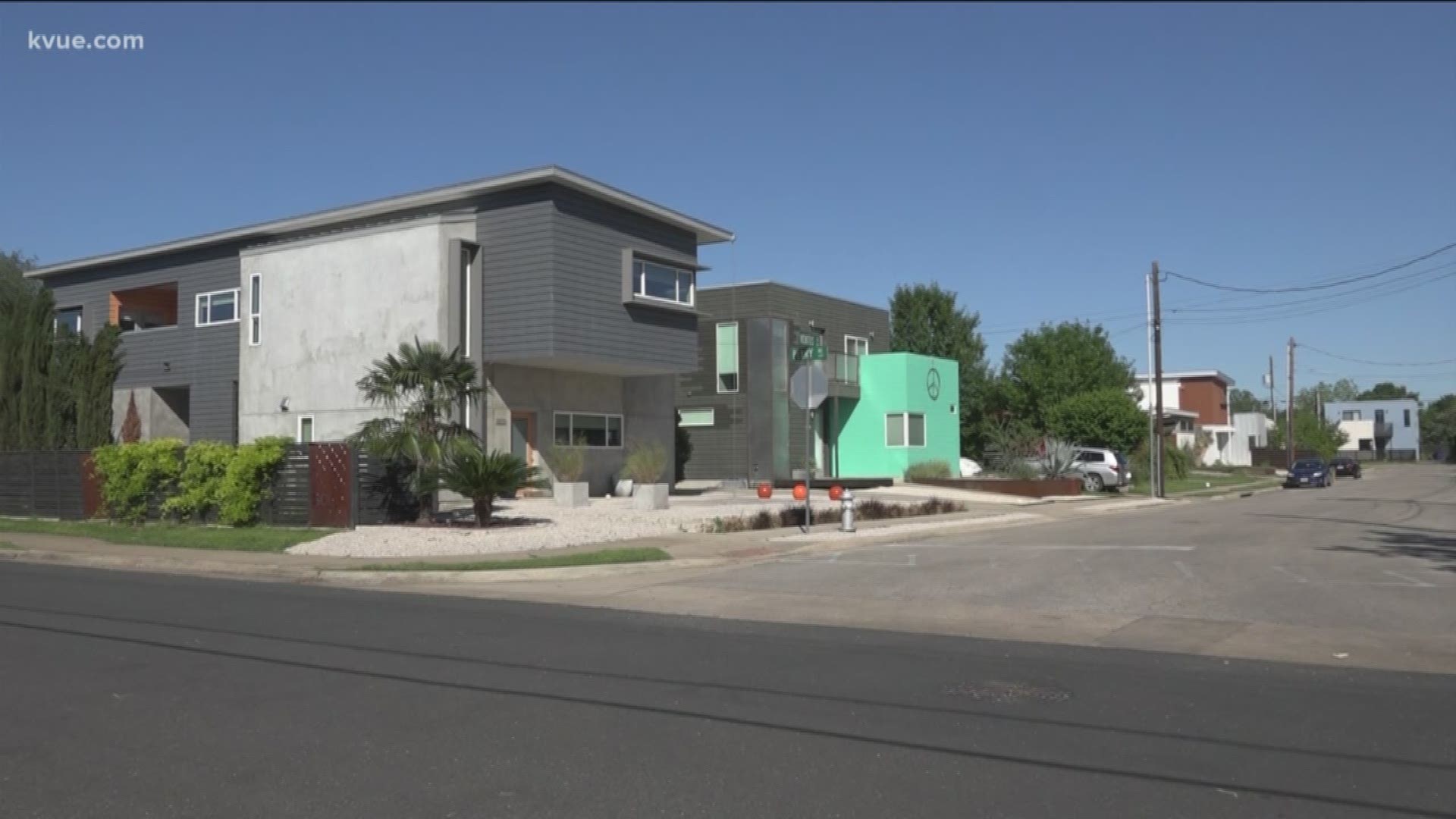 The neighborhood is specifically Johnston Terrace. It's zip code is 78721 and is located just east of I-35 in Austin City Council's District 3.

The website says the five-year median sale price change is up at +148.2%.

The map below shows the value for that area is significantly higher than the rest this year.

For Austinite, Edward Escamillia, he knows the neighborhood well. He grew up in that area and has moved back and forth over his life, but has lived near the neighborhood for more than 30 years.

"I grew up playing ball in this baseball field all my life," said Escamillia, referring to Govalle Park in the Johnston Terrace neighborhood. "This is where we grew up on."

Today, he says seeing brand new houses being built next to relatively old houses on the streets is a common trend.

"You got a 3-story home going up that's worth $380,000, right next to a home that's worth no more than $50,000," said Escamillia. "The people that are not able to afford what taxes are now are kind of being bullied out and they're getting offers that they can't refuse."

Although, he does say he understands why the East Side can be an attractive place.

"It's cool because Austin is very laid back "Keep Austin Weird" type place and everybody wants to move here because of that," said Escamillia.

In a statement to KVUE, City Council member, Sabino Renteria said the following about the Realtor report:

"While this is discouraging it's not surprising news. We've known for years, even before I was on the city council, that our area was rapidly gentrifying. It's why I've pushed so hard for affordable housing. We must take every reasonable measure to keep working families in East Austin.

Just last night during the city council meeting we argued until almost midnight trying to make the necessary changes to our land development code. If we do not make drastic changes towards an equitable code we will continue seeing rapid displacement."

'I do not know what happened to her': The mysterious death of Meighan Cordie