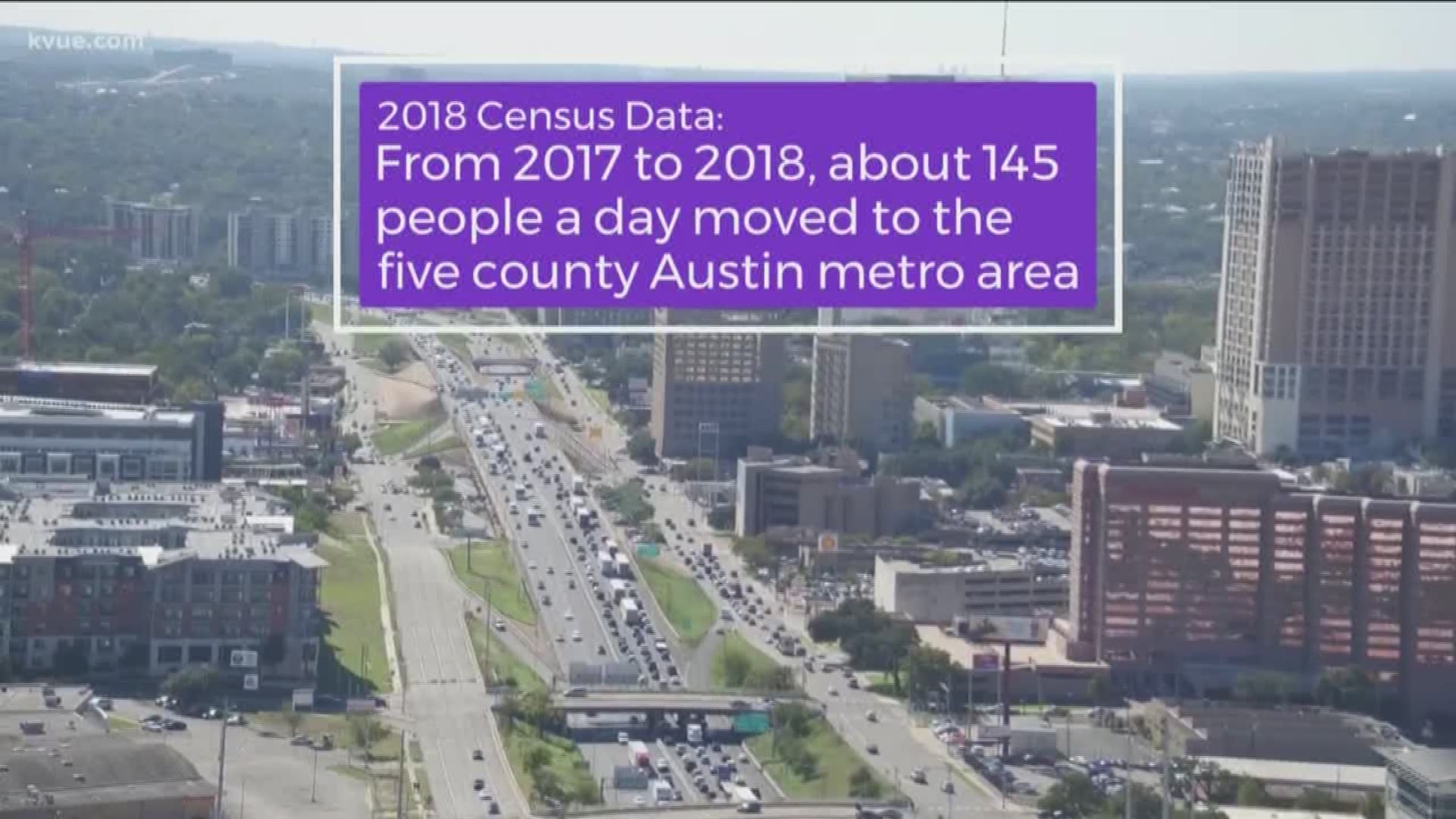 AUSTIN, Texas — According to the U.S. Census Bureau population estimates released Thursday, Texas took four out of the top 10 spots for counties that gained the most residents in a year.

RELATED: 2020 Census: Everything you need to know

RELATED: Census: Austin area has gained 152 people a day since 2010

The Dallas-Fort-Worth-Arlington and Houston-The Woodlands-Sugarland areas both made the list for "Top 10 Most Populous Metropolitan Areas" in 2018, at No. 4 and No. 5, respectively. The DFW-Arlington area also topped the list for metropolitan areas in numeric growth from 2017 to 2018, growing by over 131,000.

To read more of the census findings, click here.

Husband charged with wife's murder, nearly 40 years after she disappeared