Austin homeowners in South Austin are worried about a developer pushing up against the back of their homes. 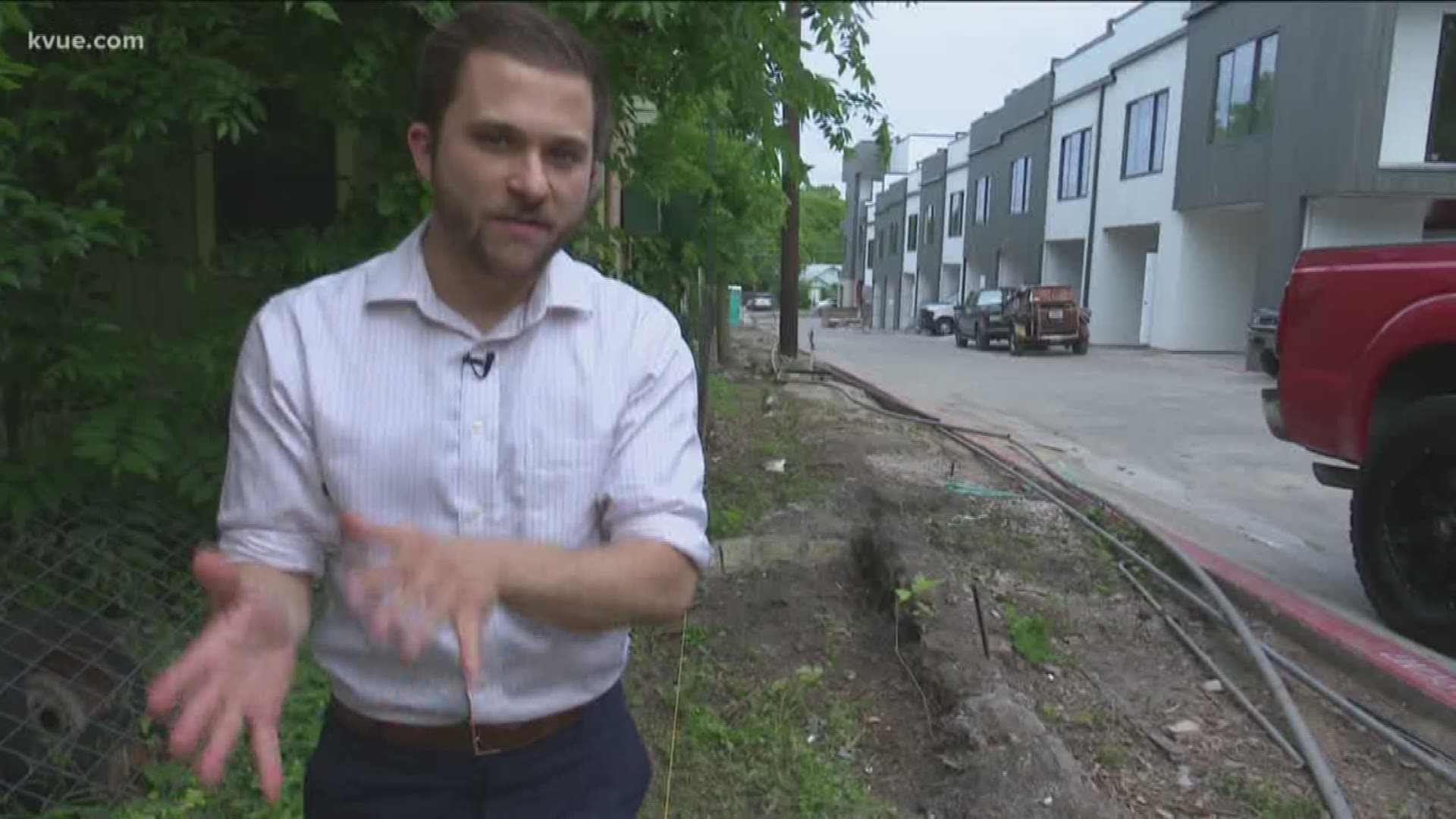 AUSTIN, Texas — Some South Austin families have lived in their homes for decades, and all of a sudden a developer is telling them part of their property is his. It's created a dispute that is causing some issues.

Margaret Mahoney moved into her home more than 30 years ago on Huerta Street.

"I had little kids and wanted a big yard," Mahoney said.

She has had a yard and a fence as well -- one that a developer recently told her he was going to knock down for his condo project.

"I didn't believe it could happen, but then he came over again and the second time he was hostile," Mahoney said.

Mahoney's neighbor, Mark Huerta, was there at the time when this conversation happened.

"I could hear him hollering at her," Huerta said. "Are you kidding me?"

Mark Huerta also lives on the road that is named after his dad. He said many of these homes impacted by a broken-down wall did get their property surveyed.

Things happening right now look to be legal, but in certain parts they are happening with only 2 feet of space between the development and the back of the homes.

1 / 6
Jay Wallis/KVUE
Several neighbors are now in a boundary dispute with a developer.

"Either way, we try to talk to them and they're like, 'It's ours, we're taking it,'" Huerta said. "The fence is going to be against it literally there."

KVUE did try to contact the developer, Ned Heiser of Heiser Development, but we were unable to reach him.

Pamela Madere is a lawyer who specializes in land use and real estate for Jackson Walker. She said communication is the first step in situations like these.

"Sit down and talk," Madere said. "Try and figure out what can be done to address a neighbor's concerns or an adjacent land owner or developer's concerns."

If that doesn't work, people should go to their city leaders.

"Elected officials are there to help them resolve issues in the community," Madere said.

Many of these homeowners said they considered getting lawyers but said it would be too expensive.

The city has inspectors check out sites when developers start building. They said they will be going back to this area Wednesday to make sure everything is being handled correctly.