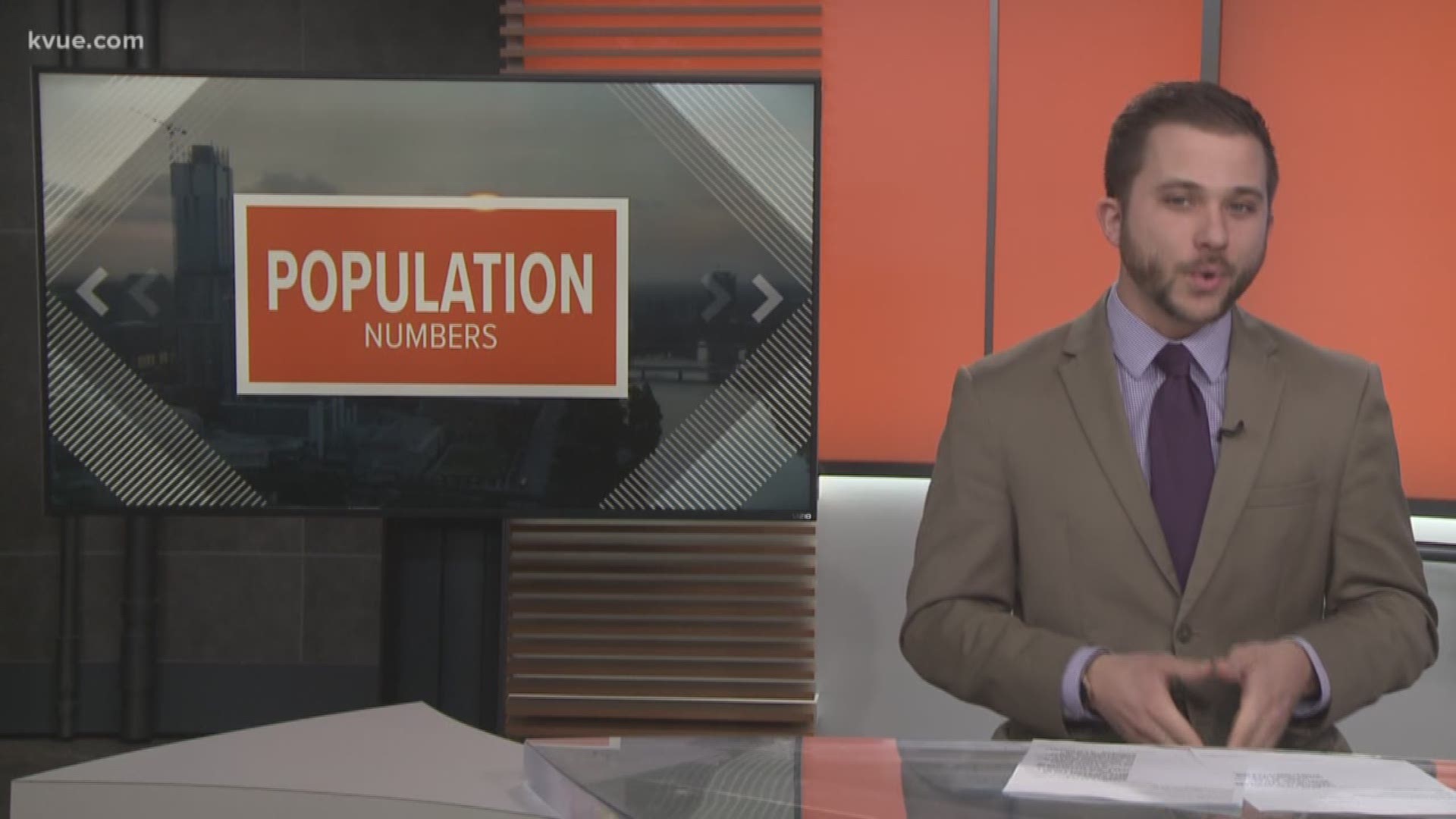 AUSTIN, Texas — It's been an ongoing story for what feels like an endless period of time -- Austin's growth. There's now a new wrinkle that shows just how big our city could soon get.

As of January 2019, there are 10 U.S. cities with at least one million people living there. Dallas, Houston and San Antonio are included in this group.

There are now new projections that show Austin joining this elite club in 2020, according to Austin demographer Ryan Robinson. This doesn't include surrounding areas, which would already put the greater Austin area over that one million mark, at 2,215,727.

RELATED: Austin is the fastest-growing big city in the U.S., study shows

Austin by itself is made up of 981,035 people as of Jan. 1. The Austin metro area, as a whole, was one of the fastest growing major metro areas in the country from 2016 to 2017. The area had growth of 2.7 percent during that time period.

This projection from Robinson would unfortunately mean many of the problems Austin has been dealing with the past decade or so would continue to grow.

This past November, the Austin Board of Realtors reported the median price of a single-family home in Austin had gone up 5 percent in just one year, around $375,000.

As to when we will see this jump, Robinson said it will happen at the same time that a decline begins with population growth throughout the surrounding five-county metro area.