Melinda Cantu, who works with domestic violence victims at SAFE, told KVUE what played out Sunday was a familiar scene. 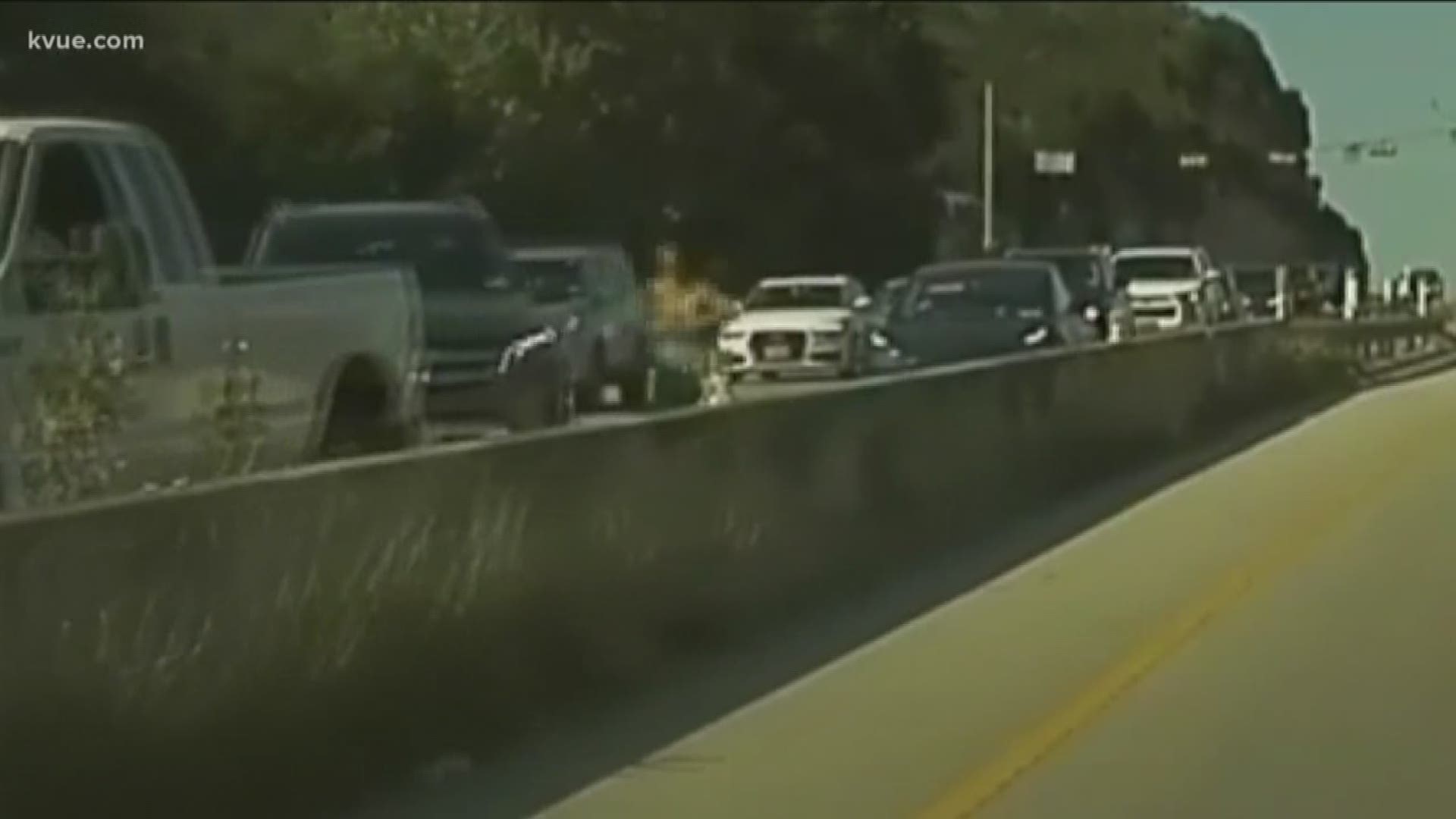 AUSTIN, Texas — It happened in front of dozens of people as they traveled near the Pennybacker Bridge on Sunday afternoon.

A man crashed his car into oncoming traffic on Loop 360 before chasing a woman who escaped his car and cried for help, police said. This incident stemmed from a domestic disturbance inside the car just moments before.

RELATED: 1 in 4 women endure domestic violence at least once. This Austin group is trying to break the cycle.

A driver's dash cam captured the aftermath of the collision. Video shows the man grabbing the woman before stepping out of the frame.

"I guess the word brazen comes to mind, to do something so horrible, just in front of so many people," Curtis B. Lokey said.

Lokey and his family had just parked near the Pennybacker Bridge Overlook when they heard what sounded like a crash.

"We thought that it was some kind of a pile-up, maybe an animal or something ran into the road. We didn't know what was going on," he said.

But soon he realized it was something more serious.

RELATED: 'It jumps into your emotions.' Witness describes domestic disturbance on Loop 360

"I noticed a lady in a green dress kind of appear out of the dust, and she was looking very frantic and running up to cars looking for help," he said.

Lokey, and others, chased after the man. Cellphone video taken moments later showed both the man and the woman on the ground as Lokey and other surrounded them.

"I had pulled a knife out to hopefully intimidate the guy into stopping what he was doing," Lokey said. 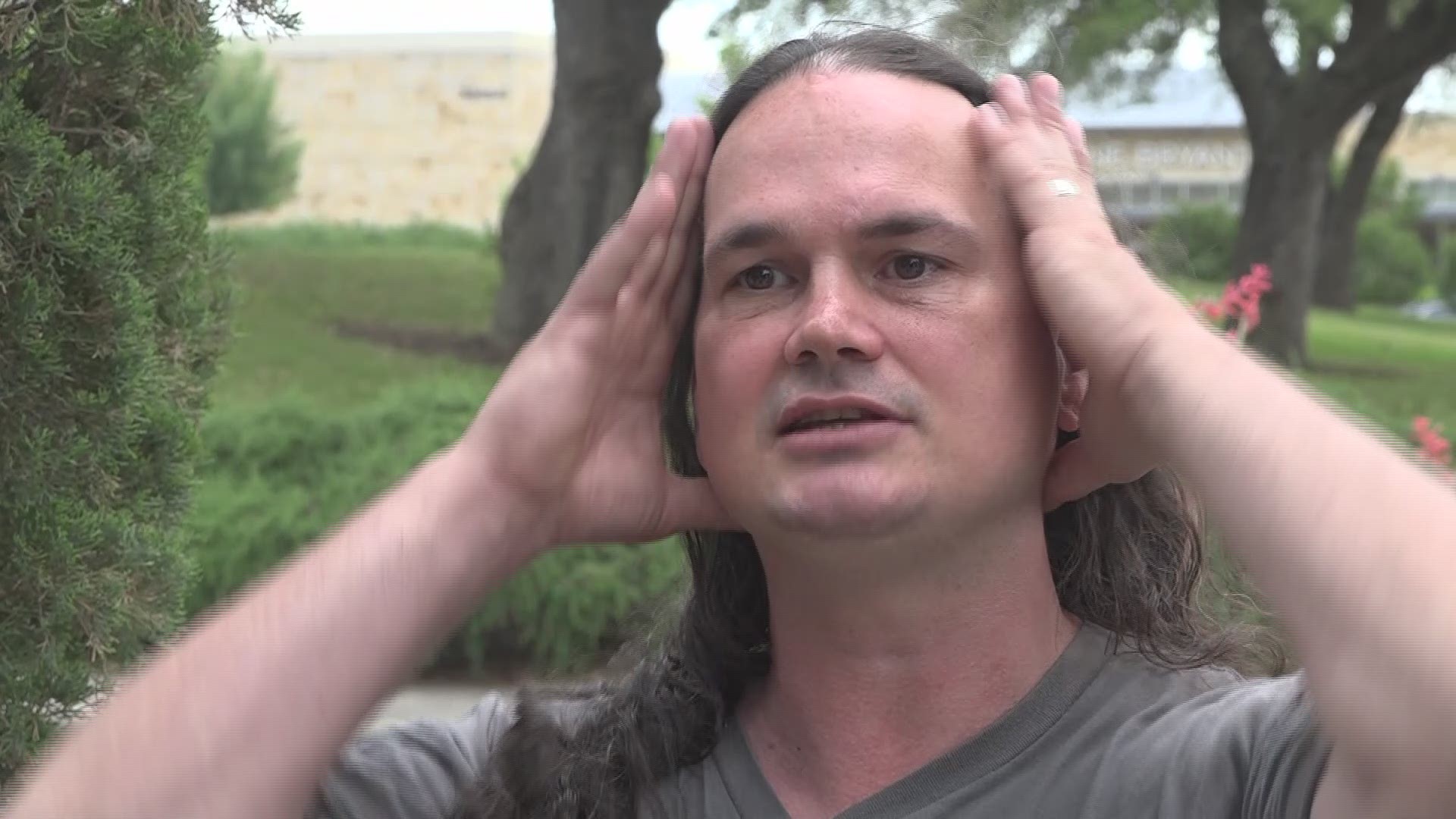 Then, he said, someone claiming to be a federal agent told the crowd to let the man go, and the suspect ran away.

Officers eventually shot and killed the unidentified man after he threatened to shoot officers in the woods nearby, police said.

Melinda Cantu, who works with domestic violence victims at SAFE, told KVUE what played out Sunday was a familiar scene.

Victims, like the woman shown in the videos, often reach out for help in different ways, especially when their lives are at risk.

"Sometimes, things happen so fast and so quickly that there's no turning back, and at that point, it's fight or flight and you're just trying to stay alive," she said.

Lokey calls the entire situation "mind-boggling." He just wanted to protect the woman.

"I don't think it should be considered unusual to jump in and help out in a situation like that," he said. "I think it's a normal thing that anyone should be expected to do."

A family friend told KVUE the victim is out of surgery after breaking her arm and is recovering in the hospital.

Police have not yet identified the suspect.

Give the SAFE hotline a call at 512-267-SAFE if you are a victim of domestic violence and need someone to speak with or resources.

Woman arrested after calling 911 asking how to kill her boyfriend