With firework shows canceled, here's what you need to know as families try to do their own

American Fireworks said their retail sales have increased compared to prior holidays. 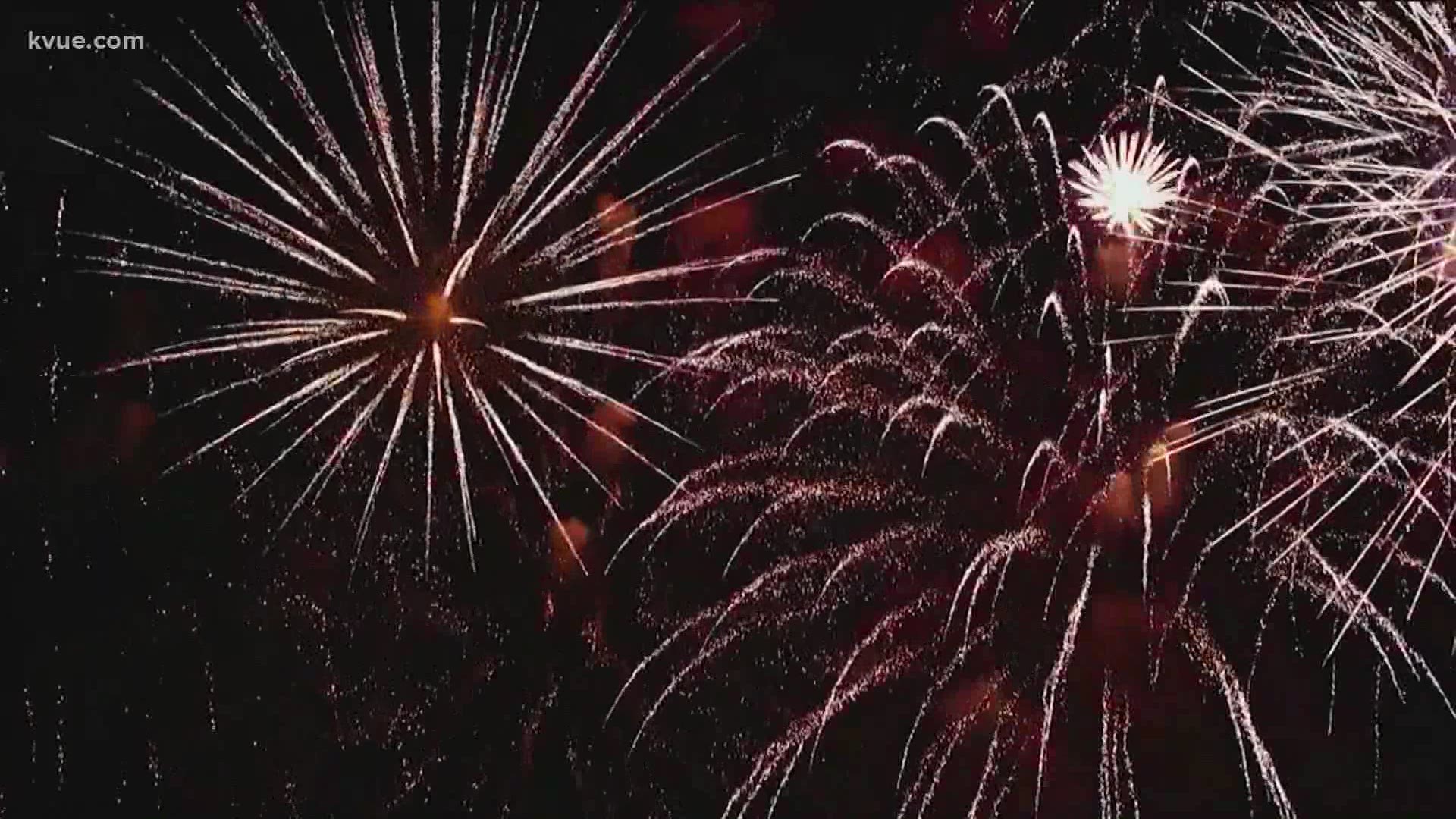 BASTROP COUNTY, Texas — The Fourth of July usually means fireworks, barbecues and people together to celebrate independence. But as the holiday nears closer this year, concerns over the coronavirus is also growing, causing many cities and organizers to cancel their events.

That does not mean the sky will stay dark. American Fireworks, a company based out of Bastrop County, said their sales increased compared to past holidays.

"People will not be going to big public displays where there are large crowds. They won't be traveling long distances away," said Chester Davis, owner of American Fireworks. "So, they are going to be home having their own backyard displays, their own picnics, their own barbecues."

Davis is taking multiple precautions at his stores to ensure shoppers stay safe while grabbing supplies. Davis' biggest recommendation to people is to get out there before the last day to avoid large gatherings.

Where to watch July 4th fireworks on TV, online this year

Customers are required to wear masks. Each store or stand will provide sanitizer and disinfect common items, countertops, carts and doors. Chester also ensured barriers separated guests from his employees at the register.

Finally, he said curbside pick-up or delivery are also options. While sales are up, it has not been all smooth sailing for the company that receives 90% of its shipments from overseas.

"We are at about 70% capacity of what we wanted and what we ordered. About 30% of it didn't come. We suspect it will come after the Fourth of July because the factories were shut down," he said.

As more first-time firework users buy the bright explosives this year to celebrate, Bob Nicks, president of the Austin Firefighters Association, had a stark warning for everyone to keep gatherings small.

"My biggest warning has to do with the COVID-19 disease itself. Everyone is acting like the disease is over, but the peak is probably going to happen from July to August. When you look at the rolling average hospitalization, it is staggering," Nicks said.

As of July 1, 6,904 people are currently hospitalized in Texas, with about 400 of those being in the Austin region, according to the Texas Health and Human Services Commission (HHSC) records. Only 23% of the staffed beds in the Austin region are available.

Austin Interim Health Authority Dr. Mark Escott said if this trend continues, he will have to advise Mayor Steve Adler and Judge Sam Biscoe to reissue stay-home orders. Additionally, Escott said that wearing a mask is essential. To see a detailed breakdown of the latest data in Central Texas, click here.

Despite using personal protective equipment routinely, according to Nicks, there has also been a "huge uptick" in the number of firefighters quarantined or COVID-19 positive in the last eight to ten days.

Nicks reported 19 firefighters total have tested positive for the virus and approximately 50 firefighters have quarantined due to exposure.

"I have a firefighter who just came out of the hospital. He was there for three days. He could barely breathe," Nicks said.

He highly encouraged families who do intend on celebrating to keep it to people who live in the household. When it comes to the fireworks themselves, he said it is important to follow these safety tips:

Each fireworks box will have instructions and warning labels for users to reference.