On Friday, White House officials said Austin had the highest positivity rate in the nation over the previous seven days. 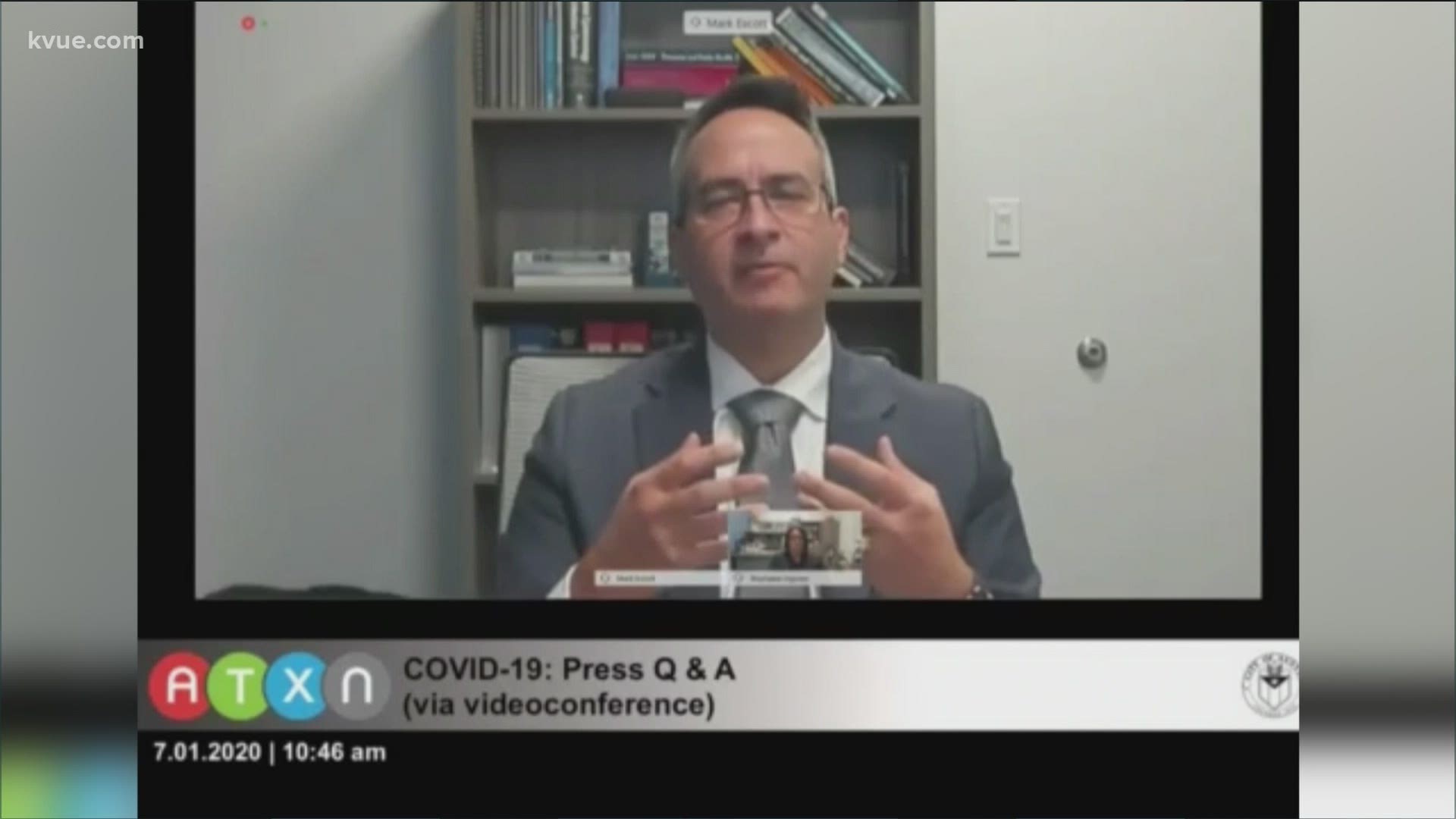 Coronavirus cases and hospitalizations have increased in Austin and across the state of Texas as a whole.

The Austin area broke its own three-day record for the number of new cases reported Saturday through Monday. Austin Mayor Steve Adler is now considering a new stay-at-home order if the surge continues – and the local health authority said wearing masks should be mandatory for the next year.

RELATED: Austin's positivity rate is the highest in the country. So what does that mean?

Interim Health Authority Dr. Mark Escott said if this trend continues, he will have to advise Mayor Steve Adler and Judge Sam Biscoe to reissue stay-home orders. Additionally, Escott said that wearing a mask is essential.

"It's not just about risk when you go out to businesses or to work," said Escott. "It's also a risk when you're getting around your friends and your extended family who live outside of your household."

Escott said the rate that the number of cases is increasing cannot be maintained.

"We are seeing stress points in Houston, Bexar County, San Antonio and our jurisdiction as well as Dallas," said Escott. "We cannot afford to have major fires burning in all our major cities and expect to be able to answer the call, to be able to provide hospital beds for everybody who gets sick."

Escott said, as of now, he is not worried that some of our health care systems are reporting 70% capacity, explaining hospitals usually operate at 85% or higher capacity.

"So I'm not really concerned about the 70% right now. I am concerned about the rate of increase in cases. Our hospitals have indicated to us that that they have additional capacity and now we have another thousand beds, which we expect will be available for COVID-19," said Escott.

Escott later said an alternate care site is in the works. The field hospital is in case health officials can't keep up with the demand for COVID-19 treatment.

"The alternate care site, the way that our team has designed, is that they can take as as few as 150 patients and they continue to add on units as needed. We may not need 1,000 beds. They're mentioning 150 or 300 beds to provide additional care to folks to help offload the burden on the hospitals," said Escott.

Escott said if demand increases, they will then increase bed capacity at the site. On Monday, KVUE learned Austin Convention Center is the alternate care site.

Escott also called on people to continue to social distancing despite the Fourth of July weekend coming up. He said the community is not doing enough to cause serious change.

"We've got to change behavior. We have to decrease that person to person interaction, which is at the heart of this disease spread. It doesn't simply spread on its own," said Escott.

Escott continued to express the importance of this virus being non-political.

"We cannot afford to develop polar positions on this issue. We can choose other issues to be polar on to show distinctions between Democrats or Republicans," said Escott. "It cannot be coronavirus. The facts are the facts."

On Friday, White House officials said Austin had the highest positivity rate in the nation over the previous seven days. Overall, Texas cities were four out of the top five on the list.