Central Texas teen loves cars, family and he's on the search for both

Dustin has a deep passion for supercars and muscle cars, and he would love to take one for a spin someday. 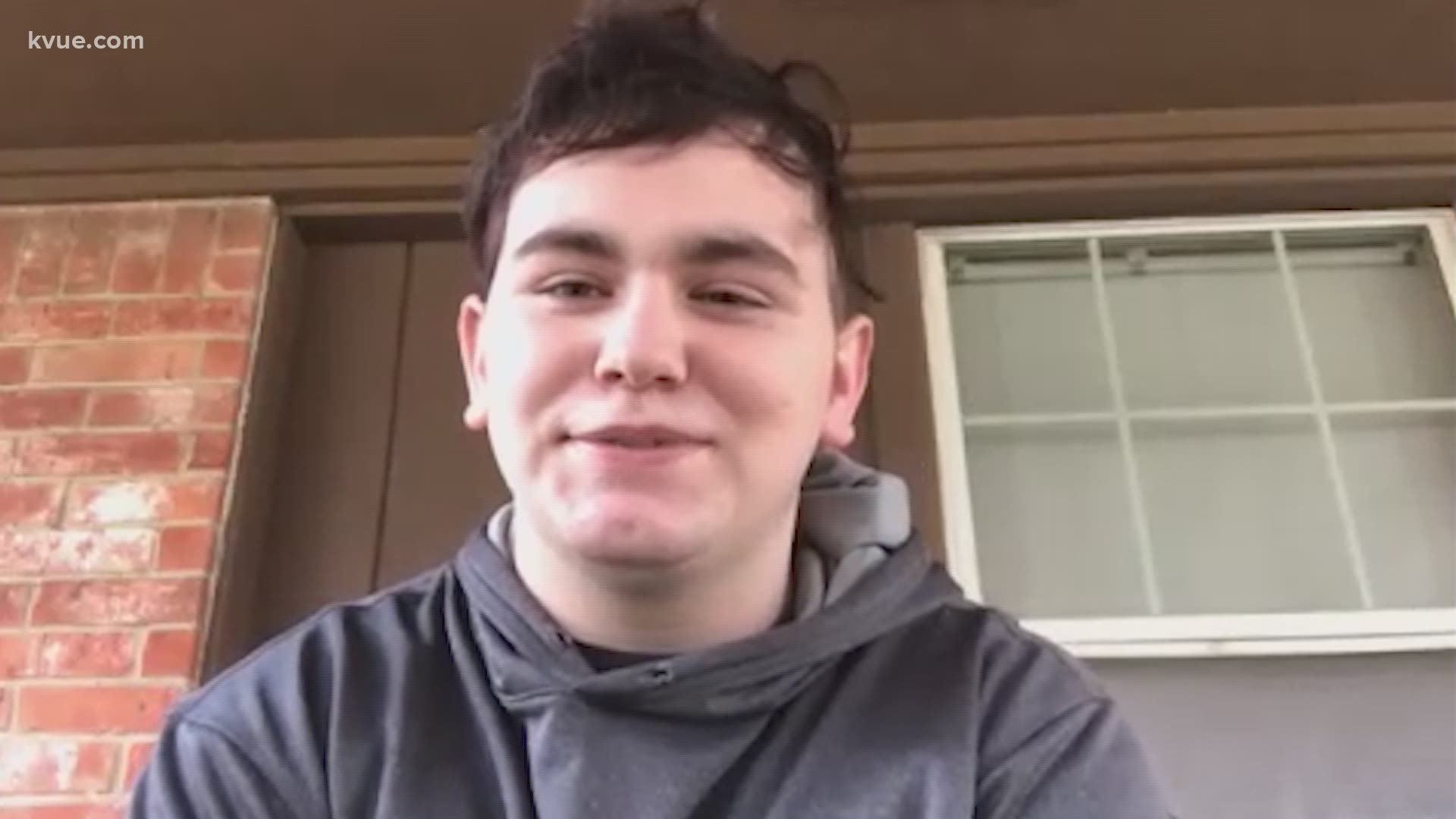 AUSTIN, Texas — If you could have any car in the world, what would it be?

The "Hellcat Demon," he said.

There is not much that Dustin loves more than cars. He is practically an expert in so many of them, especially supercars and muscle cars. He cannot wait for the day he gets to drive one.

While he waits for that day to come, Dustin is also on the lookout for a forever family.

Right now, Dustin is in the Texas Foster Care System, but he hopes a family will adopt him before he goes to college.

"I want them to like cars and stuff, motorcycles, anything with the engine. I just hope that it's a happy place," Dustin told KVUE's Tori Larned.

Many people in Dustin's life believe he is incredibly funny, but more than that, undeniably kind. Positive energy radiates off him.

Winter joined in on the Forever Family interview fun, showing Dustin millions of dollars worth of Lamborghinis, Porsches and Ferraris, along with many other super and muscle cars.

Oftentimes, Dustin is watching YouTube videos and playing racing games to learn more about these cars. He also loves getting in on the action and fixing up cars, too.

"I used to go out in the field and work on an old truck," Dustin said.

Dustin is not all cars all the time. He loves playing board games, watching Dragon Ball Z, and he is not someone you want to line up against on the football field.

In his first two years of high school as full-back and linebacker, Dustin was proud to share that he helped lead his team to two undefeated district championships.

While he is not positive about what he wants to focus on in college, Dustin said he has considered playing football.

Studies are important to Dustin too, though, so he will also focus his efforts on joining the Marines as a mechanic.

Dustin's forever family will be understanding and encouraging. He would thrive in a family that is nurturing and consistent while also being flexible. He would do great with a family who can laugh with him and share his love of sports and cars.

Dustin wants two siblings and is open to them being both older or younger.

To learn more about Dustin or to put in an inquiry to adopt him, visit his page on the Heart Gallery of Central Texas.

'We respect each other' | Central Texas brothers battle adversity together

An unbreakable bond: Sibling Trio in Austin looking for a family to adopt them together

15-year-old Central Texan has one wish: Get adopted by 'a loving family'