On Sunday morning, surrounded by his friends and family, Peter Young began his 1,700-plus mile trek to New York City from Zilker Park. 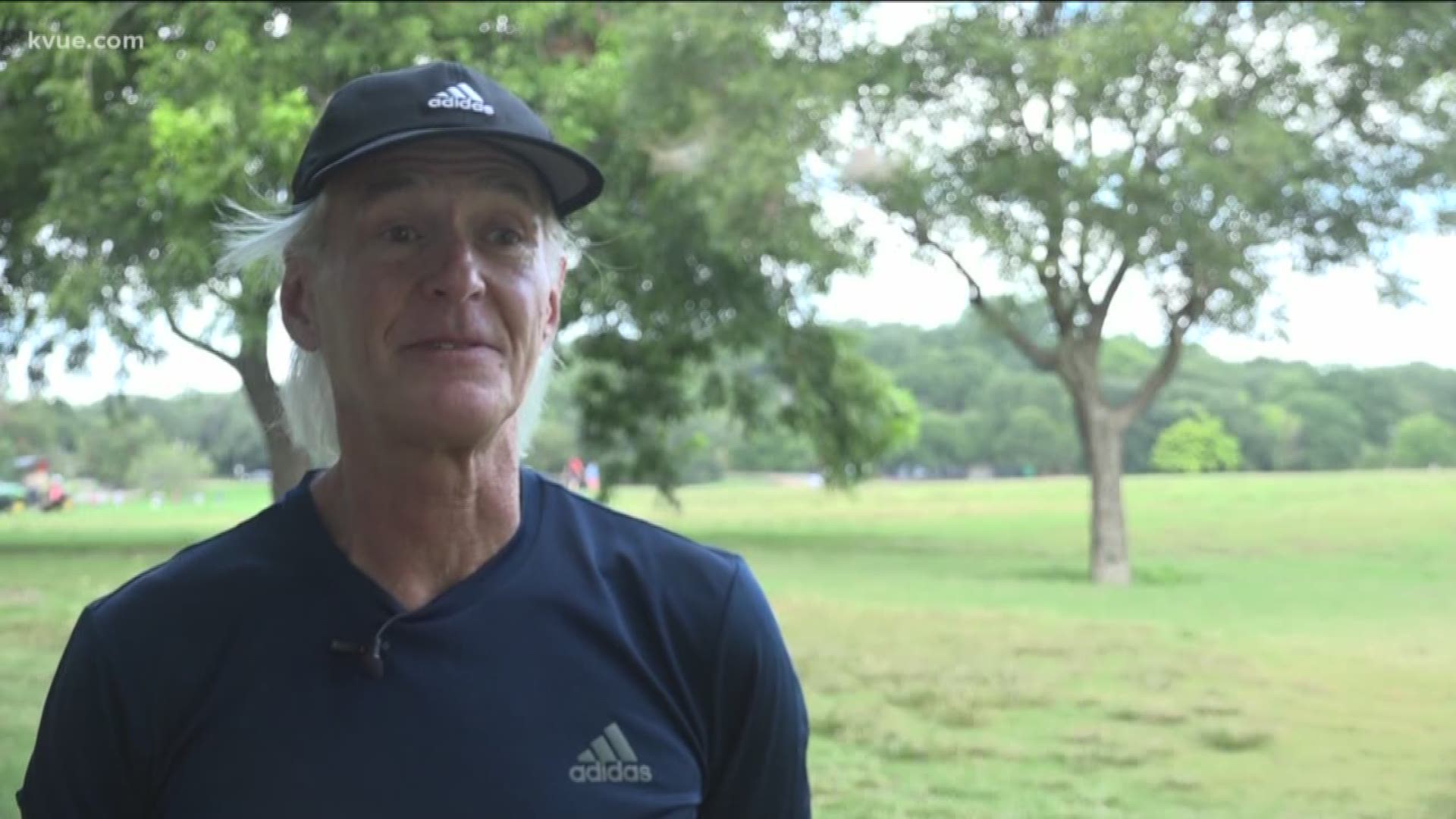 AUSTIN, Texas — "You don't need that much to be happy."

That's according to Peter Young. On Sunday morning, surrounded by his friends and family, he began his 1,700-plus mile trek to New York City's Central Park from Austin's Zilker Park.

His mode of travel: walking.

"I will walk approximately 20 miles a day, average, rest when I need to, but that will be about the average," Young said. "The route itself will take me through East Texas, little corner of west – northwest Louisiana, southern Arkansas, northern Mississippi and Alabama and up to Tennessee into Virginia, eastern Pennsylvania and New Jersey and then, finally, well, yeah!"

Young plans to be in New York City by Thanksgiving. He has participated in marathons in Austin, Los Angeles and even Mexico City, but said this will be his biggest challenge. However, he also said he's ready.

"There are about six pounds of water in here," Young said, motioning to his backpack. "I've got my safety stuff, strobe light, water. I've got everything I need!"

Young, 58, is full of energy and ambition. But he said it wasn't always like this. Ten years ago, he had knee-replacement surgery and from there, life began to throw him curveballs, one after another.

That is until one day at the Austin City Limits Festival three years ago in Zilker Park.

"I was just in a rut and decided that I really had to change something, and it was actually under that tree that I decided to be happy," Young said, pointing to a tree in the park. "I got kinda mad at myself and started to feel I didn't want to feel like that anymore, so I sat under the tree watched the people and de-tangled a little bit and when I stood up I made the decision to be happy."

Shortly thereafter, Young began to find energy and happiness in exercising and staying active. Now he just wants to help others find what makes them happy.

"I'm super proud because he [Young] went from not doing much and being overweight and unhappy to who he is today. It's been crazy to see that transformation and how consciously he's focused on him, his health mental health, which is super important," said Thomas Young, Peter's son, who was among those in the park to see him off. "So for everybody it may not be walking, it may be taking time to yourself or meditating or running or hiking or whatever, it doesn't matter what it is, as long as it's something for you."

Young said he credits Austin for being the place that helped him channel something that truly makes him happy.

"Austin is one of the best walking cities I've been to. You've got the park, the trails, I've walked all over," Young said. "Create that goal and it sounds really simple – and almost too simple, and I've been criticized for oversimplifying things – but my answer to that is most people over complicate things so it's really – happy is kinda what it's about."

Young said he plans to keep everyone updated on his travels and journey to Central Park. You can stay connected to him through his website and Instagram.