The child was found hiding under a bed wearing only underwear, according to an affidavit. 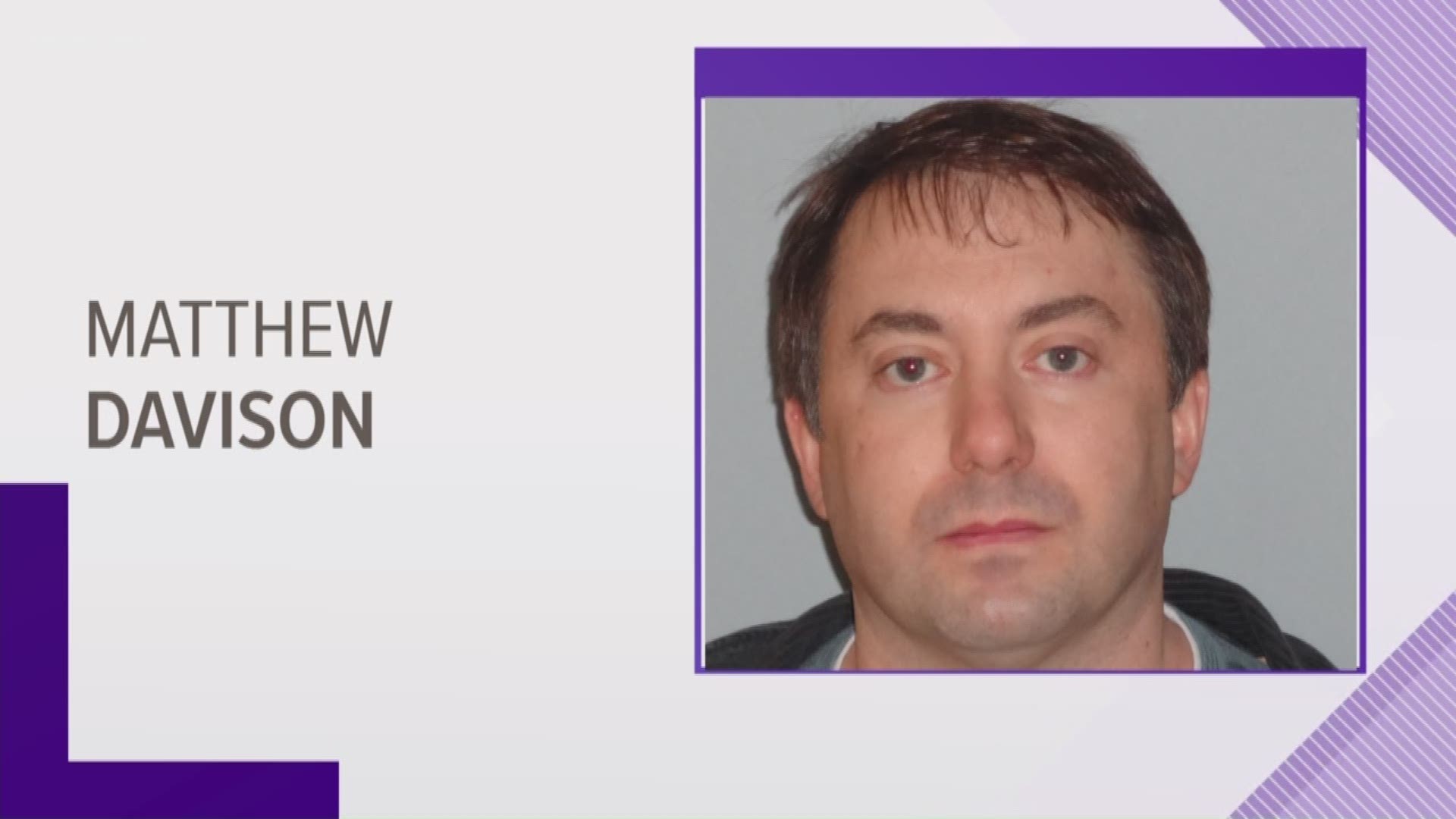 AUSTIN, Texas — A runaway boy under the age of 18 was found at the home of a registered sex offender on Friday wearing only his underwear, according to a police affidavit.

Police say they responded to an incident at around 3:20 p.m. at 9604 Sugar Hill Drive. in Austin. Round Rock police had received information that a missing juvenile was at the address.

The resident of the home, Matthew Davison, 42, is a registered sex offender, according to the document.

Police searched Davison’s home and reportedly found the missing boy hiding under the bed in the master bedroom wearing only underwear.

According to the affidavit, Davison told police he allowed the child to stay at his house overnight and was negligent about whether the child was absent from his home without his parents’ consent.

Davison has been charged with harboring a runaway child, a class A misdemeanor.

One dead in North Austin shooting