Andrew O'Brien's mother is a convicted murderer who killed her husband in 2011. 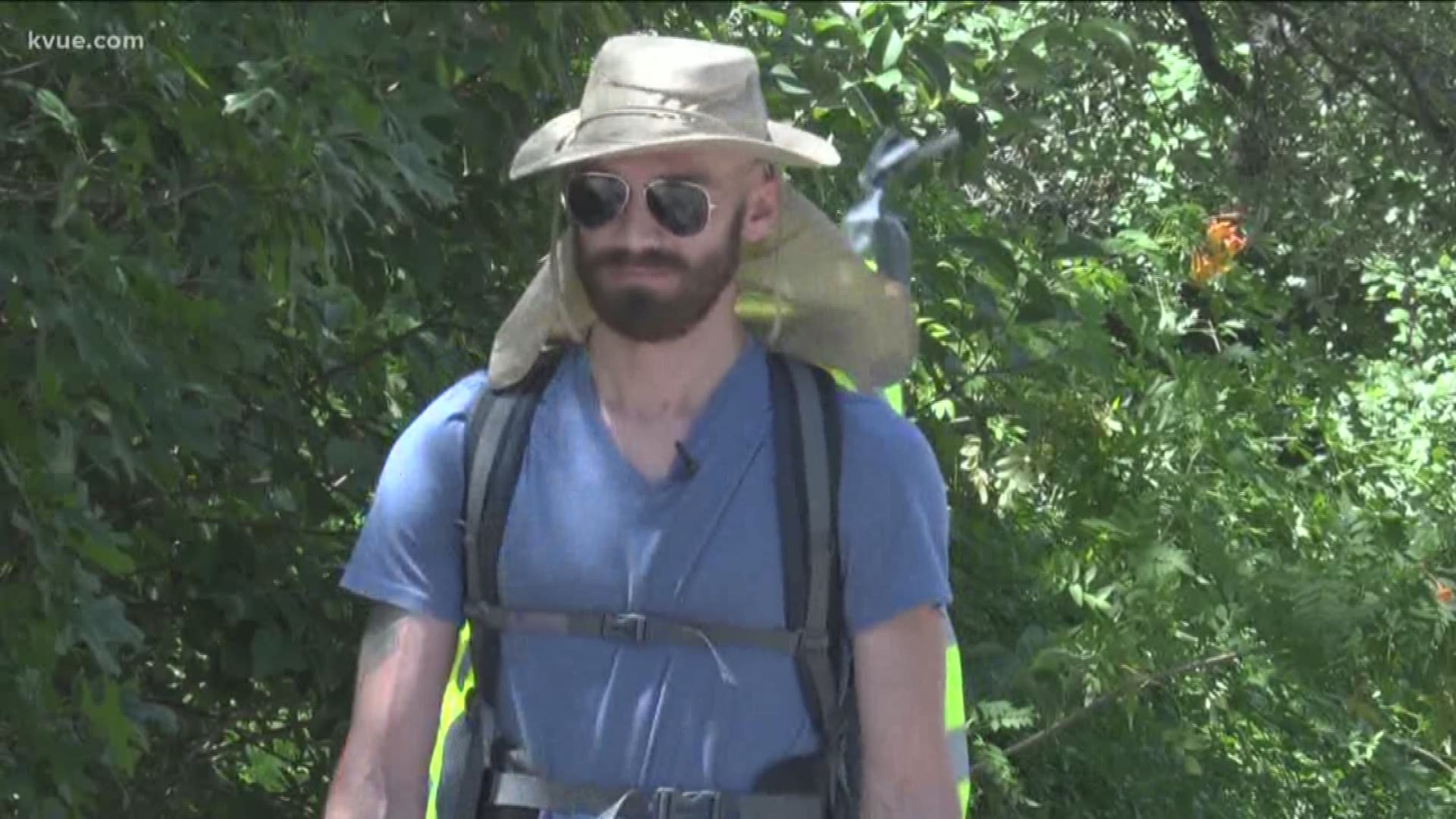 AUSTIN, Texas — He said it is the first step to transforming his life. Andrew O'Brien is walking for four days straight.

O'Brien is on a journey to find forgiveness and raise awareness about mental health.

His mother is a convicted murderer. Michele Williams killed her husband in 2011.

O'Brien said she tried to convince her sons that her husband's ex-wife did it.

RELATED: He lost his father, then his mother, then their home. This week he graduated high school.

"My mother was the biggest issue of my life," said O'Brien. "My childhood was really, really rough. I had a really rough upbringing. I watched her treat men horribly. I watched her abuse men and cheat on them, and that led into a lot of anger that I had towards women."

O'Brien is also a veteran, serving in Iraq starting in 2007. At 22 years old, he tried to kill himself.

"Two days later I wake up in the ICU with machines connected to me," he said.

Then, the father of three lost his unborn child.

"If I change my life then it gives purpose to his loss," O'Brien said, "which may sound kind of cold, but I have to believe there's a reason. Right? Or otherwise it breaks me."

Now he will walk 102 miles to the women's prison in Gatesville to face his mother.

"I feel like at 31 years old, I'm not that little boy anymore," said O'Brien. "It's time for me to man up and forgive so I can change my life. And I can take responsibility. I can't be the victim forever. "

O'Brien adds that a lot of people view this walk as the end of the journey.

"It's really the beginning," he said. "I think the hardest part of overcoming trauma isn't the experience. It's the forgiveness."

RELATED: These two medics served in WWII. One flew into Normandy. Decades later, they reunited

He will be documenting his journey on his Facebook page called "This Crazy Journey." O'Brien said he will be posting livestreams three times a day. His journey will also be documented on his website.

Z Creative will be following along on his journey, according to O'Brien, and they plan to crowdfund the project.

It's official: 'The Office' will leave Netflix in 2021