Ten years after being told she would never walk again, Paulette Stowers now works for the rehab clinic that helped her get back on her feet. 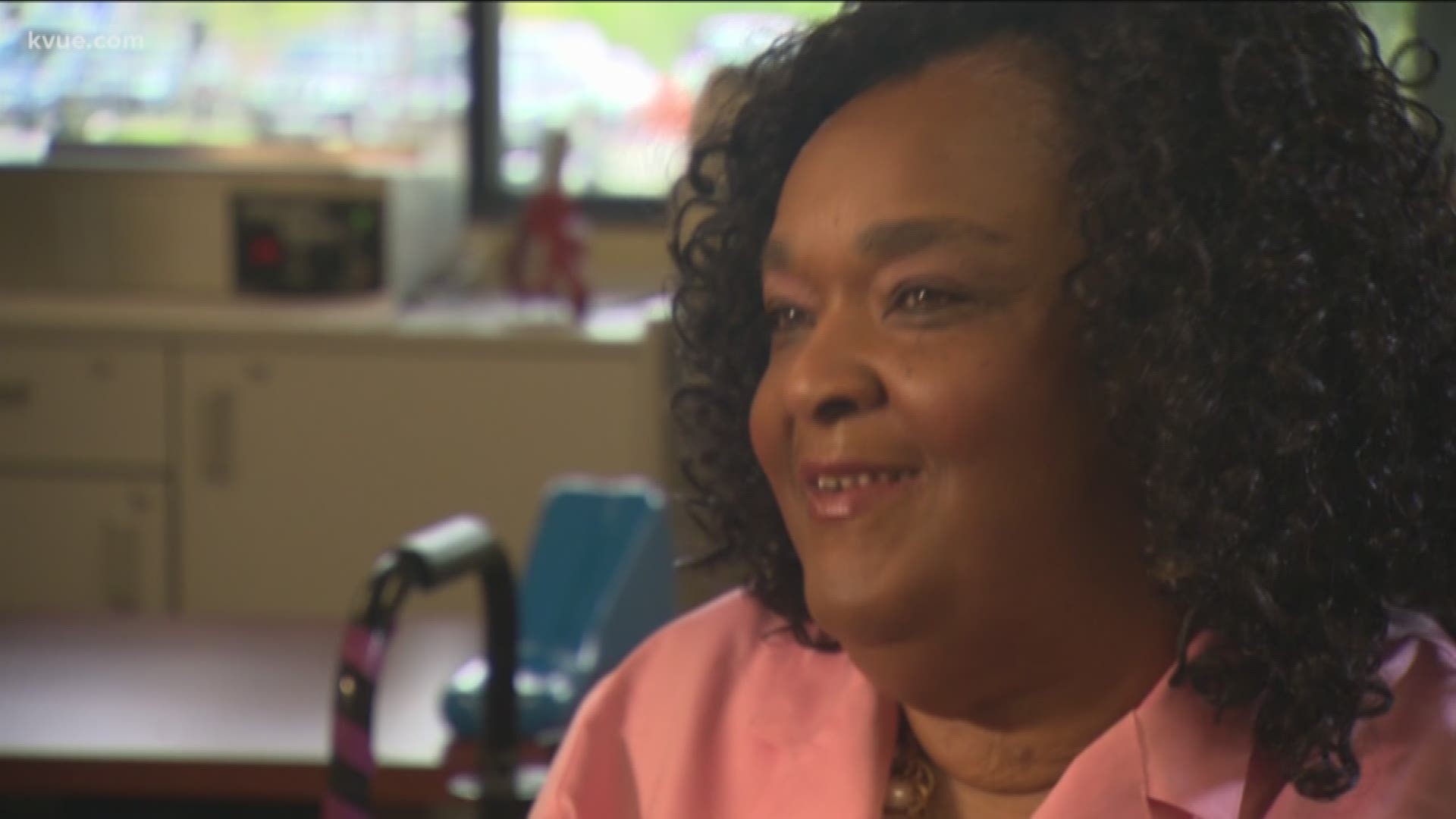 AUSTIN, Texas — Have you ever met someone who stays positive through almost anything?

Most people who have been through rehab at St. David's Medical Center in Austin know someone like that.

For the last three years, Paulette Stowers has helped with administrative work at St. David's.

"I do phone calls about two hours a day," Stowers said.

Her coworkers said she is always full of positivity – which is impressive, considering what she's gone through.

In 2009, she was diagnosed with a tumor and told she would never walk again because of the pressure it put on her spinal cord.

"By six doctors in all. Yeah, it's not supposed to happen," she said.

Because of the tumor's placement, doctors originally chose not to operate. But after severe nerve pain caused her to get a second opinion, she had surgery to remove the tumor.

For three years after that, she was in a wheelchair, still unable to move her legs. But what happened next she calls a miracle.

Back in 2011, KVUE showed you her story. After surgery and three years of waiting, she started to walk again. Her longest walk at the time was a struggle.

"Oh my god, I was making, what, baby steps," she said, as she walked down the hallway. "But look at me now. God is awesome."

Now in that same hallway, she walks without assistance and does it for her job.

PHOTOS: Woman comes back from being paralyzed, works at hospital where she had treatment

1 / 6
Paulette Stowers
Doctors worried Stowers would be permanently paralyzed due to severe nerve damage caused by a tumor. She can now walk. (Credit: Paulette Stowers)

"That doesn't happen every day. She's fantastic, and she's great with patients. She's just an inspiration for patients, for staff, for everybody," Dr. Juan Latorre, one of her doctors at St. David's, said. "She's a terrific asset for us to have her here, not just because of the person she is but because of her story."

Now she works at the same rehab facility she was treated at, where she fills the hospital and everyone in it with positivity.