This Austin man biked every street in the city 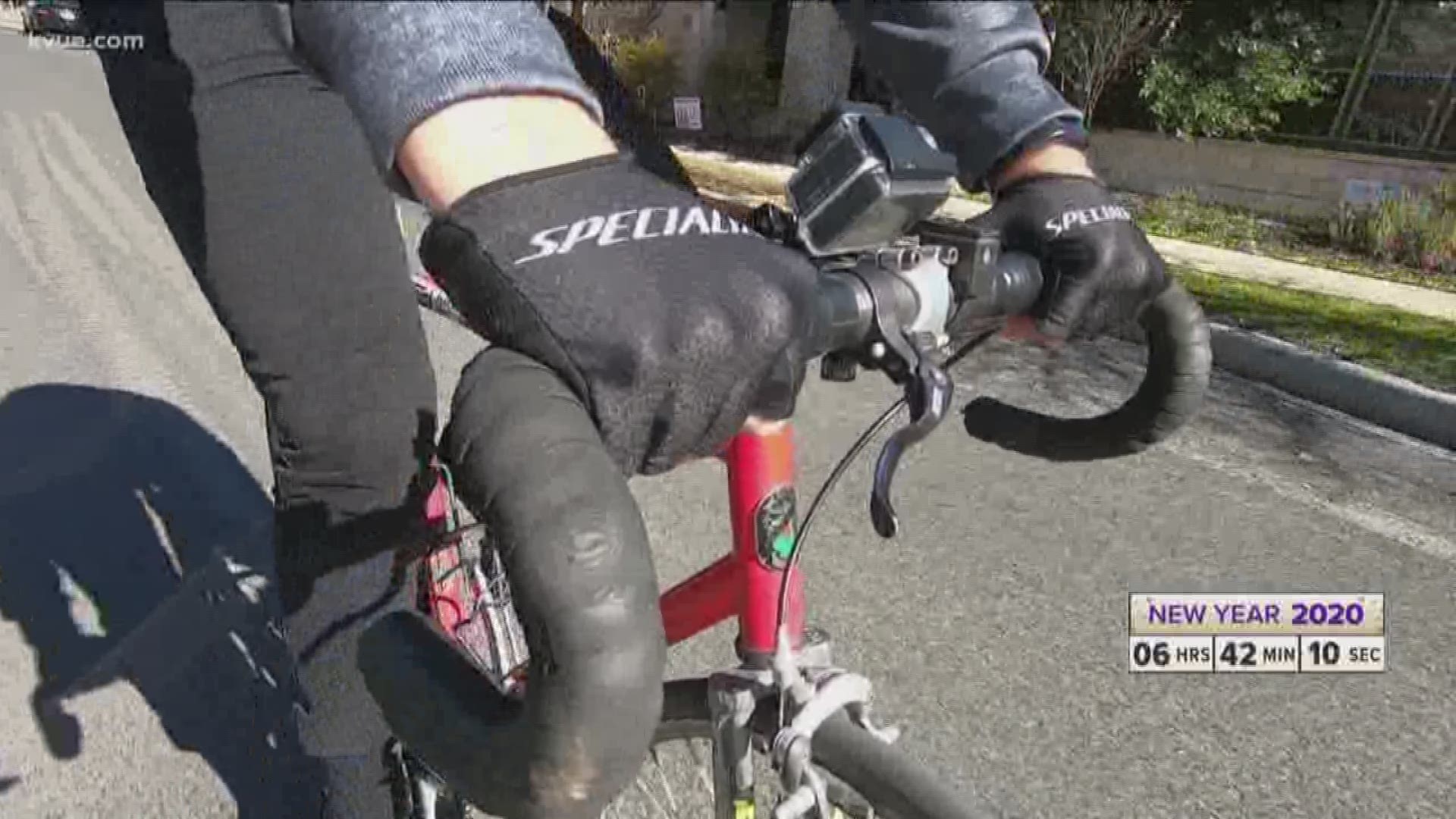 AUSTIN, Texas — An Austin man has accomplished what most of us have probably never even thought of: cycling on every street in the city.

But between work, raising a family and cycling, Aaron Chamberlain was geared up for the challenge.

"It all started during my commutes," he said.

The cyclist started his project in November 2018 and finished exactly two weeks ago.

"I would have liked to finish in a year. I finished in a year and 20 days so I thought that was pretty good," he said.

Chamberlain tracked his progress on Instagram, from the first month to the last. And during the nearly 13-month crusade, the 40-year-old noticed a few things.

"Out west, you have insane hills, things like that. I have a single-gear bike, a fixed-gear bike, so I couldn't drop into a lower gear and spin up the hills so there were times I would have to walk up the hills because it would just be physically impossible to get up those hills," he said.

It was also dangerous on certain roadways, like Parmer Lane and RM 2222, so he asked for help from his wife, Sophia.

"That was a little nerve-racking but I was glad I was there to do it because as you're seeing some of the cars zooming past, I wouldn't have wanted him to do it without some sort of support car behind him," Sophia Chamberlain said.

"It got very, very obscure," he said with a laugh.

But it was one full of memorable images, animals and stories – including spotting 61 VW vans throughout the city.

As for what's next, Aaron said he wants to see more of Texas – although not every single street.