Here's a roundup of the top 10 Austin-area stories you clicked on this year. 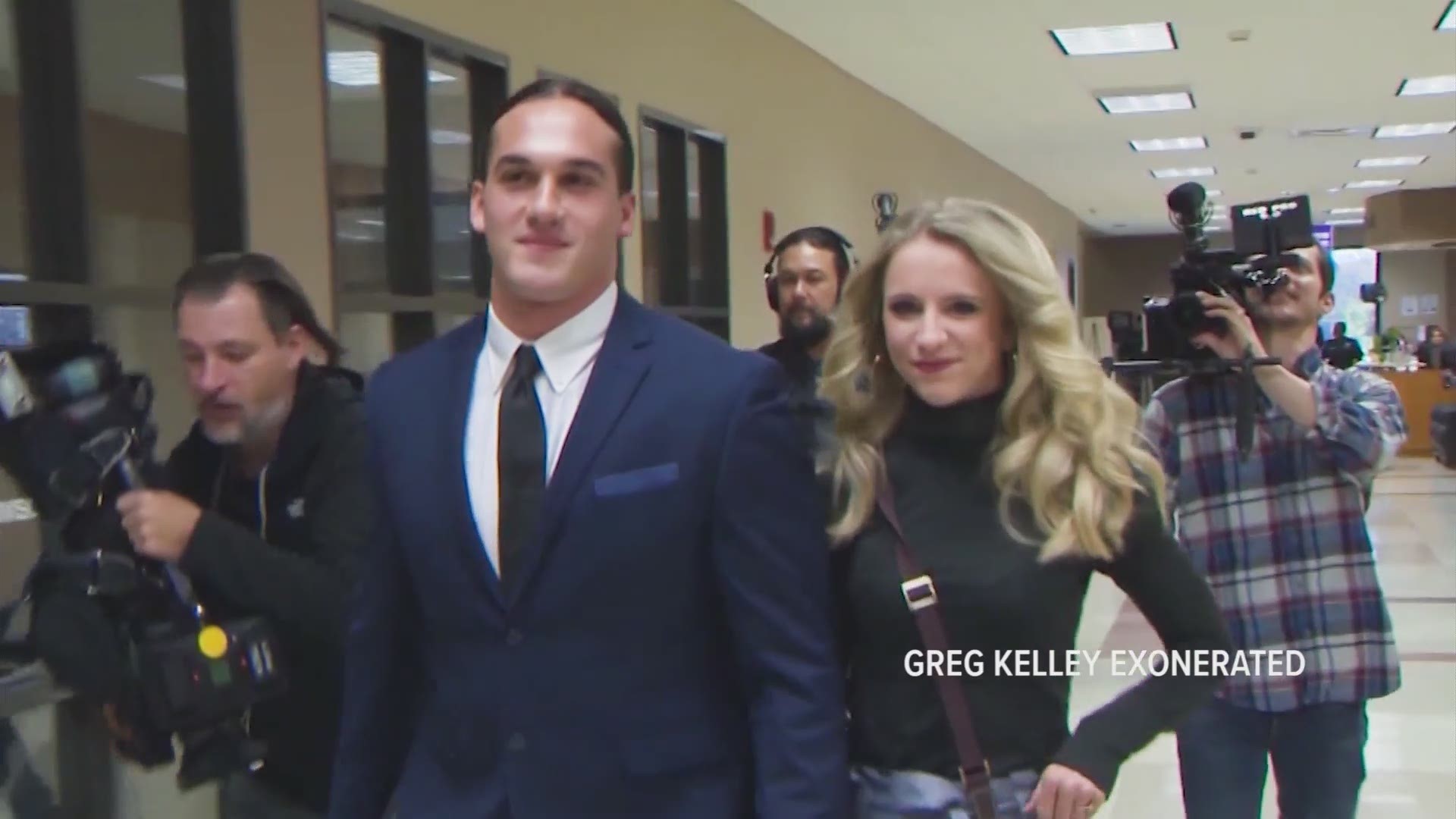 As we step into a new decade, we are reflecting on the top stories that made headlines this year.

Here's a roundup of the top 10 Austin-area stories you clicked on this year.

With only a few days left in the year, the heartbreaking news that a missing Austin mom was found dead made headlines everywhere. Heidi Broussard was found dead in a trunk of a vehicle at a home in Houston. Her baby, Margo Carey, was found alive inside the home. Broussard's "close friend" has been arrested in connection to her death. Sources told KVUE Magen Fieramusca, 33, had been plotting to take Broussard's baby from her. Sources added that Fieramusca even pretended to be pregnant at the same time as Broussard and was there when she delivered Carey.

2. You can eat and sleep at the original 'Texas Chainsaw Massacre' gas station in Bastrop

One thing's for sure: When Texas barbecue is tied to a horror movie classic, KVUE viewers eat it up. "The Gas Station" could be the coolest or creepiest place to saw your teeth into some barbecue. The gas station turned restaurant serves up all kinds of barbecue and merchandise for horror movie buffs. The actual owners of the lot bought it years back, refurbished the building and opened it to the public in 2016.

Snead, who played for the Longhorns in 2006 before transferring to Ole Miss, was found dead back in September. Authorities responded to a call to help unlock a car or apartment on South Congress Avenue. When they arrived, they found what is described as an "obvious dead on scene." Police do not suspect foul play.

4. VERIFY: No gold star on your license? Here's what that means for Texans

If you don't have a gold star on your license by October 2020 and you plan to fly, you won't be able to get through the Transportation Security Administration (TSA) line at the airport. This stems from the REAL ID Act. Congress passed it in 2005. It requires more documents and proof of identity than non-REAL ID licenses.

Alright, alright, alright. It's no secret Austinites love Matthew McConaughey, especially when it comes to his position at the University of Texas. When KVUE revealed just how much the professor made, it instantly got clicks. The Minister of Culture makes $12,009.60 a year – about $6,000 a semester – for teaching film classes at the Moody College of Communication.

Benson was driving at a high rate of speed during a motorcycle crash that took his life and the life of his passenger, according to officials. The crash happened on FM 2222 at the 5600 block of Mount Bonnell Road. Benson and 27-year-old Aamna Najam were declared dead at the scene.

After a video of a Lehman High School substitute teacher allegedly fighting a student was shared on social media, she was fired. The video appears to show Tiffani Shadell Lankford, 32, punching the student multiple times, pulling her from her desk and stomping on her head. The student's family later confirmed that she suffered from a brain injury as a result of the fight. According to the student's lawyer, the student also suffered acute post-traumatic anxiety.

8. Austin airport announces nonstop flights to Paris with tickets as low as $220

Based on the number of times people clicked on this article, it's clear some travelers are ready to pack their bags and head to Paris. The Austin-Bergstrom International Airport (AUS) announced in October that people will soon be able to fly nonstop to France's capital. Starting in May 2020, Norwegian Airlines will start the nonstop service. Au revoir!

Back in October, a local company put itself in deep water after publicly shaming a job applicant. Austinite Emily Clow told KVUE when she applied for a position at Kickass Masterminds, she did not expect to be shamed for a photo she shared on Instagram months prior. Clow said the company took a screenshot of the photo that shows herself in a bikini and shared it on the company's Instagram stories with a "PSA." The company wrote, "PSA (because I know some of you applicants are looking at this): do not share your social media with a potential employer if this is the kind of content on it. I am looking for a professional marketer – not a bikini model." It didn't take long before the company was called out on social media.

Credit: Emily Clow, Instagram
After Emily Clow applied for a job, she later found out that the company took a screenshot of her Instagram photo and posted it on their Instagram story.

The Austin resident was arrested back in October at the bar Stereotype after police said he allegedly got into an argument with people inside before it got physical. Padalecki was escorted outside of the bar where he allegedly slapped the assistant manager and punched the general manager in the face. That bar is located on Rio Grande Street near East Sixth Street.

To make sure you're in the know about Austin's latest news and weather updates, be sure to download the KVUE app here.