Any Length Retreat, a men’s addiction recovery center in Pflugerville, helps people struggling with addiction from across the country. 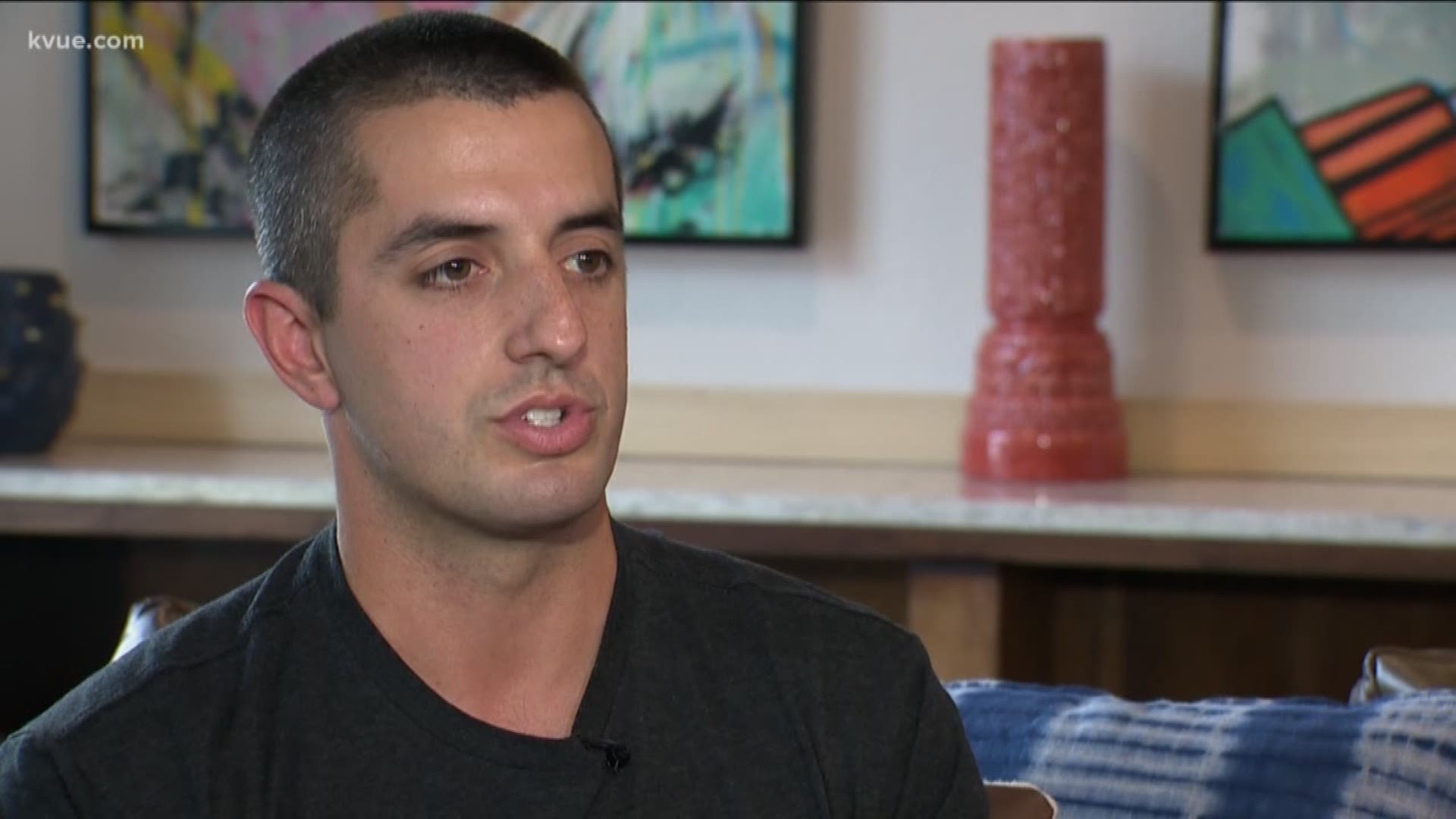 PFLUGERVILLE, Texas — At Any Length Retreat in Pflugerville, addiction recovery comes in many forms.

The 12 Steps are just one part of the integrated care that helps men recover from alcohol or other substance addictions. It’s about family and brotherhood, focused on community.

For Tyler Rives, its been life-changing.

“I wasn't sure if I was totally ready to give up what I was doing, but there was some part of me deep down inside that was saying I didn't want to live like this anymore,” Rives, 32, said.

He got hooked on prescription pain medications around the age of 24, before starting intravenous heroin use.

“You get to this point where you can't really imagine life with or without it,” Rives said.

He lost relationships with family and friends in a downward spiral, before his first and only overdose that sent him to the hospital. Narcan saved his life. He tried different treatment programs before finding AnyLength – the one that stuck with him.

“Life looks a lot different than it did,” Rives said. “I'm not laying around in bed all day watching Netflix or YouTube – it's actually kind of the opposite. I don't even like being in the house for too long now. I get a little stir crazy if I'm there for too long.”

He spent 60 days at Any Length before entering a sober living home.

“At that time, like 30 days, 60 days, is an eternity,” Rives said. “Don't lose hope – that was the one thing that I felt like was like slowly drifting further and further away from me, and I was getting to that point where I really didn't see a way out.”

Any Length was started by Robert White back in 2016 with a focus on creating a strong foundation for helping men recover.

“It's about, how do I live life after I leave here?” White said. “This isn't the bubble; this is real life, this is real recovery.”

White created the retreat after his own struggle with addiction.

“Every time I would use marijuana or alcohol or both at the same time, I would always end up back on heroin,” White said. “I went from 17 to 24 in and out of different institutions, treatment centers, jail – I went to prison as part of my story.”

Now, he’s focused on living in gratitude and making sure no one struggles alone.

“You can overcome it if you take action, and it's going to be uncomfortable,” White said.

For Rives, who now works at the retreat and recently became a certified personal trainer, his outlook on life has totally changed.

“I get to work at a place that helped save my life and continue to be an example of what this way of life provides,” Rives said. “Now I feel like I have some purpose and direction with what I want to do with myself. I feel like I've been called to help other people.”

He’s been able to restore relationships with people he never thought would talk to him again, grateful for the opportunity to live a life better than he imagined.

“Going from this hopeless state of mind to feeling like I can accomplish anything that I put my mind to now is just the most relieving sense that I've had come over me,” Rives said.