A homeless camp sits inside a tunnel that runs underneath East Riverside Drive. 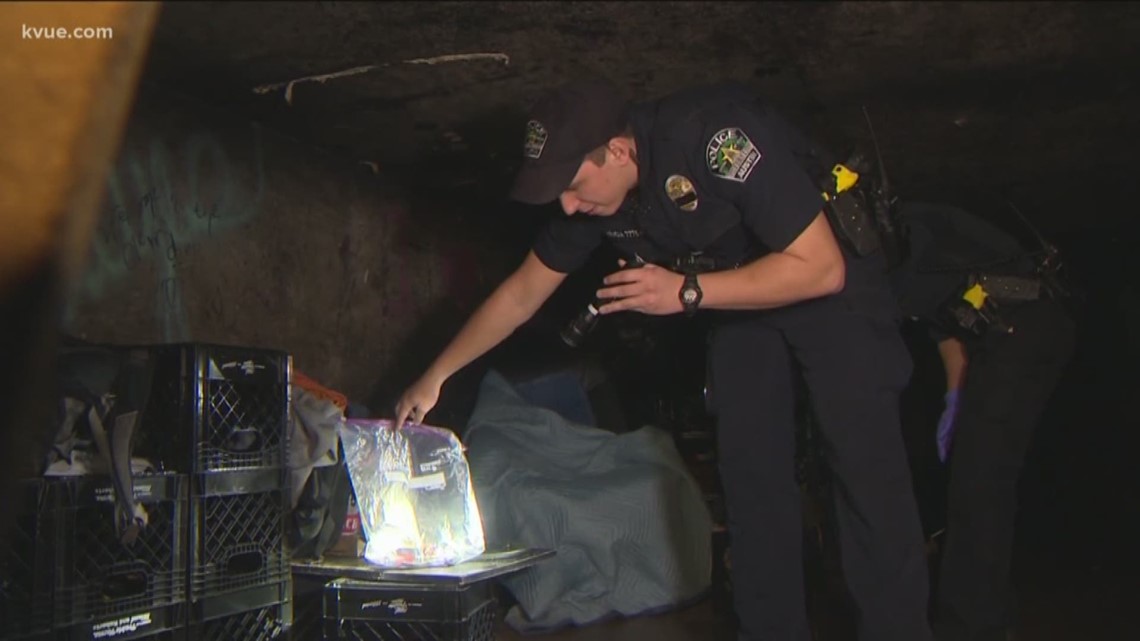 There are tunnels that run under East Riverside Drive at Willow Creek Drive, which police say are a "hotspot" for violent crimes, prostitution and drug deals.

In September, the RISE Team started reaching out to the people who lived in the tunnels, getting to know them and giving them resources on how they can get help.

"We’re trying to get them the resources that they need to ensure that we can improve their quality of life and get them the help that they need," said APD Sgt. Hector Campos. "And then hopefully make the community a little bit safer in the process, as well."

Campos said police have not made arrests yet, but they have given out warnings.

He said along with being illegal to live there, it's a safety and health concern.

"For all the urine, all the debris, all the feces that’s become accumulated down there that when it rains, it gets washed down unfortunately into our lakes," said Campos. "Obviously, that’s part of our drinking water, and we don’t want drug paraphernalia and things of that nature to go in there."

Inside the tunnels, police pointed out candles and campfires next to structures made out of pallets and cardboard.

"So, you can imagine, if a fire were to happen back in here, the people would be trapped," said Officer Karl Krycia.

"A lot of it right now is focused on finding out if they know where they’re going to relocate to, so we can follow up with them and reestablish them with supportive services wherever they settle at so they’re not dependent on 911," said Commander Blake Hardy with ATCEMS.

Police said this week is focused on outreach. ATCEMS will also work through the week to provide medical and mental health services.

After this week, police said officers will start warning people again that it's illegal and unsafe to live in the tunnels. Police said, following that, they will start enforcement.

Austin Watershed Protection will conduct a debris removal on Jan. 29. Following the removal, Austin Watershed will install a barrier to prevent people from entering the tunnels.