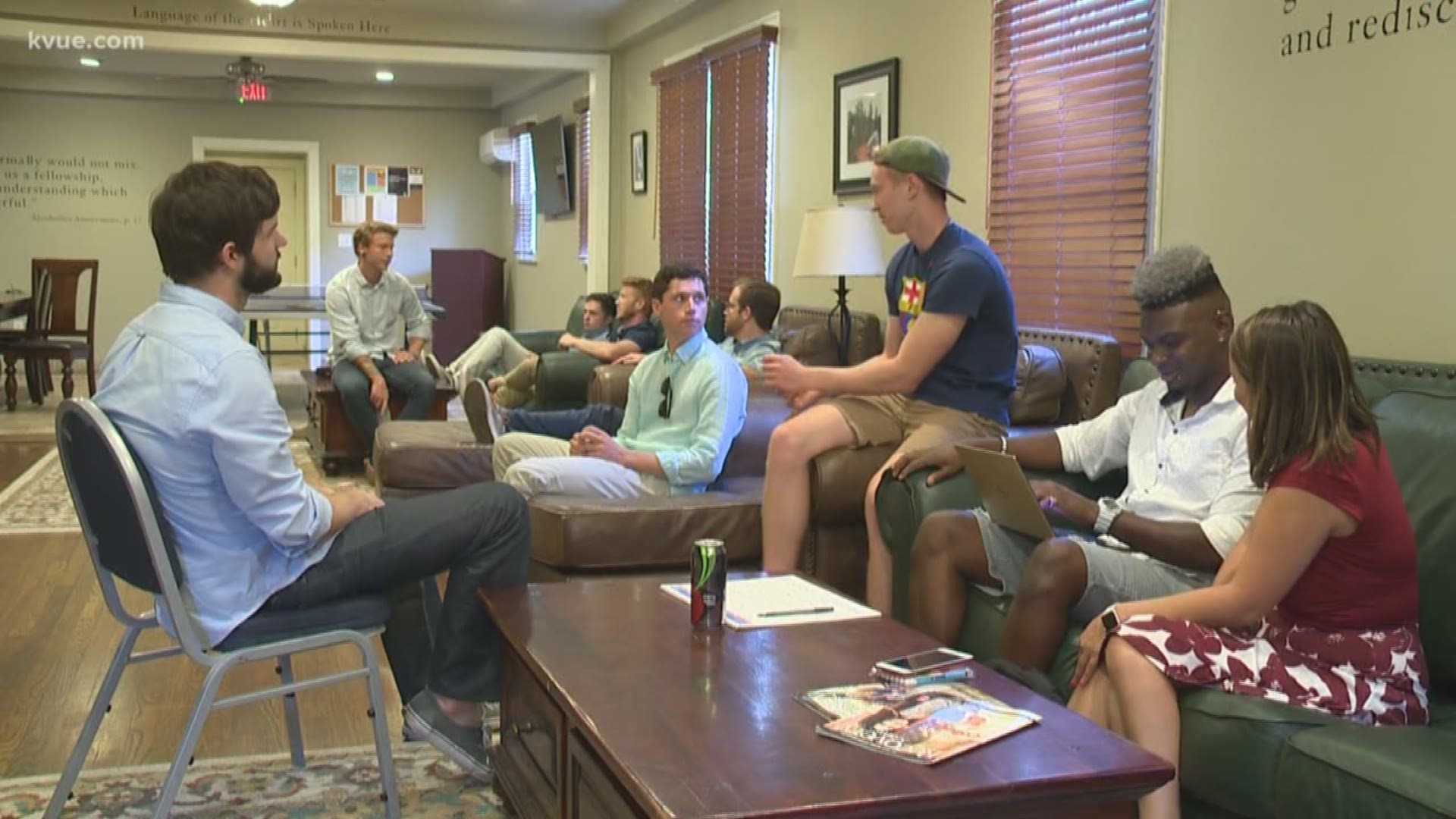 AUSTIN — A sober fraternity on West Campus is celebrating one year of serving young adults in Central Texas. And in their second year, they want to reach more than just students at UT.

"Being a college student in recovery should be celebrated, but it actually makes you isolated,” said Alpha 180 Executive Director Nico Doorn.

Doorn said that's what they're working to change.

"It's been really cool to just see people go like, 'Wow, that's something that needed to exist, I'm so glad you guys are there,'” said Doorn.

But Doorn said they’re not affiliated with UT, and you don’t need to be a student to use their resources.

“We really see ourselves as a resource to the student community,” said Doorn.

It’s also open to both men and women.

"We wanted a place that had its doors open to anybody that was looking for a sober community that wasn't a treatment center, wasn't clinical, it felt fun, a place to make friends to have the college experience, just minus drugs and alcohol,” said Doorn.

"On the weekends, we're doing everything from going to movies, to paddle boarding, to cliff jumping,” said Matthew Caldwell.

"As I was going through recovery, I really wanted to get back to school,” said Caldwell. “I was just really looking for the right fit.”

"I'd say I struggled a lot in my early years at school just trying to fit into a group,” said Caldwell.

But now he said he's found his community of support.

“The amount of support I get from my brotherhood is just unparalleled,” said Caldwell.

"That's really what we're going for here, is just to help the people who are here feel a part of a community, rather than alone,” said Doorn.

A community that hopes to help even more recovering young adults as they go into their second year.

Find out more about the organization here.