On January 14, low-cost airline Allegiant Air announced the addition of 44 new nonstop routes throughout the U.S., including four from Austin's airport. 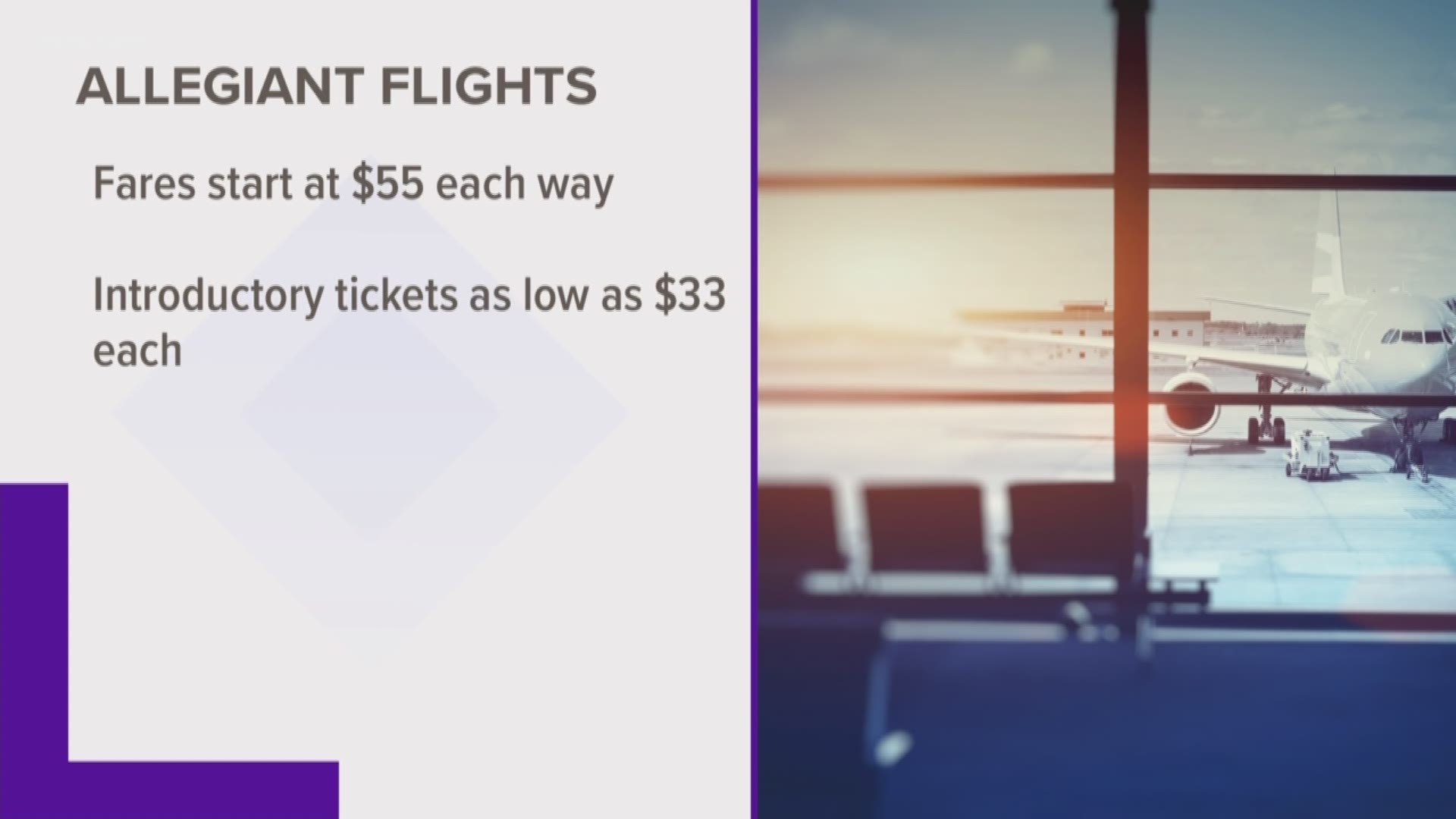 This spring, Austin travelers can fly to four cities across the country for about the same prices as a blow-out. On Jan. 14, low-cost airline Allegiant Air announced the addition of 44 new nonstop routes throughout the U.S., including four from Austin-Bergstrom International Airport.

To celebrate the new routes, Allegiant is offering fares from Austin to all four cities beginning at $55 one-way.

"There is a lot of leisure demand for cities that are regional destinations, and this route expansion will address some of that need," said Drew Wells, Allegiant vice president of planning and revenue, in a release.

"This growth is about Allegiant being true to our mission as a company," he continued. "We're increasing the number of low-cost, affordable travel options for people who may otherwise be priced out of air travel."

Twice weekly flights from Austin to Asheville, Knoxville, and Grand Rapids take off on Mondays and Fridays. Return flights occur the same days, though times vary. Departing and returning flights between Austin to Des Moines are available Thursdays and Sundays.

The new Houston routes are priced beginning at $33 for a one-way ticket.