Donna Connell lost her 30-year-old son in 2014 to a heroin overdose. 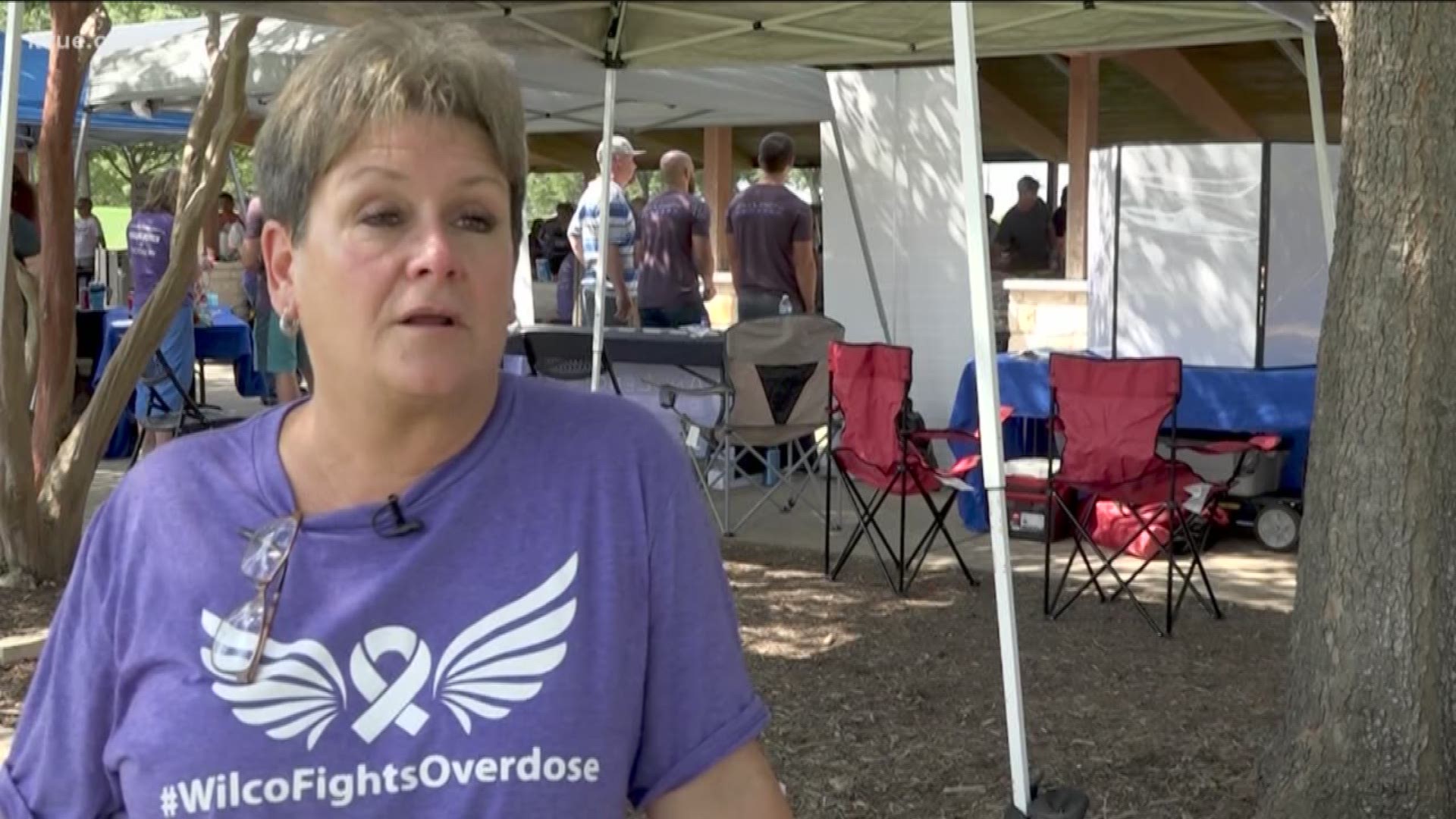 AUSTIN, Texas — It was a day to remember those who were lost and support those who are struggling with drug addiction or are currently in recovery.

Dozens of people came out to Old Settlers Park in Round Rock on Saturday morning for the fourth annual "Overdose Awareness Day." The event, organized by the LifeSteps Coalition, highlighted stories of drug abuse and solutions for the community.

Donna Connell, chair of the LifeSteps Coalition, has a personal reason for volunteering.

“My son's death gave me my purpose, which is what I do – I made a commitment to him basically to commit myself to not letting his death be in vain,” Connell said.

“I know what it's like to be the person who loves a person with a substance use [problem], how devastating it is,” Connell said.

Connell’s other son has been in recovery for the last year.

“I was the chief enabler of my children, basically. I kept them from hitting their bottom,” Connell said. “I loved my son to death. I wanted him to be well. And I would have gone to any lengths, paid any amount of money, because how do you put a price on your child's life? How do you do that? You don't.”

“I've been a resident here my whole life, and this is the first time that our judicial system, our criminal justice system here, our elected officials are finally open to some change,” Connell said.

Americans are now more likely to die of an opioid overdose than a vehicle accident, report says

Williamson County Sheriff Robert Chody and Round Rock Police Chief Allen Banks were among the officials who attended Saturday’s event.

“We're partners in this fight against opioid addiction, against overdose for any narcotic and any drug. So, in law enforcement, if we can help the cause, it'll make our jobs much easier,” Chief Banks said.

The Round Rock Police Department wants to partner with the community and get people support, Chief Banks said.

“I've lived in the shadows of addiction my entire, whole life,” she said. “And for the first time, I can breathe. I can smile. I have a life outside of just focusing on them.”