Let your stress out smashing glass, TVs and more at Rage Room in Kyle 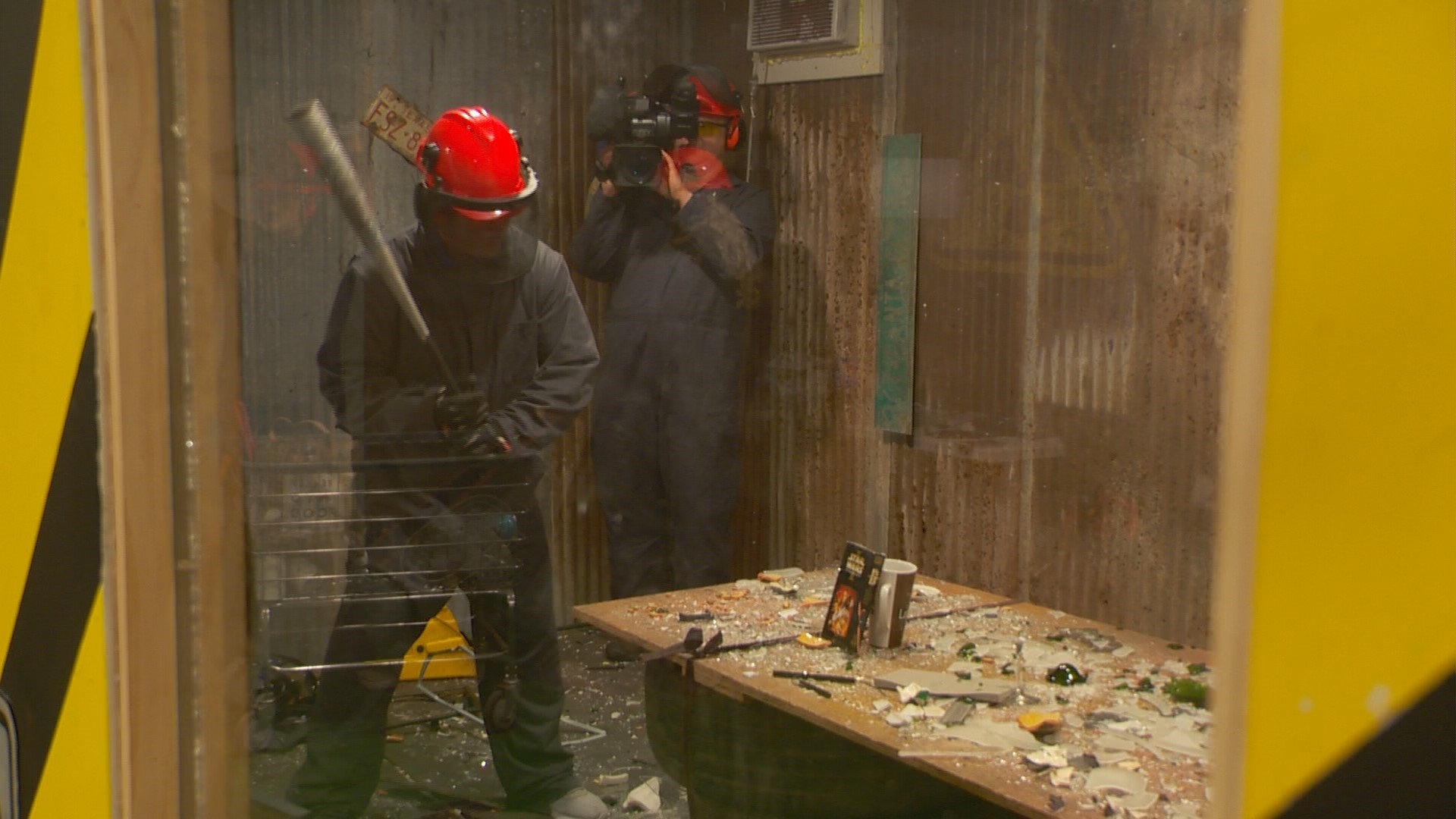 KYLE, Texas — Have you ever been so stressed or frustrated that you could just about break something, but didn't because, obviously, it's not the "adult thing" to do?

Well, at the new 512 Rage Room in Kyle, not only is breaking stuff OK – it's encouraged!

Damon Fogley is the owner of the 512 Rage Room, which is embedded within a junk removal company. The company's warehouse is full of rows and shelves of used, old and unwanted junk ranging from flat-screen TVs and old computer monitors to coffee mugs, dishes and more. That's where visitors get to choose what exactly they want to smash and break.

"Anything that can make a lot of noise when it breaks and stuff that they can visually see breaking," said Fogley. "We are a location where people can come and let out their stress, let out their anger in a safe, controlled environment."

Fogley said visitors come from as far as San Antonio and Waco to let out some steam.

News can get pretty stressful so, naturally, the Daybreak team had to give it a try.

"It's a great opportunity for people to come out and relieve their stress. They feel so much better after they get done because sometimes they have all this pent-up stress," Fogley explained. "We’ve had people come in and tell us, 'Hey, this is actually better than therapy!' It’s cheaper."

Before entering the smash rooms, it's all about safety first! Fogley's staff will provide guests with protective gear that includes coveralls, helmets, hearing protection, safety glasses and gloves. Guests are also required to sign a waiver.

After suiting up and picking whatever junk you want to break, guests get to pick their method of smashing, which can range from baseball bats and pipe wrenches to hammers and golf clubs.

WATCH: Letting out stress smashing glass at the Rage Room in Kyle 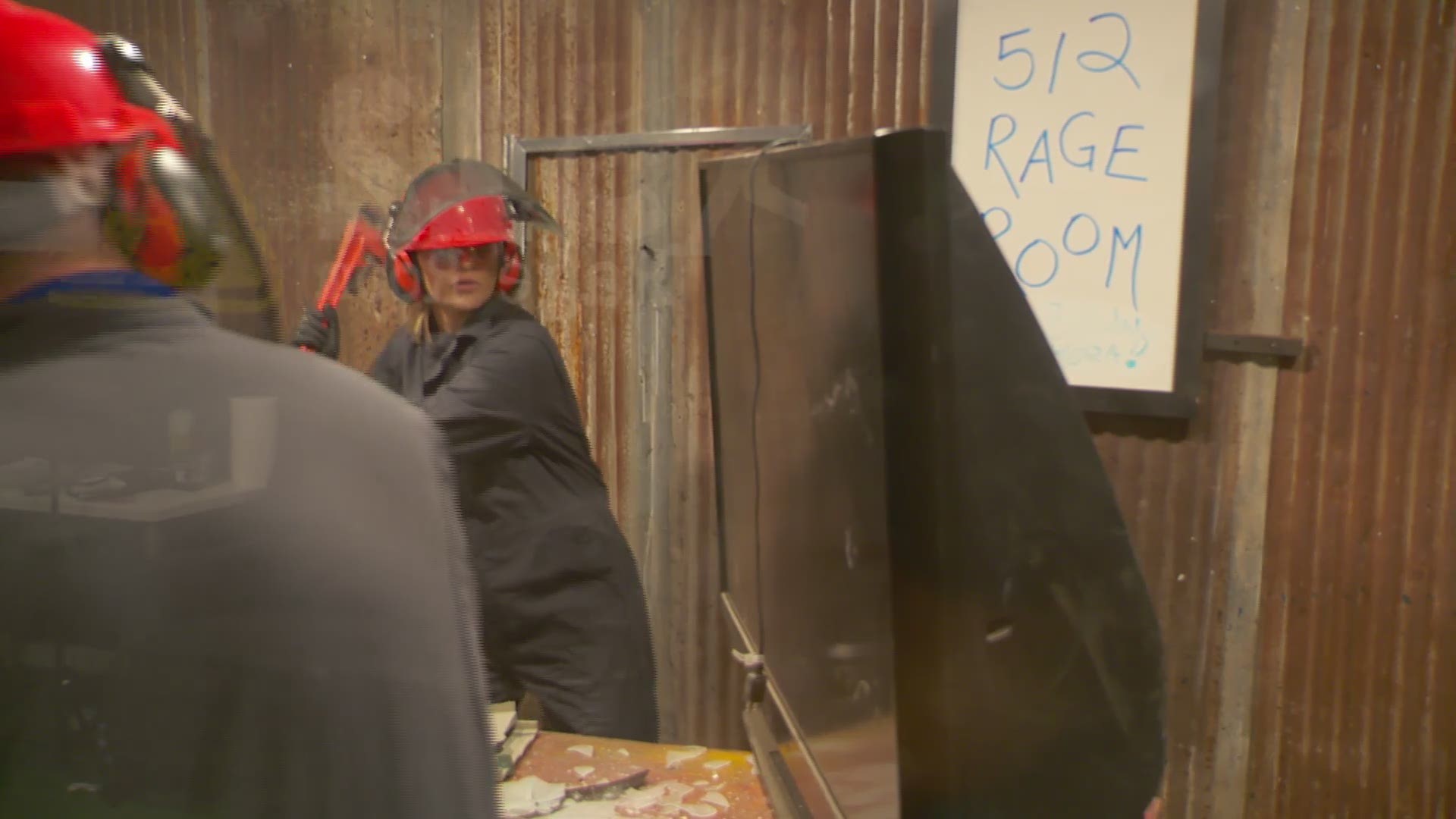 "It's also a great workout. It’s a rush, it’s an adrenaline rush, just like when you go bungee jumping or when you go rock climbing. You come out and you burn a lot of calories and you just feel a lot better," Fogley said.

Sessions can last anywhere between 20 to 45 minutes. While there are materials there for you to break, the facility is also BYOB (Bring Your Own Breakables). Folks can come in individually for sessions, but there are also group and couples' packages.

While there's no clean-up for guests, Fogley explained that afterward the company is still dedicated to recycling and up-cycling as much as possible.

"We try to up-cycle as much as we can," said Fogley. "Just because a lot of the items get smashed, doesn’t mean they’re going to go on the landfill. A lot of the times we’ll sort those items into hard plastics, scrap metals, e-waste and we’ll continue our recycling process with those items that we get."

The 512 Rage Room is a veteran-owned attraction. Seniors, first responders, law enforcement and military get 10% admission with a valid ID. 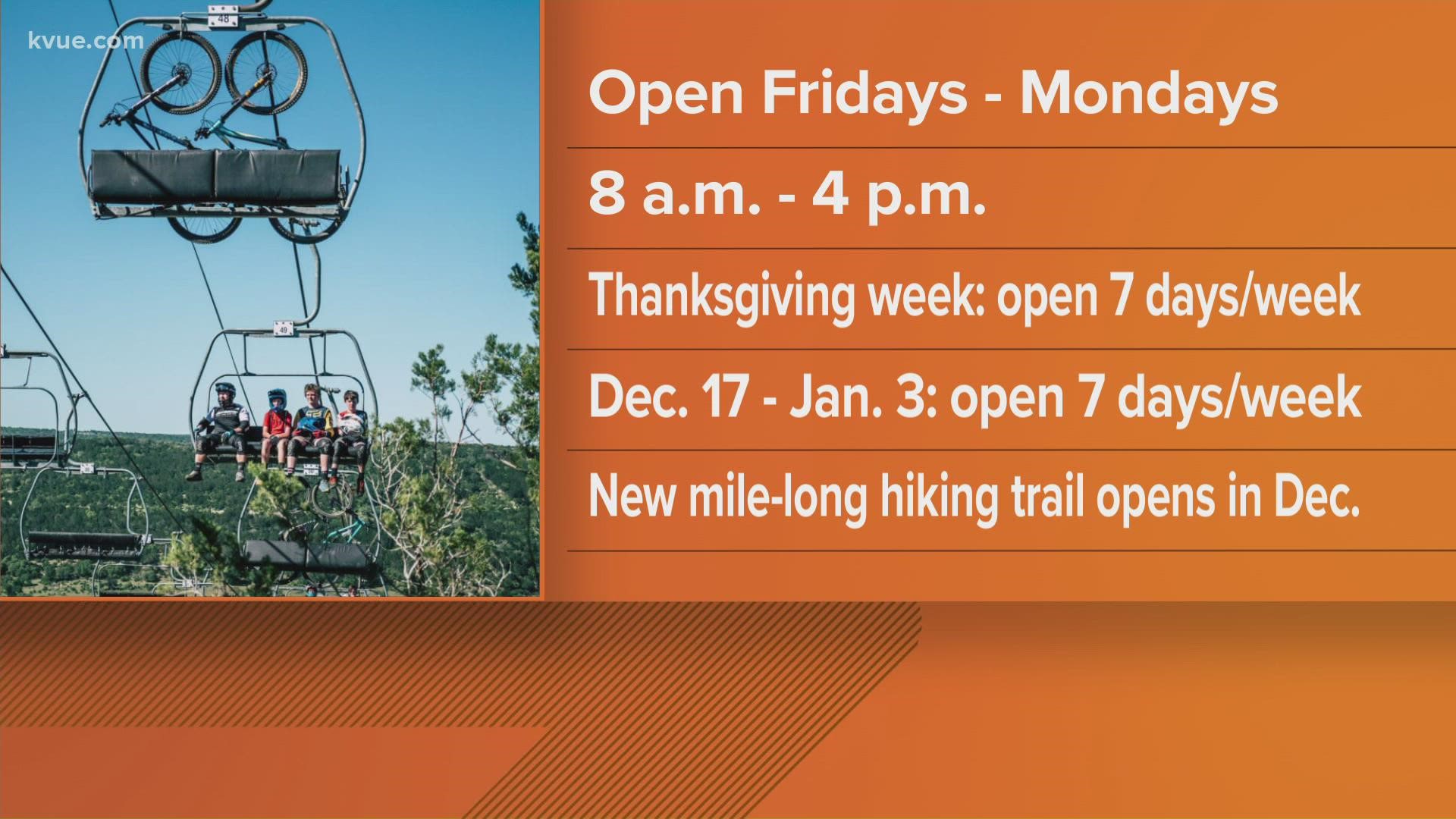