Make sure you know the difference between brain-eating amoeba and flesh-eating bacteria, because it could save your life. 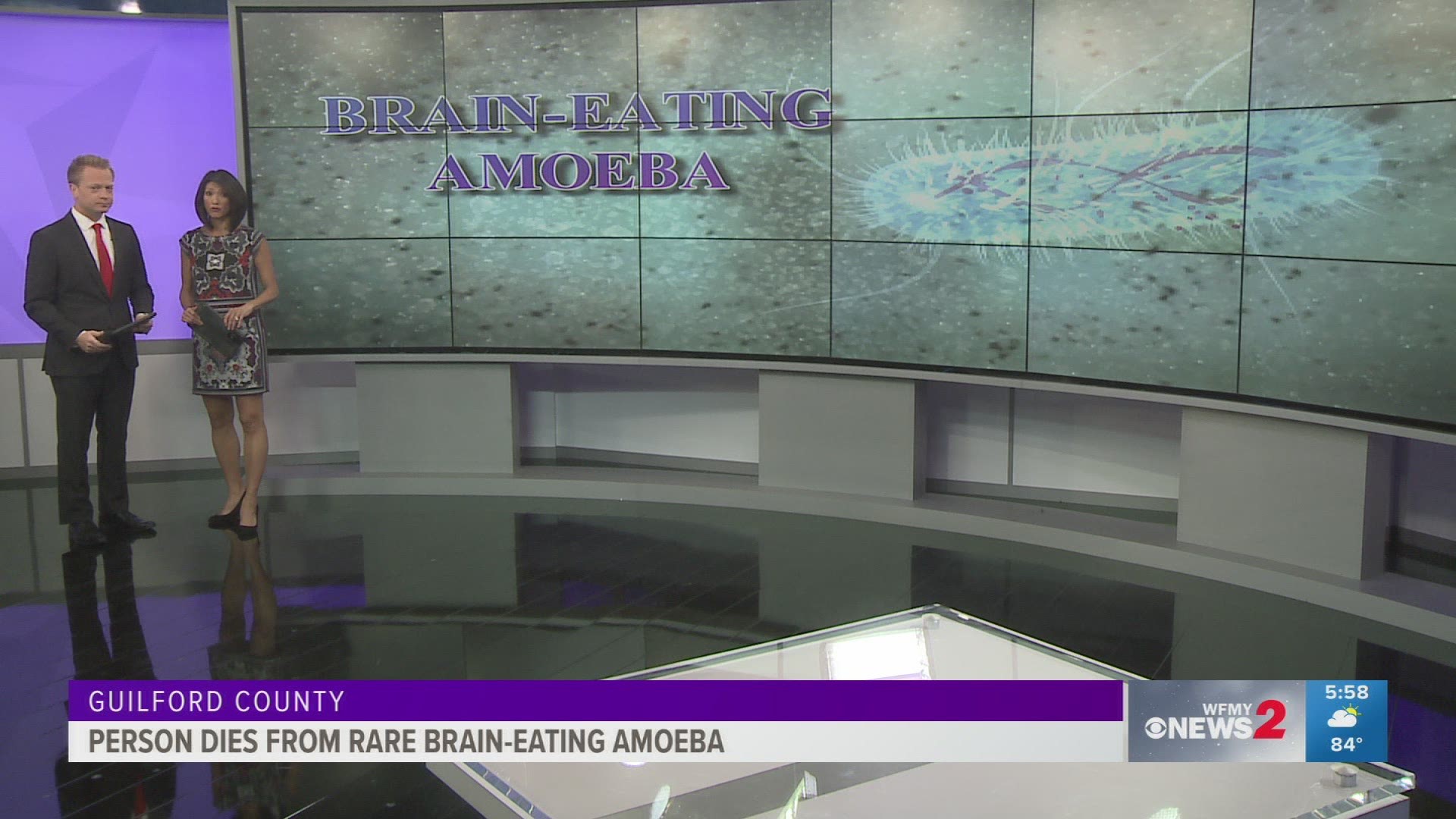 GREENSBORO, N.C. — You can get both from swimming and both are potentially dangerous, but here’s what you should know about brain-eating amoeba and flesh-eating bacteria. The two are both rare, but they are not the same. Make sure you know the difference because it could save your life.

Naegleria fowleri, is known as brain-eating amoeba and can be deadly. It’s a one-celled living organism that is commonly found in warm freshwater. It's not found in saltwater.

Infections are rare, with only 145 known cases in the U.S. from 1962 - 2019. North Carolina has had six known cases during that time period, according to state health officials.

RELATED: Guilford County man dies after being infected with brain-eating amoeba from swimming in a NC lake

HOW DO YOU GET IT?

Symptoms start with severe headache, fever, nausea, and vomiting then progress to a stiff neck, seizures, and coma. Brain-eating amoeba can cause severe illness up to nine days after exposure.

You can't be infected with brain-eating amoeba by drinking water.

Limit the amount of water going up your nose.

Flesh-eating bacteria is a rare bacterial infection known as necrotizing fasciitis. It can spread quickly in the body and can be deadly. It thrives in warm water and can be found in both freshwater and saltwater.

Since 2010, about 700 to 1,200 cases occur each year in the United States, according to the Centers for Disease Control and Prevention (CDC). About one-third of those cases result in death.

HOW DO YOU GET IT?

The bacterial infection enters the body through a break in the skin, including:

According to Novant Health, the infection often spreads quickly. Early symptoms can include:

HOW IS IT TREATED

Most people who get it have other health problems that lower their body’s ability to fight infections.

Conditions that weaken the immune system include:

You can take precautions to protect yourself. You can not get in the water. Dr. Sandra Carnahan with Novant Health Oceanside Family Medicine said, “If you wear a waterproof bandage before entering the water, you should be okay.”

When it comes to shellfish said, “You shouldn’t eat undercooked or raw seafood.”

Make sure you cook them before eating. Always wash your hands with soap and water after handling raw shellfish.