What the Beep: Progress on one of northwest Austin’s most congested intersections

The Texas Department of Transportation said around 34,000 cars a day pass through the 2222 and 620 intersection. 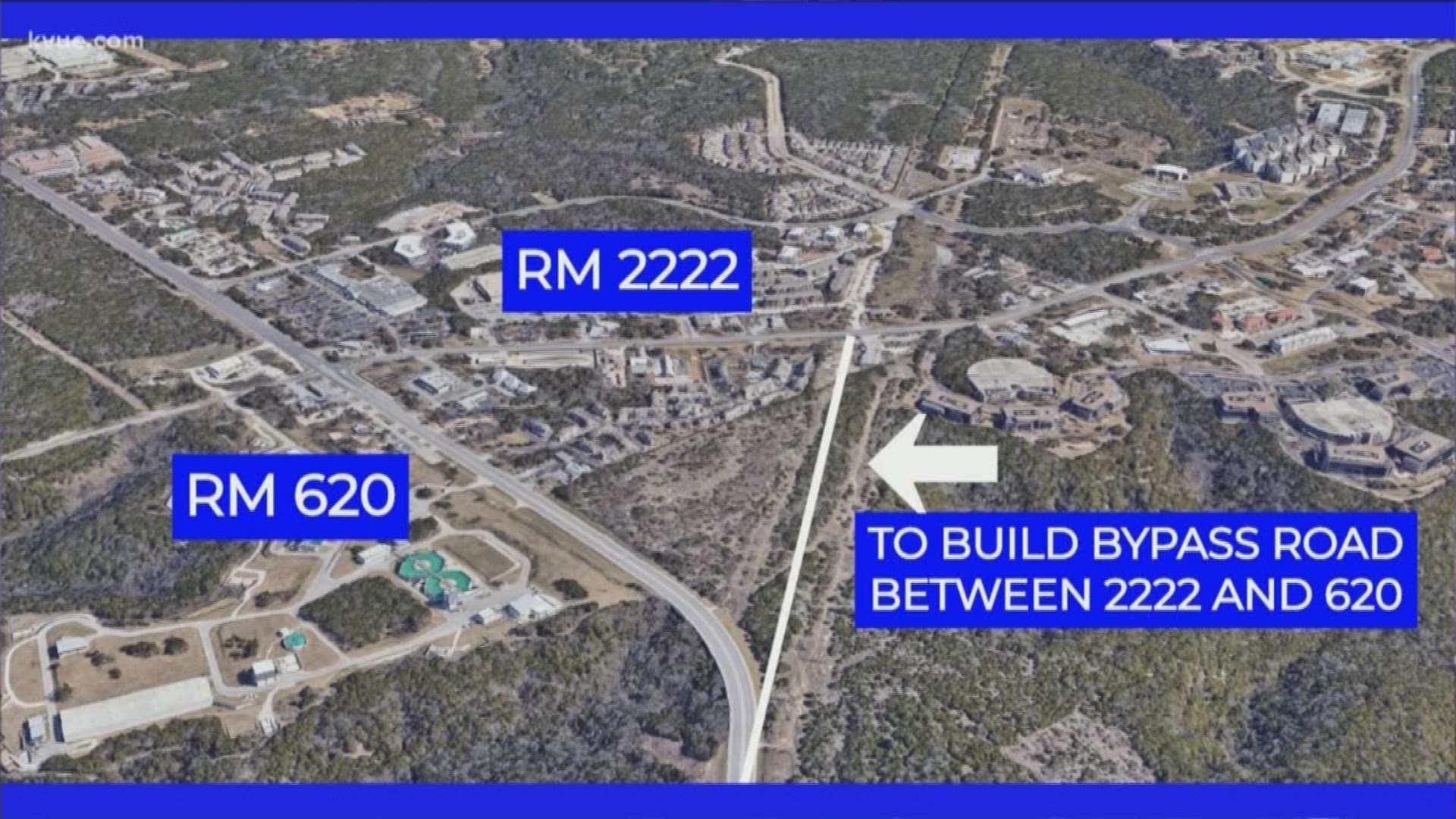 AUSTIN, Texas — KVUE viewer Rick wanted to know about the changes at one of the most congested intersections in far northwest Austin.

Rick emailed KVUE asking, "What the Beep is happening along Ranch Road 2222 around 620? Is the construction there going to help with all the traffic?"

He's certainly right about all that traffic. The Texas Department of Transportation said around 34,000 cars a day pass through the 2222 and 620 intersection and, by next year, travel times in that area will increase by nearly 60%.

But there's good news: that bottleneck is about to get a fix thanks to two projects that TxDOT said will ease traffic.

What the Beep: Why Austin doesn’t do yield signs on feeder roads

On 2222 near 620, construction crews will add one eastbound lane and one westbound lane. TxDOT will also add turn lanes. Those are expected to be finished in the summer of next year.

In a second project, TxDOT will build a bypass, or connector road, between 620 and 2222 to help decongest that busy intersection where those two highways meet. That construction is supposed to start this fall and finish in the winter of 2020.

Highway planners said these two projects will carry a price tag of $33 million and should help traffic flow more smoothly.

WATCH: What the Beep: What's the rule for motorcyclists driving between traffic lanes?

Growing Facebook group lets teachers send gifts to each other