As Texas prepares for its biggest game of the season, it seems some key players are returning for the Red River Rivalry. 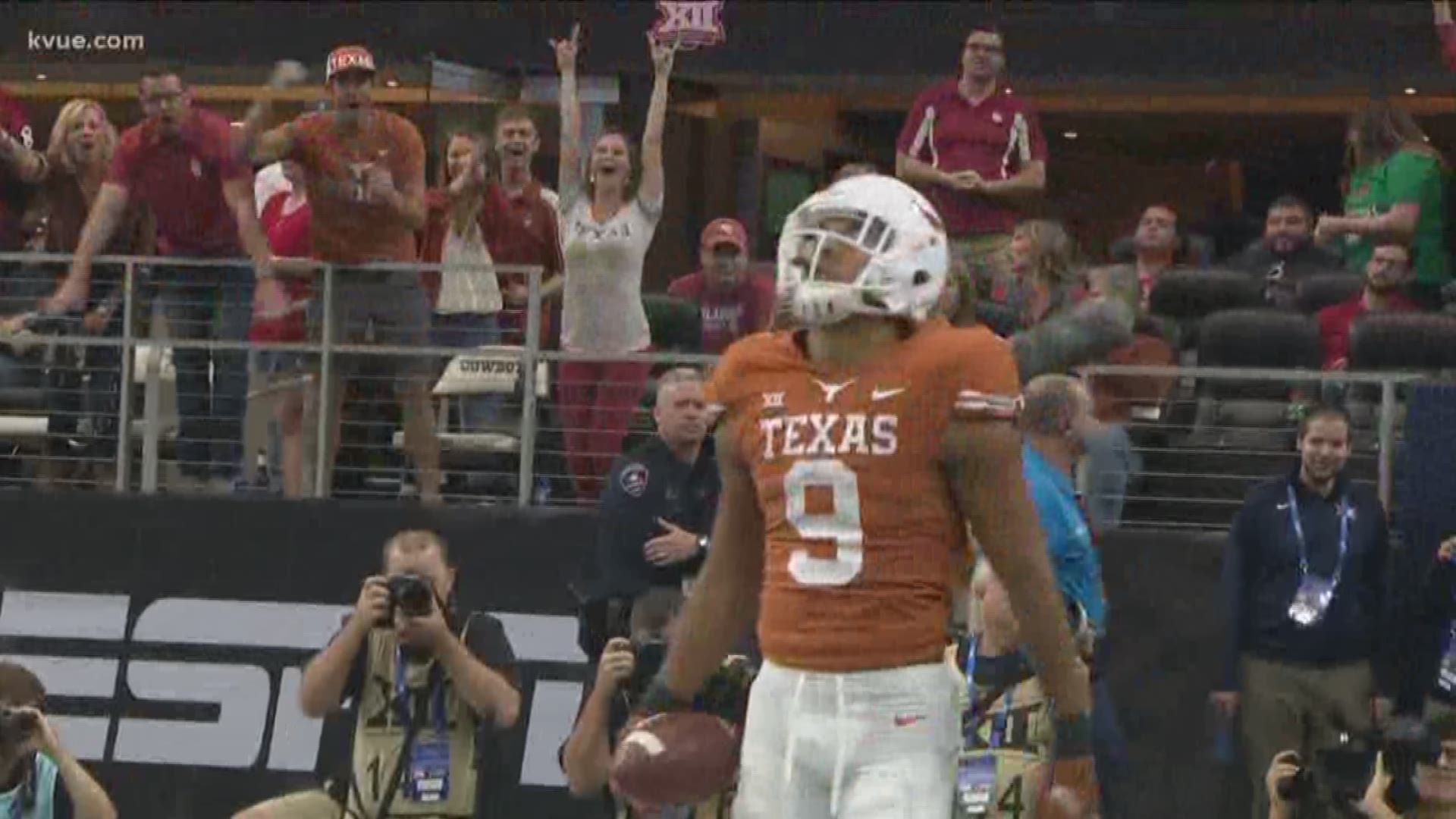 AUSTIN, Texas — Ahead of the highly-anticipated Red River Showdown, some Texas Longhorns seem to be making returns to the gridiron against the Oklahoma Sooners.

Two very positive notes for the Longhorns is the impending return of senior wide receiver Collin Johnson and sophomore defensive back DeMarvion Overshown. Sophomore running back Keaontay Ingram was also cleared and is returned to practice.

Head Coach Tom Herman hinted in Monday's press conference that the Longhorns should see a return from Johnson.

"Collin Johnson practiced full yesterday. So, barring any setbacks, we plan on playing him," Herman said. “He was not feeling right in the LSU game and probably our best guess … the stretched out catch against Louisiana Tech probably started something. We thought it was going to be really minor and then for Oklahoma State there was a setback Sunday. We knew we had the off week to let it heal.”

Overshown was "kind of the highlight" of the injury updates, according to Herman.

RELATED: HIGHLIGHTS: No. 14 Texas Longhorns fall to No. 5 Oklahoma Sooners 39-27 in Big 12 Championship

HIGHLIGHTS: No. 14 Texas Longhorns fall to No. 5 Oklahoma Sooners 39-27 in Big 12 Championship

In other injury updates for the Longhorns, freshman running back Jordan Whittington was listed as doubtful by Herman's staff. Herman said Whittington is progressing, however, and added that his return this early was "a bit of a pipe dream" anyway. Whittington has not had any setbacks in his recovery from surgery though, according to Herman.

Junior tight end Cade Brewer was progressing and did not suffer a concussion, Herman said. Junior defensive back Chris Brown suffered a thigh contusion and was progressing as well. Both players would be evaluated again during practice on Tuesday.