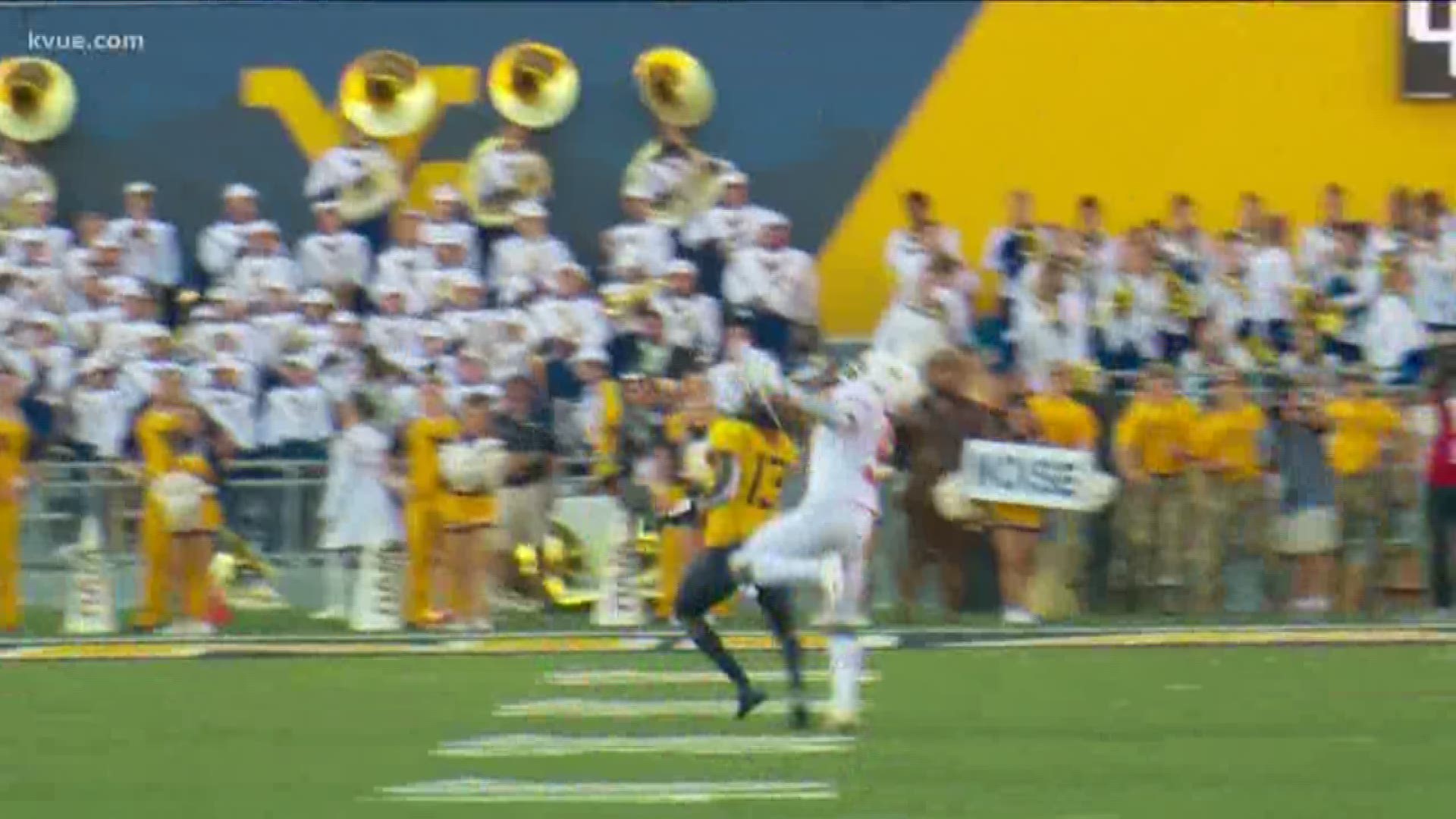 AUSTIN, Texas — At the beginning of the third quarter, up 21-14 against West Virginia, Texas Longhorns defensive back D'Shawn Jamison wowed the crowed with a one-handed interception for the ages.

West Virginia quarterback Austin Kendall chucked a pass deep down Jamison's sideline, and the Texas defensive back made him pay.

"The only thing going through my head was 'wow, I really did that.' It was something that I never knew I could do, but I went out there and did it," Jamison told KVUE.

Jamison was quick to credit his teammates for allowing him the opportunity to make a game-changing play, though.

"But at the same time, I can't give all the credit to myself," Jamison said. "Without my D-line ... if it wasn't for their pressure they put on the QB, it wouldn't have happened."

The play was featured later that night on SportsCenter's Top 10 plays, leading the list at No. 1.

Texas won the game against West Virginia in the end, 42-31. Jamison finished the game with two interceptions.

The Longhorns will play the Sooners next Saturday in Dallas. Texas beat the Sooners 48-45 during the 2018 regular season at the State Fair of Texas, though the Sooners won the rematch in the Big 12 title game.