Ahead of the 2019 AT&T Red River Showdown, Oklahoma head coach Lincoln Riley said his players would not be flashing the 'Horns Down' sign in the game. 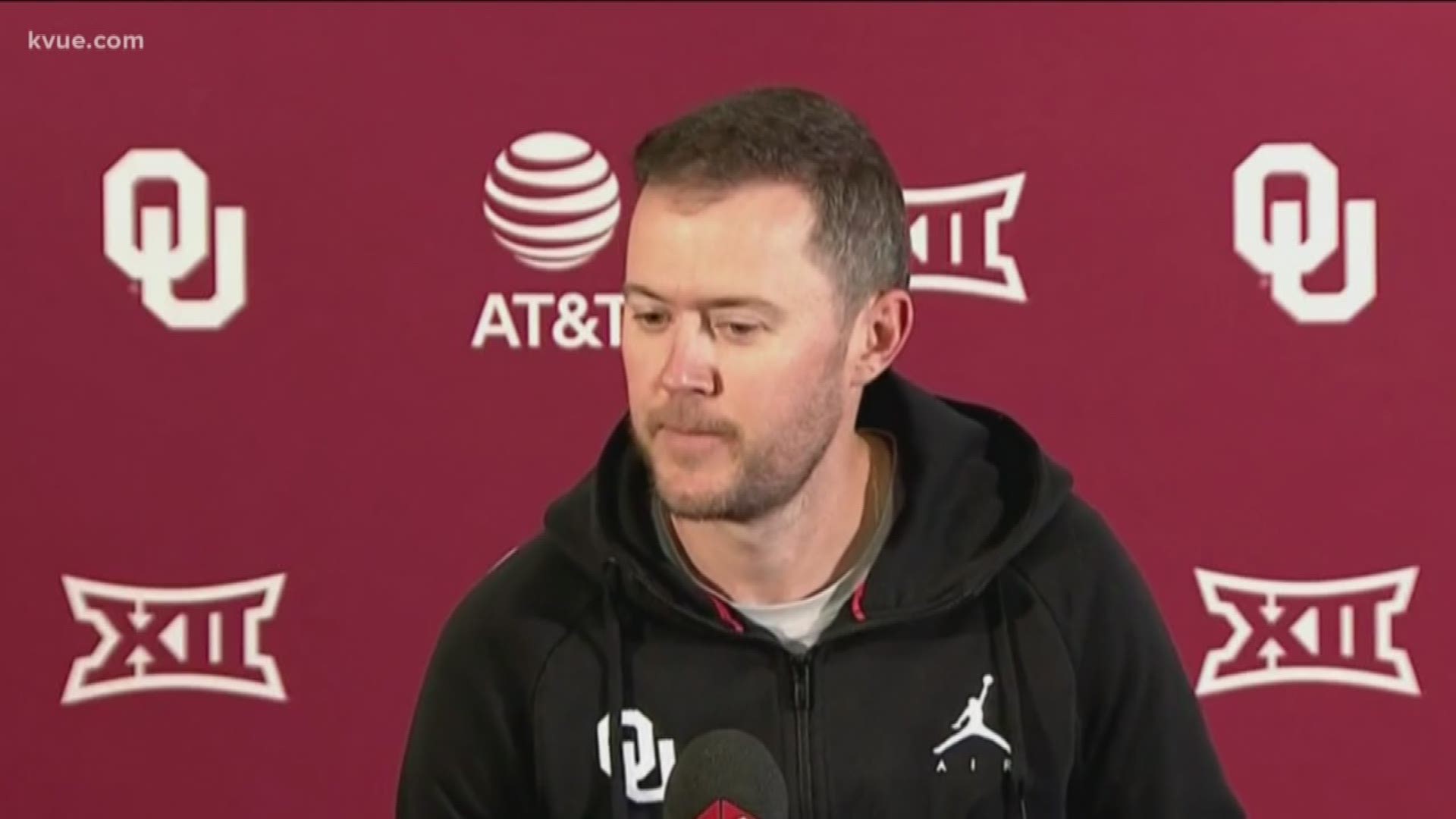 AUSTIN, Texas — "Horns down" has always a hot topic between Oklahoma and Texas every year.

Last season, Oklahoma head coach Lincoln Riley reached out to Big 12 officials to see if the Sooners would be penalized to use their "Horns Down" hand symbol during the 2018 Big 12 Championship game, according to The Oklahoman.

Before the Big 12 Championship game, KVUE reached out to Big 12 Associate Commissioner Bob Burda, who said actions made by players that are considered to be "unsportsmanlike" will be penalized.

"If in the judgment of the on-field officials, any action by game participants deemed an “unsportsmanlike act,” is subject to penalty in accordance with college football rules," said Burda. Essentially, would be a judgment call by the officiating crew.

Ahead of the 2019 AT&T Red River Showdown, Riley simply put it out there from the get go in OU's Monday press conference: the Sooners would not be donning the 'Horns Down' symbol in the game.

Short. Sweet. Simple. No nonsense this time around from Riley and the Sooners. Riley has seemed to nip that in the bud before it can become a distraction or an issue for either team.