It's something you don't see every game day, an offensive lineman scoring a touchdown... on a play called for them. A Texas Longhorns lineman did against WVU. 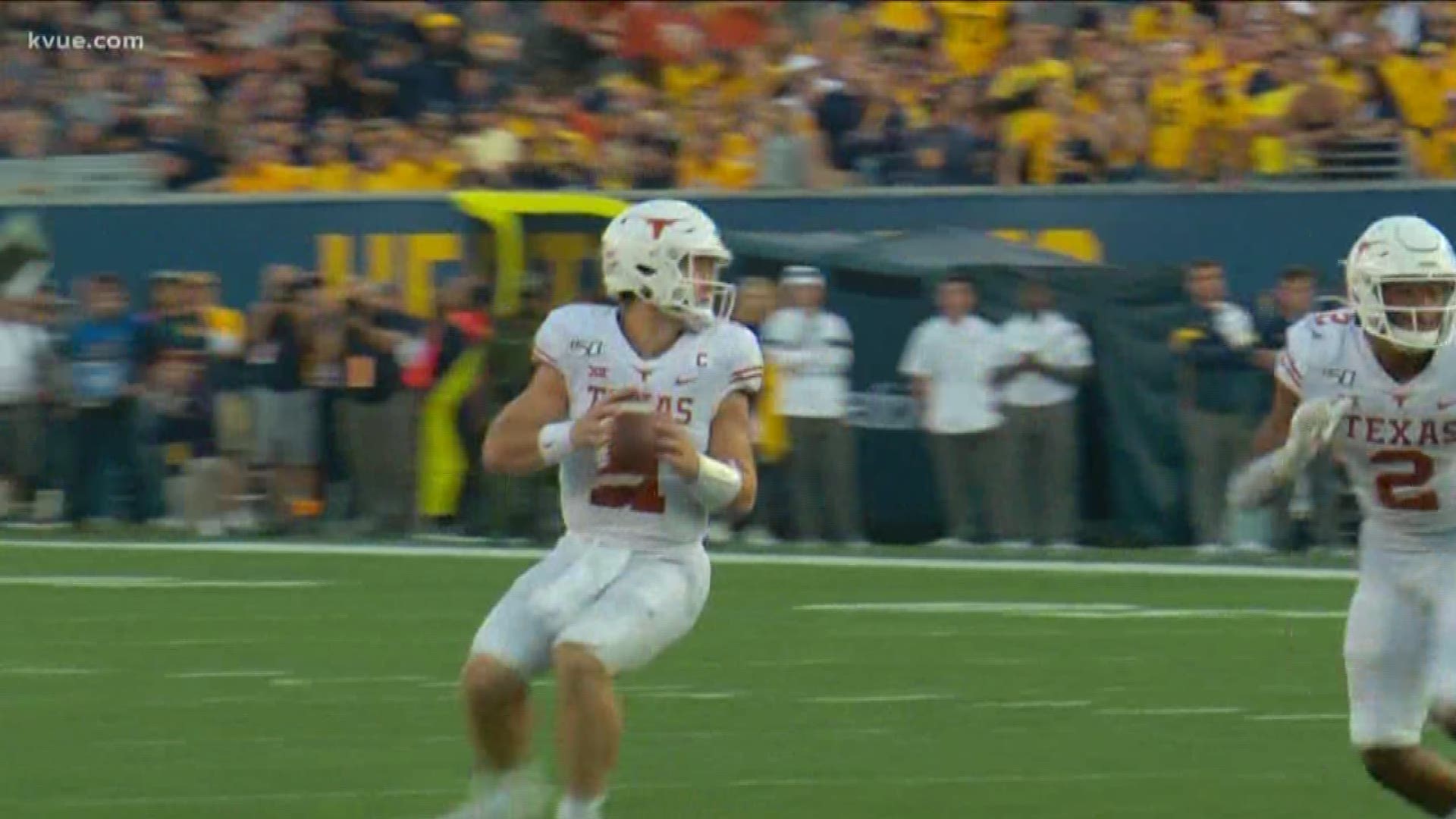 AUSTIN, Texas — For only the third time in Big 12 history and for the first time since 2009, an offensive lineman scored a "big fella" touchdown on Saturday.

Texas Longhorns left tackle Samuel Cosmi rumbled 12 yards into the end zone early in the fourth quarter to give UT a 35-17 lead. Texas has a rule where if you score a touchdown ... you "go hug a big guy." Well, this was one heck of a big man hug after this touchdown.

Cosmi's touchdown was one of UT's many highlight plays against the Mountaineers, but can definitely be argued as the most memorable one.

Texas went on to defeat West Virginia, 42-31. The Longhorns play the Sooners next Saturday in Dallas. Texas beat the Sooners 48-45 during the 2018 regular season at the State Fair of Texas, though the Sooners won the rematch in the Big 12 title game.