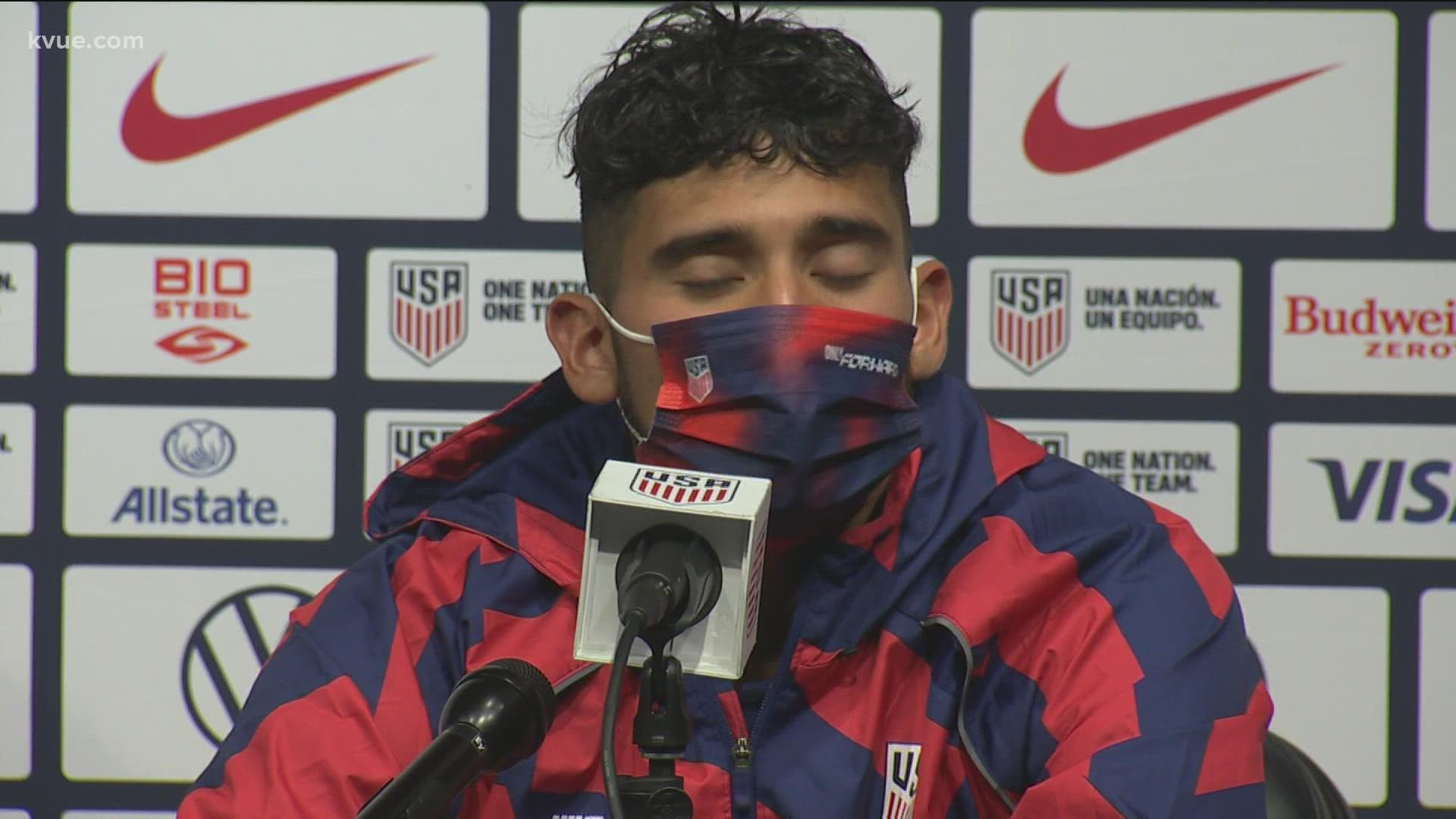 Texas native Ricardo Pepi continued his goal-scoring rout in Q2 Stadium a header in the 49th minute to give the USMNT a 1-0 lead. Austin fans are no stranger to Pepi goals, either. Pepi scored two goals in the 5-3 FC Dallas win over Austin FC in late August.

Ricardo Pepi is no stranger to scoring goals at @Q2Stadium … 2 goals in August in a 5-3 @FCDallas win. Now one for the #USMNT pic.twitter.com/LyXGdET0Xt

Pepi followed up with a 62nd-minute goal, his third goal in two caps for the national team. Pepi's second goal of the night gave him a total tally of four scored in Q2 Stadium.

I feel like a broken record: of course it was Pepi. The kid just loves Austin, apparently. That’s now 2 goals for #USMNT and 4 total in Austin between tonight and his 2-goal performance in August for @FCDallas pic.twitter.com/ay62RBwBXy

Missing key pieces such as Christian Pulisic, Gio Reyna and John Brooks due to injuries, the USMNT took to the pitch with a younger, less-experienced squad, particularly in the back line. It's something head coach Greg Berhalter said pre-match that they'd have to work through.

"Regarding the center backs, it's a tough one because they are young. They do lack experience, but the only way to get experience is by actually getting on the field, " Berhalter told the media on Wednesday. "It's time to get them some opportunities."

The Oct. 7 match was the first time the U.S. Men’s National Team played a World Cup Qualifier in Texas despite having the third-most USMNT matches for any state. Among the 27 other matches played in Texas thus far, Austin hosted the USMNT in a Gold Cup semifinal match against World Cup host, Qatar, back in July. The U.S. won that game 1-0 with an 86th minute goal from Gyasi Zardes.

Prior to the match, the Austin crowd unveiled a World Cup trophy TIFO. You can get a look at the story behind the TIFO here.

Pepi became the second-youngest USMNT player – behind only Pulisic – to record multiple goals in a game.

Big three points for the U.S.

Fun Fact: Pepi becomes the second youngest #USMNT player — behind only Christian Pulisic — to record multiple goals in a game.