"We wanted to use a bunch of different hands holding the World Cup ... something that shows everyone is included within our team." 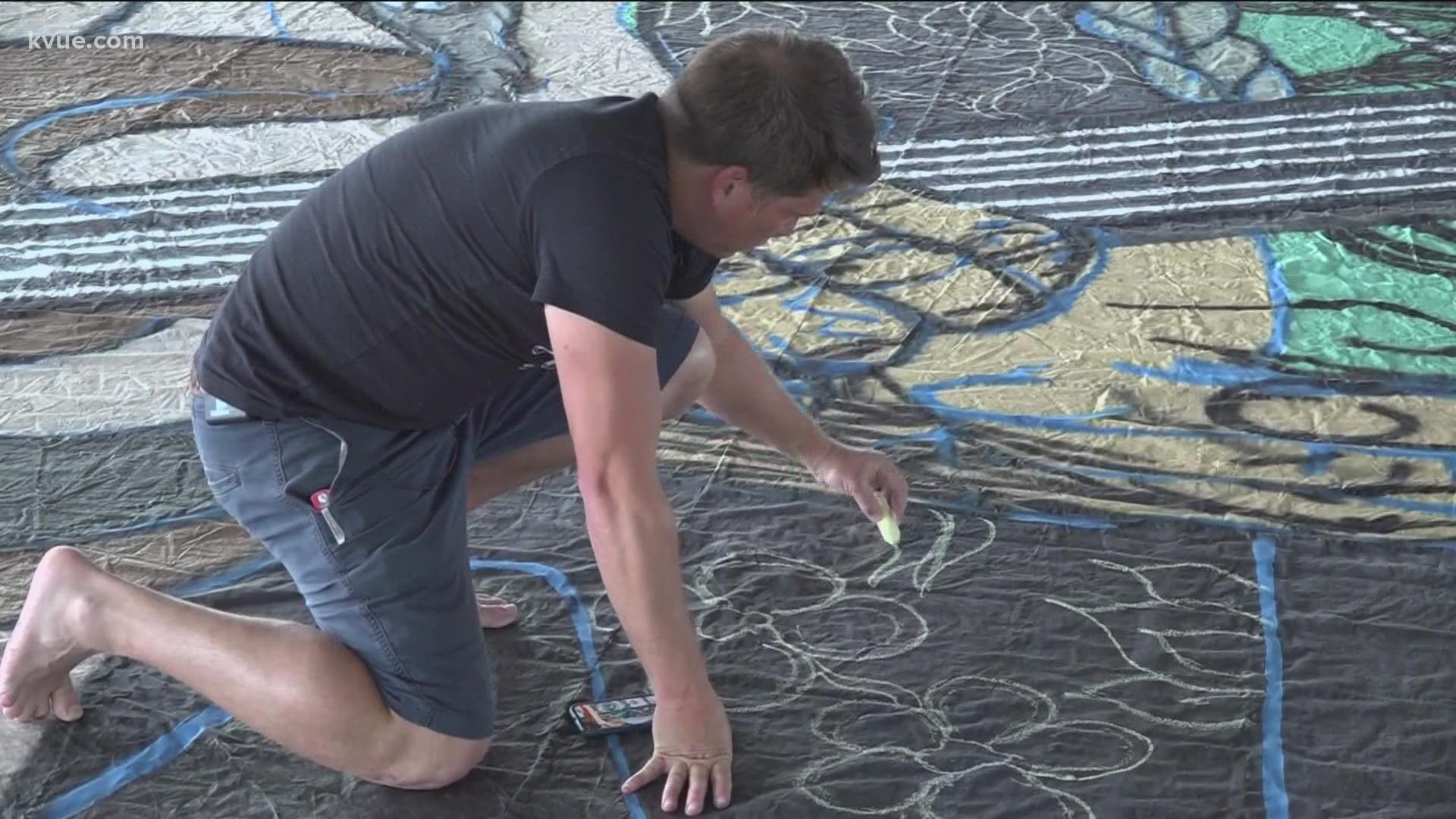 AUSTIN, Texas — Prior to kickoff of the United States men's national team (USMNT) World Cup qualifier against Jamaica, the fans in the supporter section of Q2 Stadium hoisted up a World Cup trophy TIFO.

After the singing of the national anthem, the USMNT supporter group, the American Outlaws, raised the TIFO, which featured the World Cup trophy being held up by hands with the American flag and words "Only Forward" written across the bottom.

Kollin Brandenburg with the Austin chapter of the American Outlaws broke down the TIFO in a video released by Austin FC's Twitter page.

"We wanted to use a bunch of different hands holding the World Cup ... something that shows everyone is included within our team," Brandenburg said. "So we have a bunch of players of all different backgrounds."

From Austin to the World. Only Forward, together. pic.twitter.com/jEa4iUU8rB

Wow!
Here is the tifo for the USMNT at Q2 Stadium.
Uloang did it again! pic.twitter.com/euRxUzNRVy

The Oct. 7 USMNT match TIFO becomes the fifth one unveiled at Q2 Stadium. USWNT player Crystal Dunn was honored with the "christened by queens" TIFO. Then, Austin FC fans hoisted up the "City of Legends" TIFO in the home opener, followed by the Pride flag TIFO on Pride Night. And, most recently, the Verde honored the Cumbia Queen, Selena Quintanilla, in a match against the LA Galaxy.