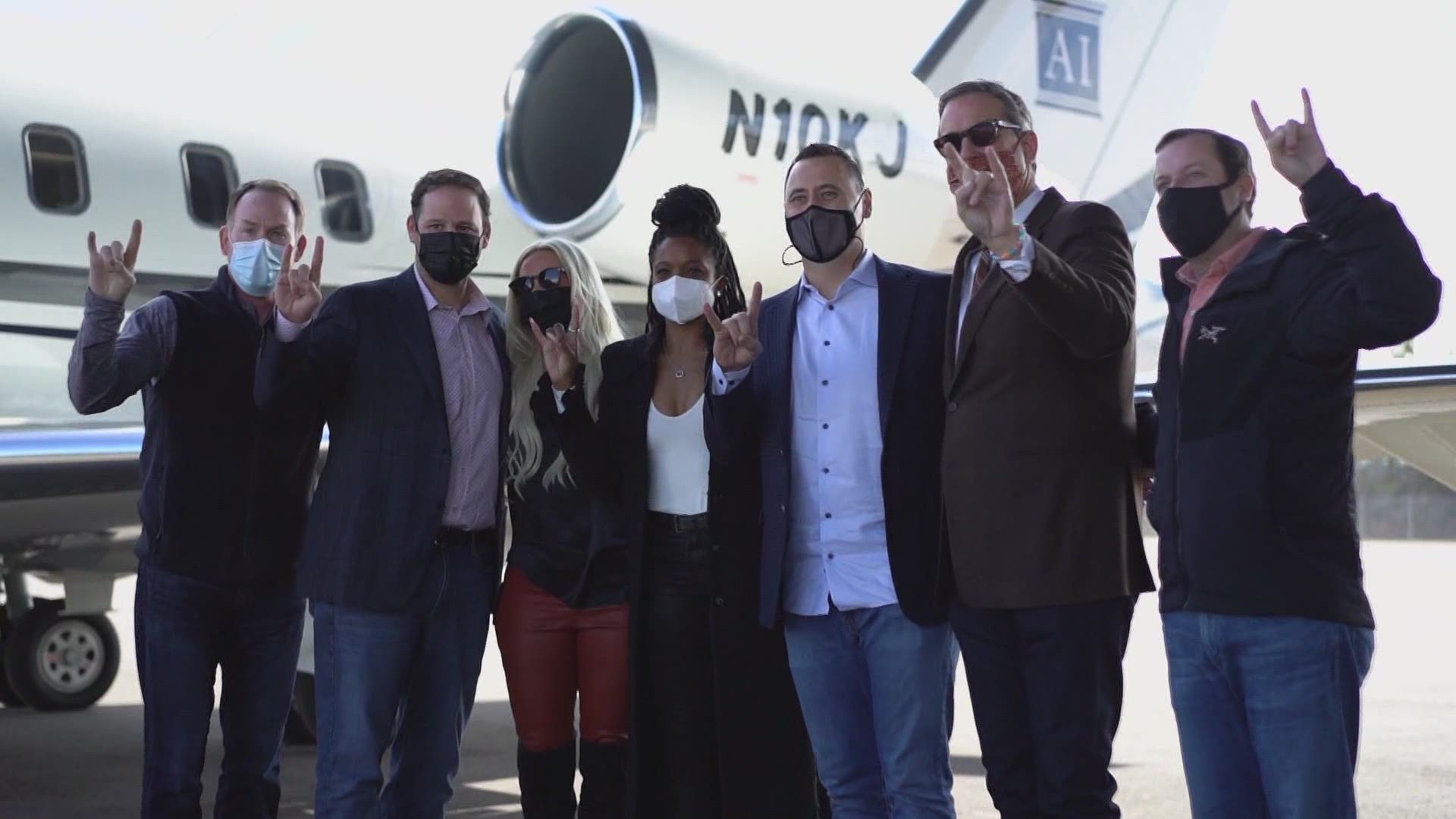 Sam Ehlinger, Caden Sterns, Joseph Ossai, Sam Cosmi and other projected NFL talent were among the participants in the workout. Officials with the Dallas Cowboys were in charge of the measurements of players.

There were 31 teams in attendance for Texas' Pro Day, with only the Los Angeles Rams not making the trip, according to NFL reporter Jane Slater.

Ehlinger posted a broad jump of 9 feet, 6 inches. Ossai's broad jump was 10 feet, 11 inches, which would have been the second-best for an outside linebacker/edge rusher/defensive lineman at the 2019 NFL Combine.

The pro day comes ahead of the 2021 NFL Draft, scheduled for April 29 to May 1. The latest mock drafts from ESPN, CBS Sports and Bleacher Report do not have any Longhorns projected to go in the first round.