But some in the community are disappointed with the findings 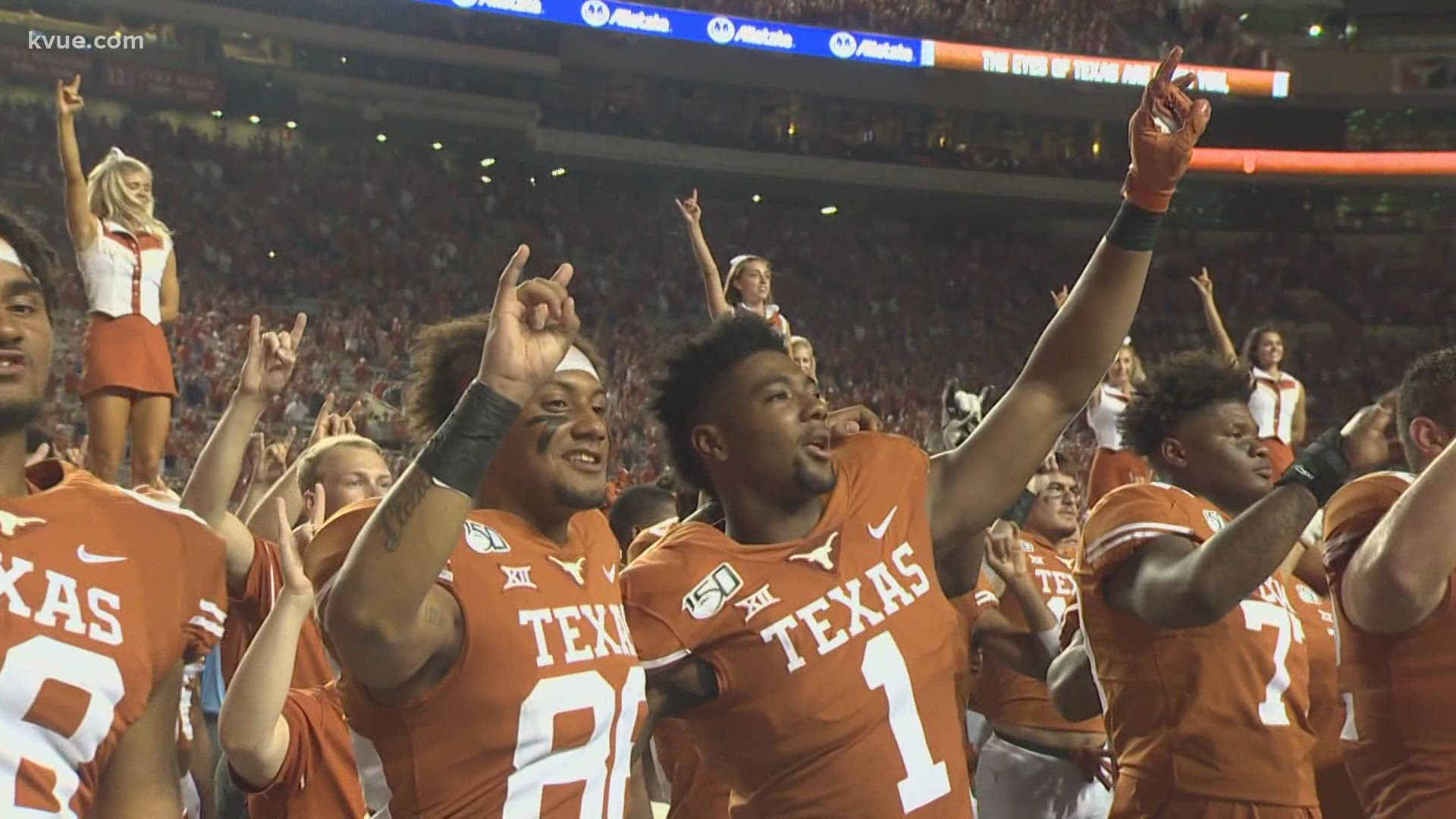 After months of controversy, the University of Texas school song remains at the 40 acres.

The decision was reached after a 24-member committee charged with looking into "The Eyes of Texas" concluded that while it has links to minstrel shows with some white students wearing blackface, the song itself is not "overtly racist."

"This to me is a slap in the face of the Black community," he said. "This is how this makes us feel. Let's do something new. And the University of Texas's reply to that was a 17-minute YouTube video to talk about all these nuances with the song and then, you know, showing you down later on that same page, a rapper, Gucci Mane, performed a song on a late-night show and a University of Texas student mariachi band also playing it, right? So it's just like, what? Something is not connecting. You know, somebody is not really understanding the deafness of this issue, if this is the reply. So, yeah, you know, I stand with the Black community at the University of Texas and I hope to be a community advocate in the best way I can.".

Moore is now calling for action.

"I would encourage the Black alumni to stop giving donations to the University of Texas because clearly the University of Texas has their donors that they listen to and cater to compare to others. So, you know, hey, it's just like if you want to keep doing business as usual, then you won't have my support. Right. And I think we need to start looking at some very radical ways in which the Black community can use their power and their voice to get the change they deserve and want or just divest from the university completely," Moore said.

On Tuesday, March 9, the University of Texas released its 58-page report on the findings of "The Eyes of Texas History Committee," which concluded that while it debuted at a 1903 minstrel show during a time where racist settings were "exceedingly common," there was "no racist intent."

Chair of The Eyes of Texas History Committee, Dr. Richard Reddick, said the report took an honest look at the song. He said it keeps evolving.

"There are so many times when the song takes a turn, and unlike most school songs, it's actually being used lyrically to point out injustice, academic freedom. One of the favorite parts for me, or discoveries, was the 1966 march from South Texas of Mexican-American farmworkers working, marching for civil rights, marching for working wages, using 'The Eyes of Texas,' so that evolution tells me the song every time it's sung," said Dr. Reddick.

But for UT alumna Nakeenya Wilson, the report is giving her pause. Her teenage daughter was just accepted to UT. Wilson is now unsure if her daughter should attend.

"It was always a dream of ours for our daughter to be able to attend UT. But this situation brings back up some feelings of the times that were not so great. And in 1999, when I was a freshman at UT, we had an incident where there was a white supremacist group that put fliers all over campus, and the fliers said that Black men were the carrier of AIDS and they raped white women. And we protested and I believe Faulkner was the president at that time, and his position was that it was freedom of speech and that there was little that could be done around freedom of speech, and that was actually the impetus for me going back here, running for student government and getting involved in student government, where we had some very heated and intense conversations around hate speech. And so this is nothing new, right, for me at least a couple of decades later. But we're back full circle to you know, what is OK to be said is everything, you know, under free speech and at what point is the harm of the words to be addressed. So it definitely complicates my thoughts about her attending next year," Wilson said.

According to the university, the 24-person committee was tasked with responding to "four charges" related to the school's alma mater:

In the committee's executive summary, it determined "These historical facts add complexity and richness to the story of a song that debuted in a racist setting, exceedingly common for the time, but, as the preponderance of research showed, had no racist intent."

The report also included a recommendation that students not be required to sing the song.

“Nobody has been, or will be, required to sing the song,” UT President Jay Hartzell said. “That’s going to be going forward the way we continue to operate. We hope that as people go through the report, read through the facts, they’ll find ways to participate in some way – whether it’s the case of the athletes standing on the field or the fans in the stands as we sing, there’s going to be no punishment, no mandate, no requirement if people choose not to participate.”

The findings will come days after The Texas Tribune reported that alumni and donors emailed President Jay Hartzell, threatening to stop supporting the university financially – including canceling season tickets, ending donations and boycotting games – if the school didn't stand up to "cancel culture." The Tribune also reported anecdotes from Longhorn football players, saying they were forced by the university to stay on the field for the alma mater to appease the fans.

When it came to the controversial topic of "The Eyes of Texas," Head Football Coach Steve Sarkisian said in his January introductory press conference, "it is our school song and we're going to sing it proudly." He added that having those tough discussions with the players is important and those associated with the program can't "put our head in the sand and act like things aren't happening."

"If the song is racist then it shouldn’t be played, it’s as simple as that,” Coleman said about "The Eyes of Texas."

The panel that studied the song was comprised of campus professors, staff and historians, and representatives of student and band alumni groups.

It also had one current athlete, band member, and cheerleader. Key findings include:

WATCH: Community reacts to 'The Eyes of Texas' report

“If the song is racist then it shouldn’t be played, it’s as simple as that.” Matt Coleman on The Eyes of Texas.

The university is expected to release a report tomorrow on their findings about the song.