Breaking down Austin's Proposition A & B transportation initiatives

Steven Pedigo, professor of practice at the University of Texas and director of the LBJ Urban Lab, joined KVUE to talk about the two propositions on the ballot. 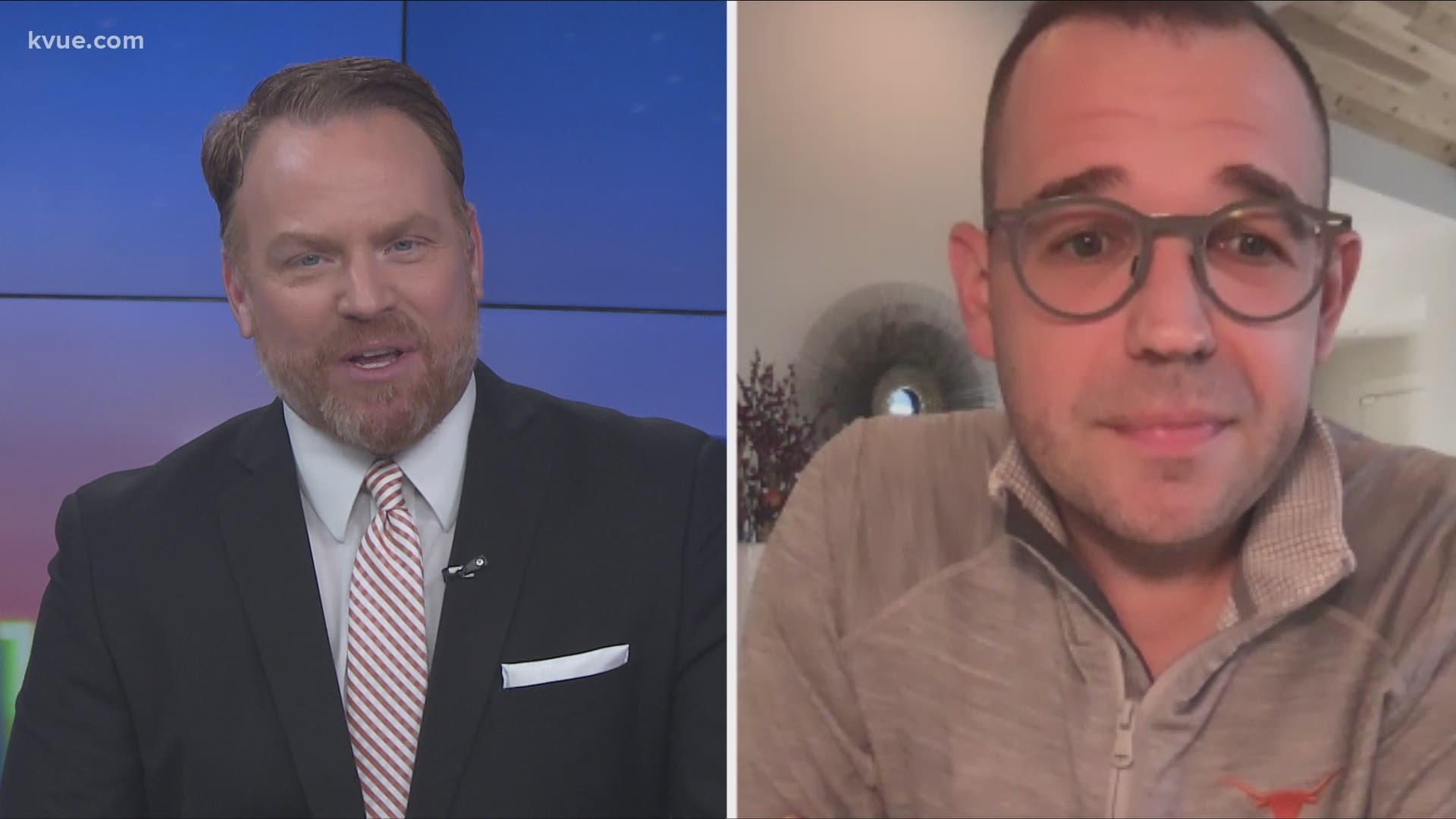 AUSTIN, Texas — This election, voters in Austin will see two important propositions on their ballot – Prop A and Prop B. Both projects aim to improve transportation as the city continues to grow.

Steven Pedigo, professor of practice at the University of Texas and director of the LBJ Urban Lab, joined KVUE to talk about the two propositions on the ballot.

What would voters get out of Project Connect if Proposition A passes? And why does the City want to do this project now?

You know, 20 years ago, this time 20 years ago, as you all know, there was a ballot initiative on that voters were considering regarding light rail, and that failed by 2,000 votes. And, you know, if you think about Austin at the time, it was about 900,000 residents.

Fast forward 20 years. We're now a region of nearly 2 million people without an extensive public transportation system. So City leaders are sort of suggesting that if we're going to grow, if our metropolitan area is going to continue to see the type of growth that we need, we need to invest in a comprehensive transit plan.

And that's Project Connect. Project Connect is a $7 billion initiative looking to think about expansion of three transit lines, bus rapid transit, adding more reliable bus opportunities. And that is really the question on the table is, are we willing to sort of fund that type of transportation system to help support the growth of the growth of the region?

Let's talk about that funding aspect of this. The price tag you mentioned, more than $7 billion for the mass transit system – what about any opposition Prop A faces?

Yeah. I mean, there's a lot of opposition. A lot of folks are saying when you look at the price tag of $7 billion, it's too expensive, that there's other ways to think about how we do transportation. So you've got the cost issue where we're starting to see opposition. But, you know, there's other criticisms of this as well. Some opponents are saying it's geographically imbalanced, too much development on the east side, not enough transit on the west side of the region. They're saying perhaps that it's Austin and Austin residents and Travis County residents who are fronting the bill for a regional transportation system. You know, are the ridership goals too unrealistic as we think about the impact of COVID? And so there's lots of criticism about this and a lot of proponents saying, ‘Look, maybe there's a better way or another way to think about transportation or regional transportation system for our growing metropolitan area.’

Let's take the conversation to Proposition B, $460 million for transportation infrastructure. Why are voters seeing this price tag on top of what's being asked for with Proposition A?

Well, it's completely two different types of initiatives. Proposition B is really centered around – I would think about it as making Austin a more pedestrian-friendly city, investing in sidewalks, investing in bike paths, thinking about how we maybe address an active mobility system that allows us to really think about our challenges that we are seeing with climate. And so this is a completely different initiative. It just so happens that we're now being sort of, you know, positioned to think about these at the same time.