New renderings show what the public transportation stations could look like at the Austin FC stadium at McKalla Place and also at the Austin airport. 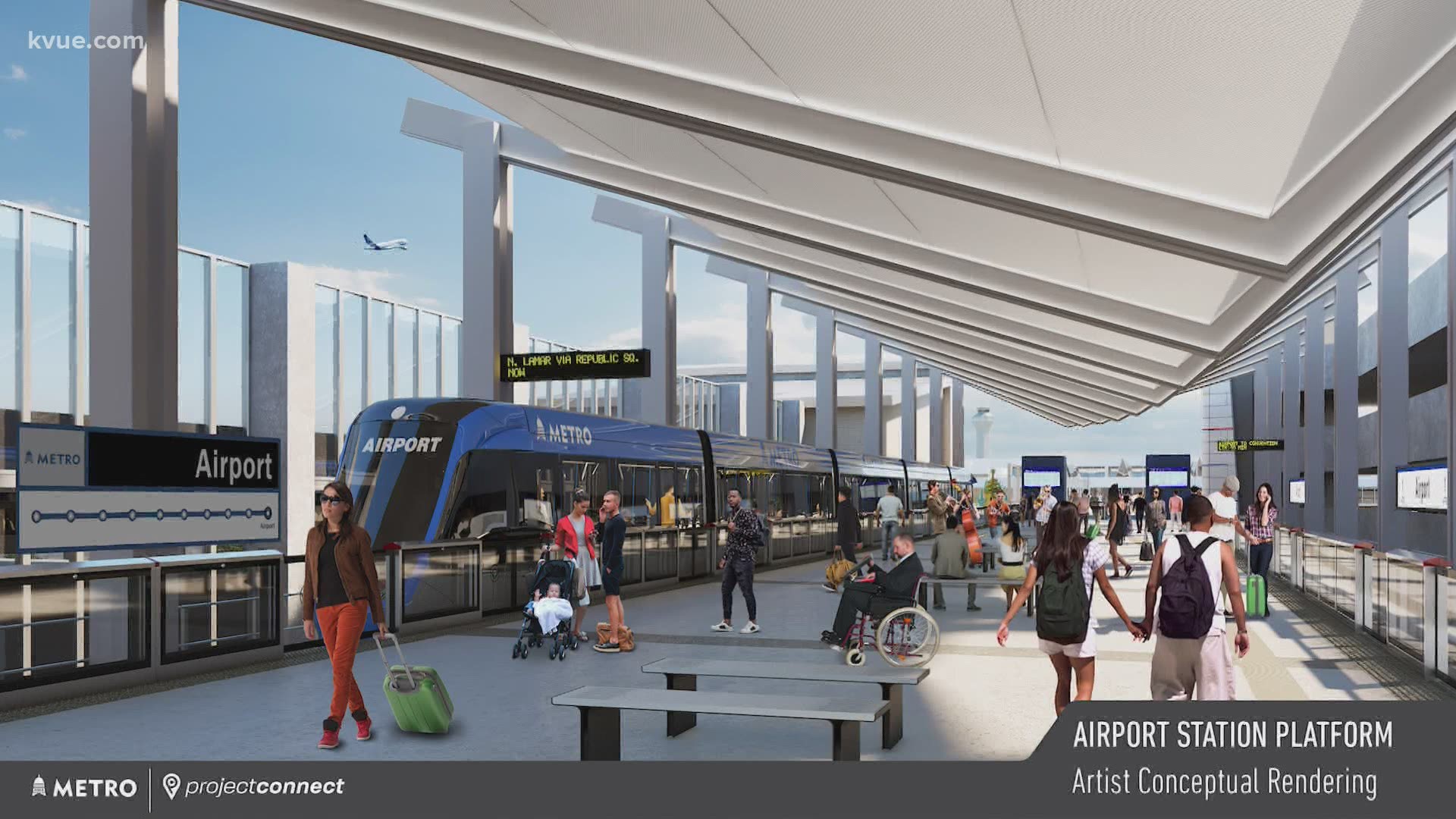 Capital Metro, Austin's public transit agency, released concept renderings of what two public transit stations would look like, pending the passage of Prop A, which would fund Project Connect, a proposed multi-billion-dollar mass transit system on the November ballot.

The renderings showed what the public transportation stations could look like at the Austin FC stadium at McKalla Place and also at the Austin airport.

In a five-part series, KVUE broke down everything you need to know about the $7.1 billion Project Connect plan: what it would cost taxpayers, what it would pay for and more. You can even play with an interactive map and timeline KVUE created to illustrate the plan.

TIMELINE: Estimated construction time for each piece of Project Connect

Here is a look at what the stations at Austin FC's stadium and at the airport could look like:

Austin FC's stadium at McKalla Place is scheduled to be finished before the spring 2021 MLS season.

Capital Metro showcased the renderings and provided an update on Project Connect in a board meeting Monday. Tune in to the board meeting here.

All of KVUE's Project Connect coverage can also be found at kvue.com/projectconnect.

WATCH: Project Connect: Breaking down the costs of the Austin transit plan