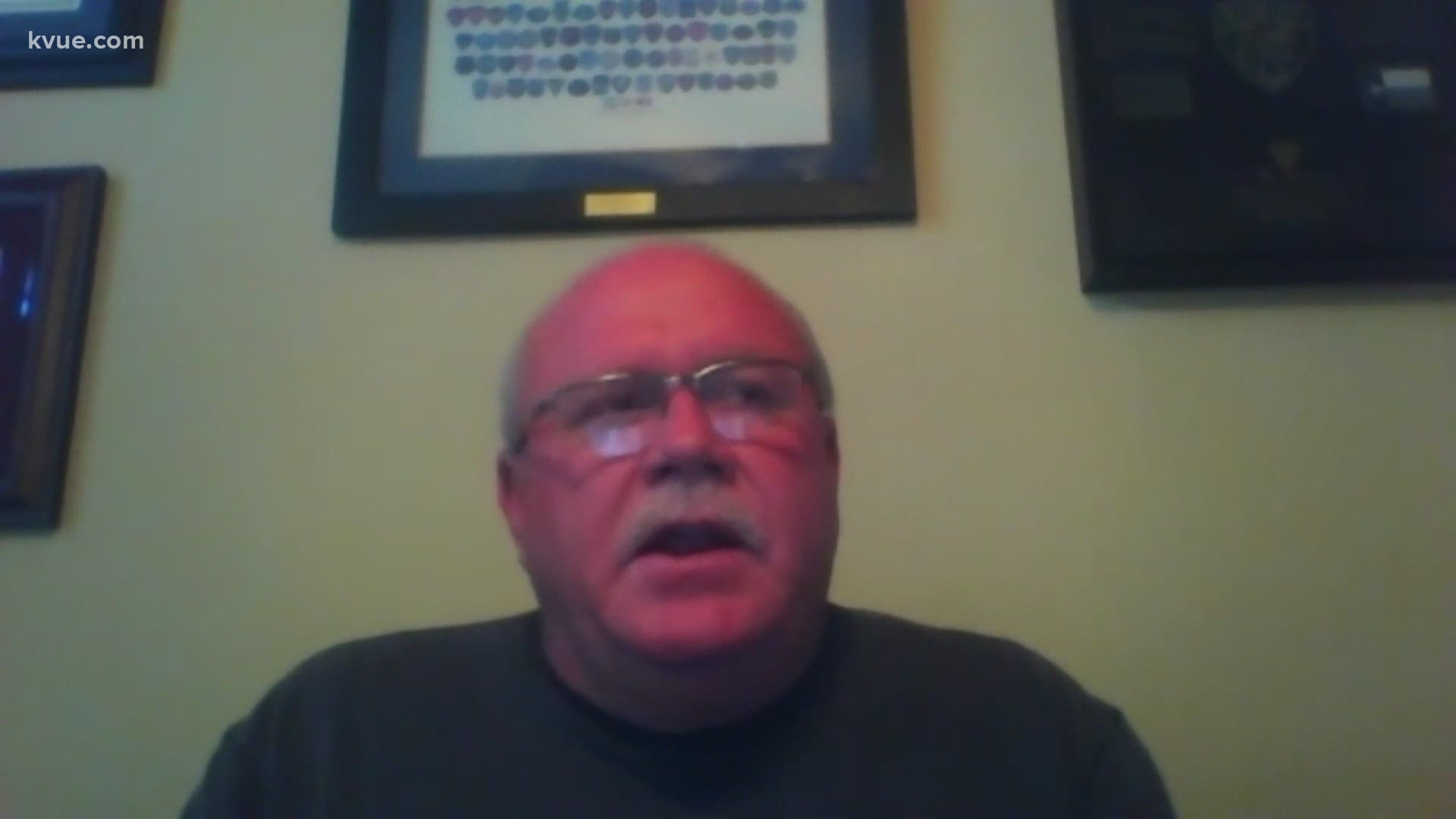 Gleason (D) has unseated current Williamson County Sheriff Robert Chody (R) by 32,501 votes. Gleason had 56% of the vote, while Chody earned 44%, with all precincts reporting.

Gleason is the first Democrat to hold a county-wide office in 20-plus years. Chody spent $1.2 million of mostly his own money in his campaign.

“The community came out in droves and exercised their constitutional right, civic duty to vote, and the processed worked,” said Mike Gleason.

The race was one of the most closely watched in the local election cycle this year, as Sheriff Chody’s office was often in recent headlines due to the death of Javier Ambler in 2019 at the hands of Williamson County deputies.

Gleason told KVUE's Tony Plohetski the deputies involved should be on administrative leave and he believes they may voluntarily leave when he takes office.

In September, Williamson County District Attorney Shawn Dick announced that a grand jury indicted Chody on a felony evidence-tampering charge related to the destruction of video captured right before Ambler’s death. However, Chody called it all a political move.

"DA Shawn Dick knows there is no possible conviction here," Chody said. "He is pursuing an indictment at the time solely for political reasons, and I look forward to prevailing in the election."

In the March primaries, Chody and Gleason did not go head to head and instead ran for their parties’ nomination. Chody earned around 39,060 votes while Gleason picked up 47,470.

In September, St. Edward’s University political expert David Thomason said he thought it would be a tight race due to Sheriff Chody’s indictment and changing demographics in the county.

"So, as Williamson County is changing, its demographics is changing. We may see different law enforcement tactics and different law enforcement approaches," Thomason said. "But, for example, Shawn Dick is a Republican. And in the discussions, there is a lot of questions about the relationships between the district attorney's office and the current – Sheriff Chody’s office. And that relationship is both on the Republican side. So, you can see that there's not, the party alignment is not consistent with that difference between the district attorney and the sheriff's department. So, you may be seeing a shifting demographics in the district and that may be changing how law enforcement is conducted in that county."