In about a decade, the county's population has grown by nearly 40%, according to U.S. Census Bureau estimates. 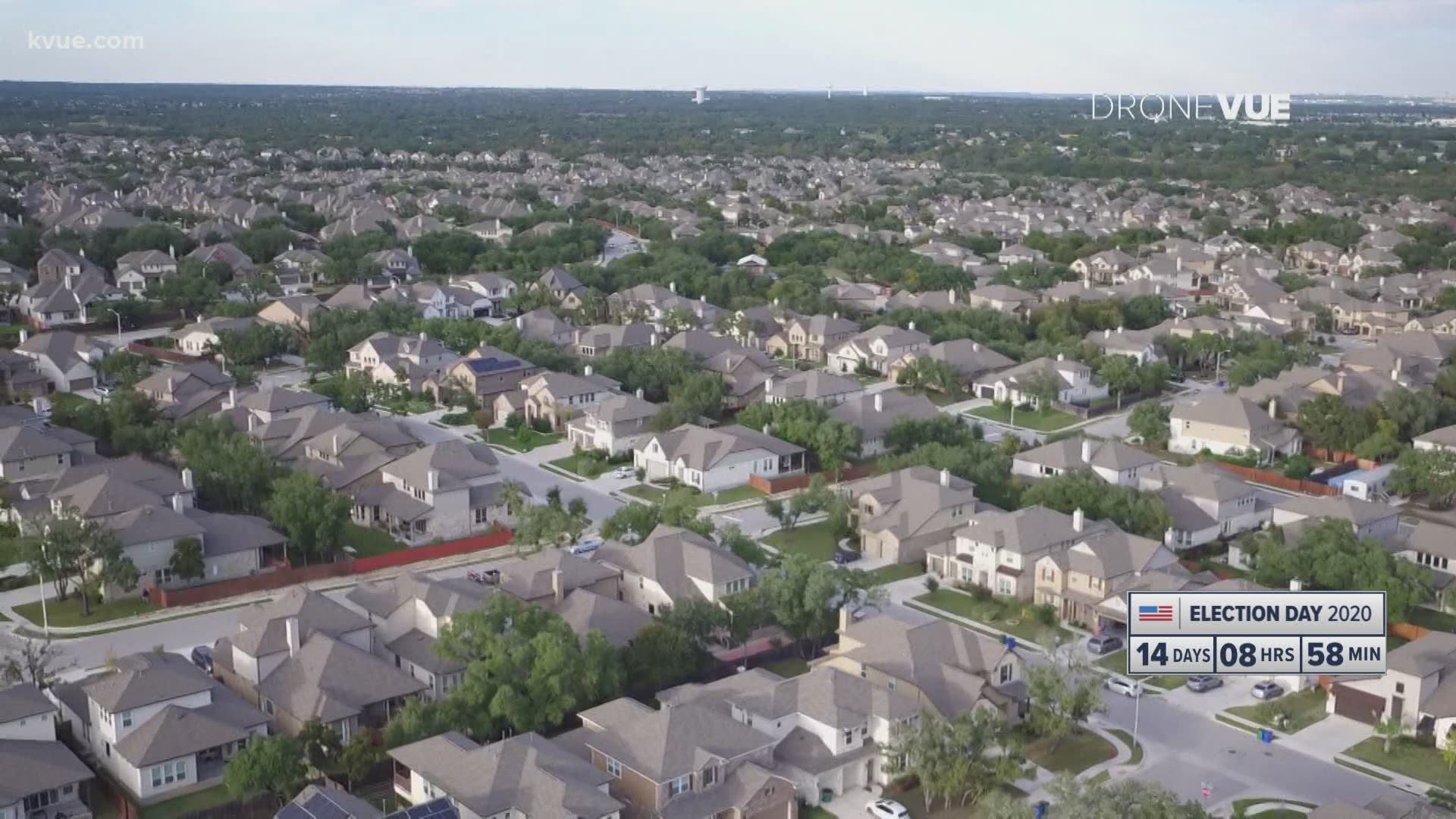 WILLIAMSON COUNTY, Texas — Williamson County's population is growing annually, and that growth is contributing to a change in the county's voter demographics.

Depending on who you ask, this growth is either good or bad.

Gilby has helped lead the effort to try to turn the historically conservative county blue.

RELATED: Some voters wait in long lines on the first day of early voting in Williamson County

But the Democrats did flip two Texas House of Representatives seats.

Gilby said they plan to do more this election.

"We not only plan to keep those two seats, we plan to elect a Democratic sheriff here in WilCo, take a seat or two on the bench and elect Democrats up and down the ballot," she said.

But Williamson County Judge Bill Gravell, a Republican, said the county's Republican voters are just as energized as its Democrats.

"If you think that the Republican Party is going anywhere anytime soon, you're sadly mistaken," Gravell said.

"I've seen the Beto tsunami. I think we're going to see a Trump tsunami, too. And I'm just not trying to be political. I'm just being honest with you. There is a wave of folks coming out this year that I've not seen before," he said.

Below is a breakdown of some important recent Democratic and Republican votes in Williamson County that help paint a picture of its changing dynamics.

Pedestrian dies after being hit by a vehicle on Airport Boulevard