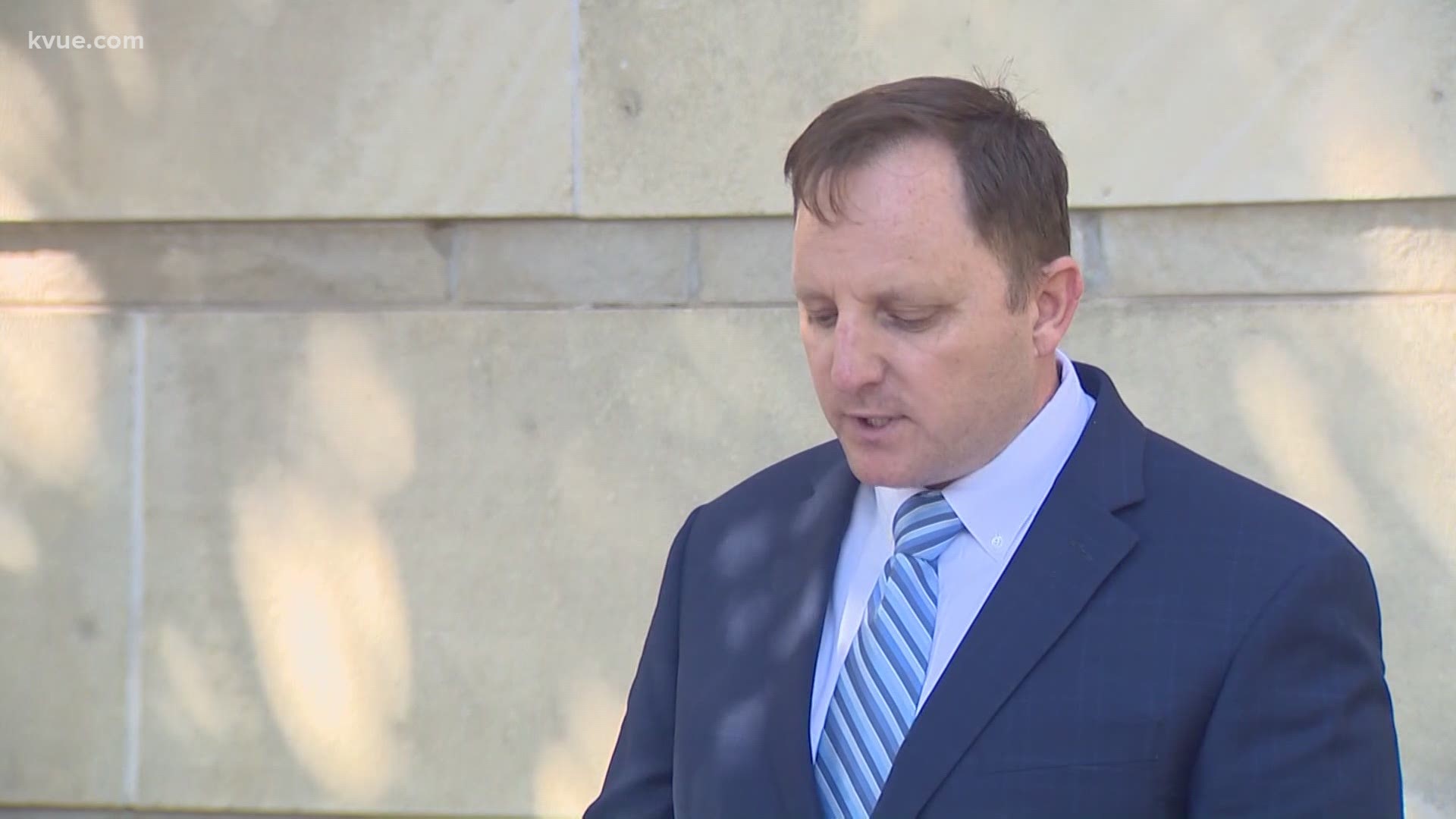 WILLIAMSON COUNTY, Texas — When it comes to elections for county sheriffs, experts say it's the incumbents who typically hold the advantage in Central Texas counties. But the race for Williamson County sheriff could prove to be a tight one this year.

"What can be unusual is when there is something high profile that highlights the position of the sheriff in those counties when there is a high-profile situation," said David Thomason, an assistant professor of political science at St. Edward's University. "Like what we're seeing now with the Javier Ambler case, I think that's when those races become more apparent to the general public."

RELATED: Sheriff Chody indictment: How some Georgetown voters say it will impact their decision

On Monday, Williamson County District Attorney Shawn Dick announced that a grand jury has indicted Sheriff Robert Chody on a felony evidence-tampering charge related to the destruction of video that shows the final moments of Javier Ambler's life.

Chody responded to the indictment at a press conference Monday, calling it a political move.

"DA Shawn Dick knows there is no possible conviction here," Chody said. "He is pursuing an indictment at the time solely for political reasons, and I look forward to prevailing in the election."

The election this November sees Chody, a Republican, up against Mike Gleason, a Democrat and former assistant chief deputy for the Williamson County Sheriff's Office.

In March, during the primaries, the two did not go against each other directly, instead running for their parties. Gleason picked up around 47,000 votes, while Chody picked up around 39,000.

Thomason believes the race between them could prove to be a tight one.

"I think this is a close race," he said. "And when you're in an office, as Sheriff Chody is, and you're indicted in that office, that is a major factor that both parties, both voters on both sides of the equation are going to examine."

He added that voters could be looking more at performance instead of party.

"I think that Williamson County isn’t as strongly Republican as it may have been 10 years ago or 20 years ago. The dynamics of Williamson County are changing. And that dynamic, that change, may also feed into how the perception of the sheriff's – Sheriff Chody’s – position is," Thomason said. "So, I think this will have an effect on the voter when they look at this election and they look at the local race."

He also believes Williamson County has recently had shifting demographics.

"So, as Williamson County is changing, its demographics is changing. We may see different law enforcement tactics and different law enforcement approaches," Thomason said. "But, for example, Shawn Dick is a Republican. And in the discussions, there is a lot of questions about the relationships between the district attorney's office and the current – Sheriff Chody’s office. And that relationship is both on the Republican side. So, you can see that there's not, the party alignment is not consistent with that difference between the district attorney and the sheriff's department. So, you may be seeing a shifting demographics in the district and that may be changing how law enforcement is conducted in that county."