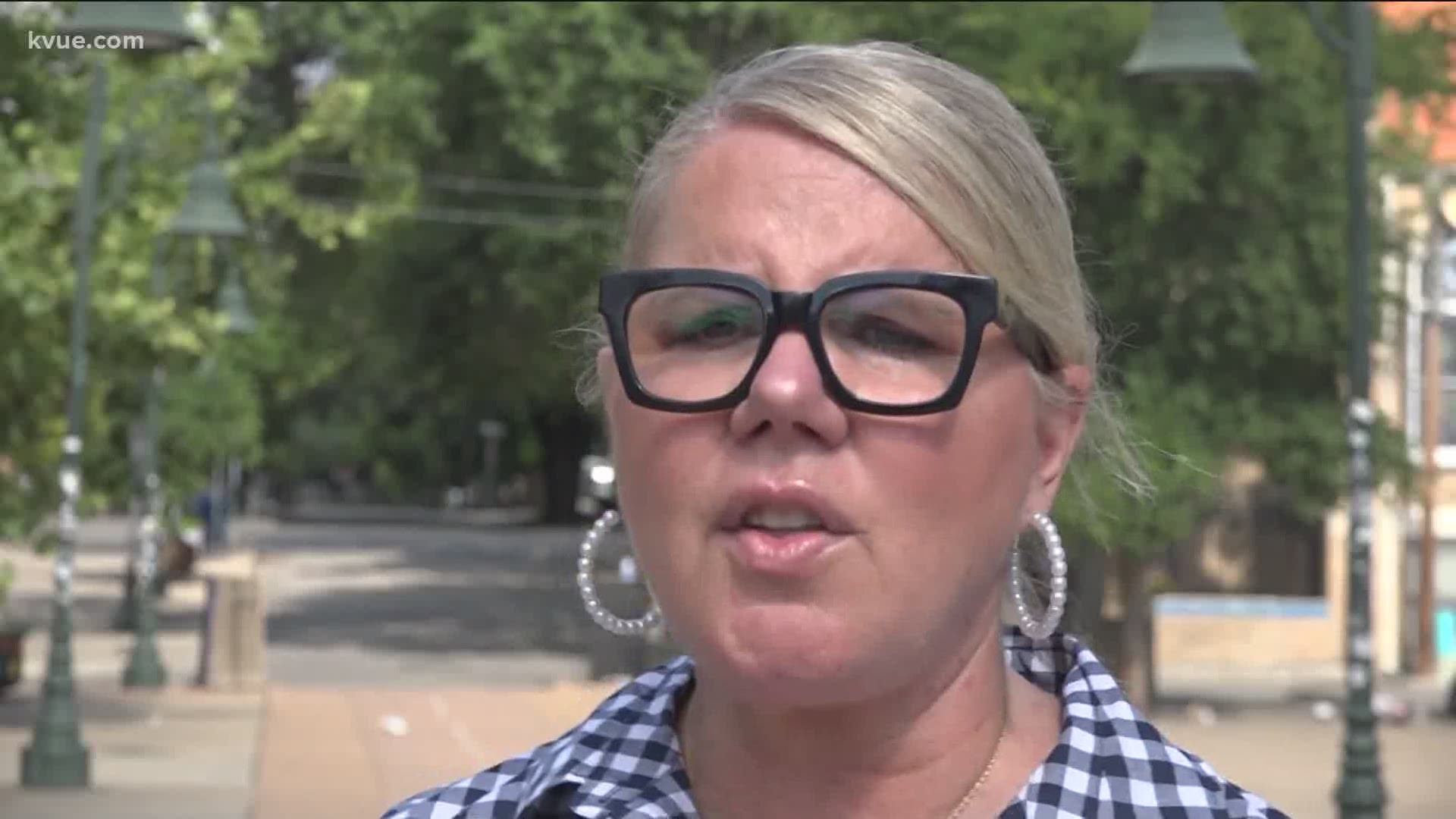 AUSTIN, Texas — Safehorns, a private coalition of concerned parents, stakeholders and citizens committed to safety at University of Texas at Austin, has put up a fight to get more police officers in the West Campus area since 2016.

$8M is going toward keeping UT Austin campus area safe. Here's a breakdown of where that money will go

"Crime keeps escalating and now we're talking about defunding public safety. What is that going to look like," asked Joell McNew, Safehorns president.

"Students are fearful to walk through this area and we've been advocating with the City for years to see improvements. I mean, we want HALO cameras, we want lighting. Lighting doesn't meet standard in this area and that was something we addressed with the City," said McNew.

The West Campus area goes from Martin Luther King Jr. Boulevard to 29th Street and from Lamar Boulevard to Guadalupe Street. It's not on UT's campus.

In June 2019, the City of Austin passed a measure to increase lighting in the area, and earlier this year, UT System Board of Regents approved $8 million in funding for security improvements around West Campus, which was a big win for Safehorns and students living in that neighborhood.

"It was postponed by Chief [David] Carter in April due to the pandemic. Putting a substation on the drag and adding 11 more officers and UTPD to this area, I think that's the only way we're going to see improvement," said McNew.

Now with the City's plans to divest Austin police funding, concerned parents feel like they're taking 10 steps back because they're not getting what they were expecting.

"It can't all be the University of Texas. This is the City of Austin," said McNew.

KVUE reached out to District 9 Councilmember Kathie Tovo for a comment on Friday, since West Campus is in her district, but we haven't heard back yet.

"Since the inception of SafeHorns in 2016 we have been advocating for public safety. Specifically focused on improving safety on and around the University of Texas at Austin. We have met with you many many times and you’ve taken no action. Now, you all are part of the conversation to defund, reform, abolish public safety in Austin as we know it.

"Last Thursday, June 11, 2020 it’s been reported to us, that a walk home at 6:13pm became a chase, assault and ending with an arrest of a serial criminal...Mr. Funts. Please explain to us how defunding public safety will improve the community? Do you feel that Mr. Funts criminal history with arrests in January, March, April and now June could be de-escalated by a social worker?

"The Austin City Council asks for student support on their agenda items yet takes no action to address public safety which impacts their quality of life. Hypocrisy at its finest. Habitual offenses and no accountability for trespassing. Trespassing is an issue impacting the community yet you tie the hands of APD to enforce and therefore not support the off campus student housing and businesses ability to use this tool to secure their properties.

"What is your plan? Explain to this survivor and our entire community how you are going to commit to keeping Austin safe.

"We demand answers and action!"