Four Sixth Street bars have had their alcohol permits suspended for 30 days. 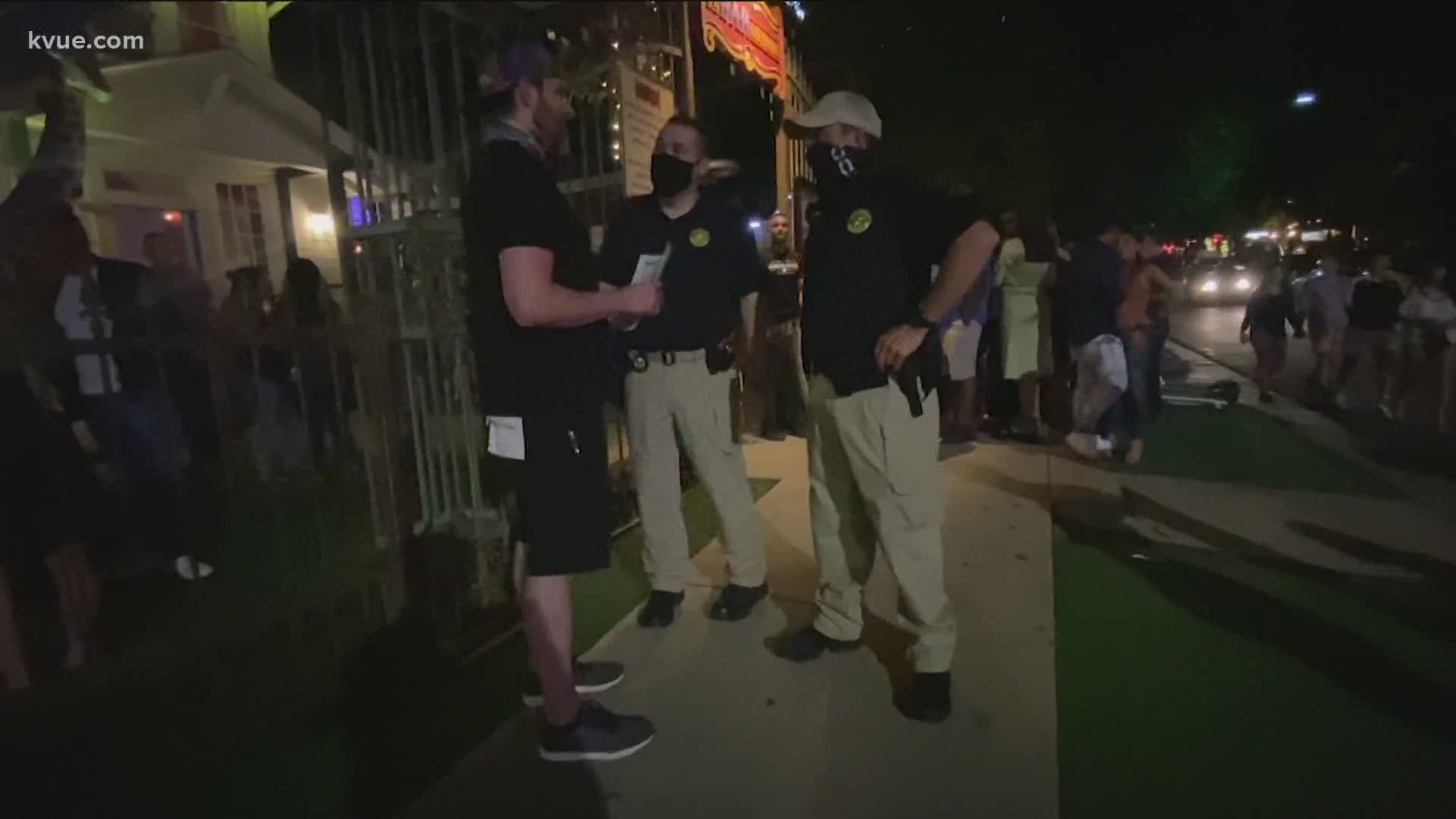 The reported violations were part of the second and third nights of the TABC's Operation Safe Open to inspect businesses across Texas to ensure they're following protocols to stop the spread of COVID-19. Requirements include indoor customer capacity limits of 50% for bars and 75% for restaurants, along with social distancing of at least six feet between groups of customers.

"Protecting the health and safety of Texans during this pandemic is our top priority," TABC Executive Director Bentley Nettles said. "We warned businesses TABC will have no tolerance for breaking the rules, and now, some bars are paying the price. I hope other establishments will learn from these suspensions."

The TABC said the four Austin bars either failed to keep patrons socially distanced, or operated above the 50% indoor capacity limit. TABC Spokesman Chris Porter said to find violations they're keeping an eye on social media posts, responding to complaints from local law enforcement or private citizens, and going undercover.

"In many cases, the business owners won't be aware that we're there because there isn't a violation. But in those key cases where we do record violations, what we'll do then is have an open-team followup visit by the undercover team just to inform them of that violation and then take further action as needed," said Porter.

"Like many small businesses, Whiskey Tango Foxtrot Icehouse has struggled to survive in these trying times; however, the State has decided to further jeopardize our survival by over-reaching and penalizing small businesses for the individual choices of their patrons and their rights."

Kareem Hajjar, who represents about 3,000 bars and restaurants in Texas, said the suspension, following months-long closures due to coronavirus, will have a major impact on these businesses.

Hajjar said the bars that received the suspensions are still allowed to operate without selling alcoholic beverages, but most bars would typically close down.

A total of 17 Texas bars have been issued an emergency order for a 30-day suspension for not following social distancing rules:

TABC is continuing to monitor bars and restaurants to ensure they are following COVID-19 safety protocols. Businesses found to be in violation face a 30-day license suspension on the first infraction and a 60-day suspension on the second.

On June 29, the TABC announced more Texas bars have had their permits suspended for not shutting their doors on June 26, as ordered by the governor. Included in that list was one Austin bar, The Park at The Domain.