The plan comes after an alleged attack by a homeless woman on two students in Downtown Austin. 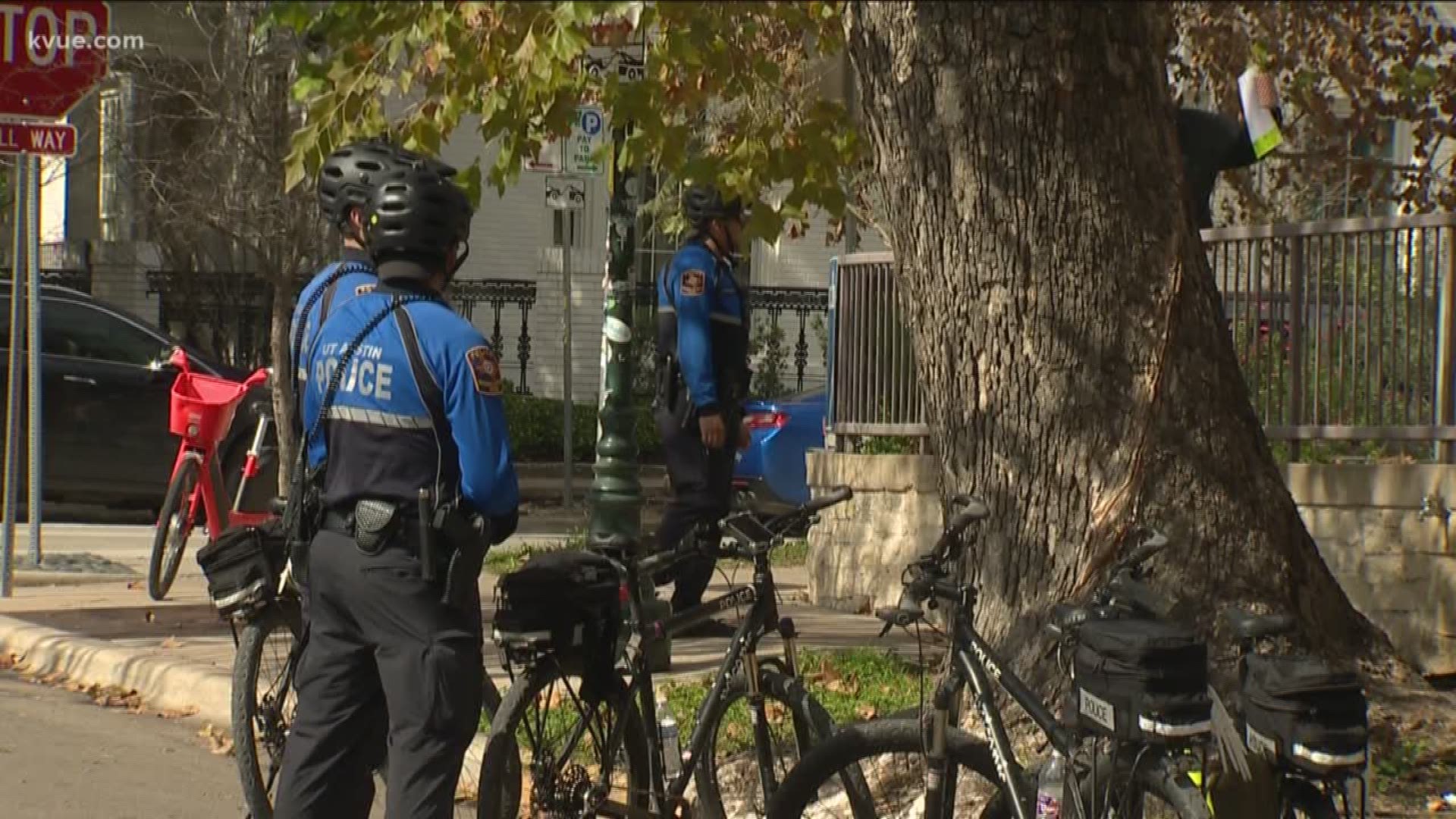 AUSTIN, Texas — University of Texas Police Chief David Carter said he is working on a plan to try to keep the UT community safer. It's one he has used before.

Since 2014, the chief has used his officers to patrol The Drag or Guadalupe Street. Soon, expect to see more officers on West Campus.

"We are looking at policing an area where you will find UT students living or congregating," Chief Carter said.

"It turned out two of the victims turned out to be UT students. That clearly is an issue and a concern for us," he said.

On Monday, he told reporters those students were treated and released for their wounds and that they are doing OK.

Chief Carter's plan also includes a HALO camera system on West Campus, similar to what Austin police have downtown. HALO stands for high-activity location observation and is a specific type of camera system attached to buildings high above the street. The chief said those cameras are how APD caught the suspect in this case.

He also said there will be more lighting in the student neighborhood.

Chief Carter's tweet about the students on Sunday sparked Gov. Abbott's tweet calling for action. That triggered UT President Greg Fenves to ask for more funding with the goal to increase security for the UT community.

Joell McNew is the president of SafeHorns, a nonprofit that started after the murder of UT student Haruka Weiser by a homeless teen in 2016.

"[Those safety measures] should have been here all along knowing this was developed as an extension for student housing," McNew said.

She has been fighting for safety improvements on campus and West Campus ever since Weiser's murder.

With Chief Carter's plan, and her group securing funding for a new call box in West Campus, she feels hopeful that students are now a priority.

"If it wasn't for Gov. Abbott, this would not be happening, we have been talking to city leaders, university leaders," she said.

Chief Carter couldn't give us any specifics of the plan because he has to run them pass his boss, President Fenves, first.

As for a timeline, it's as soon as possible.