Sixteen people were displaced after the illegal use of fireworks caused an apartment fire. 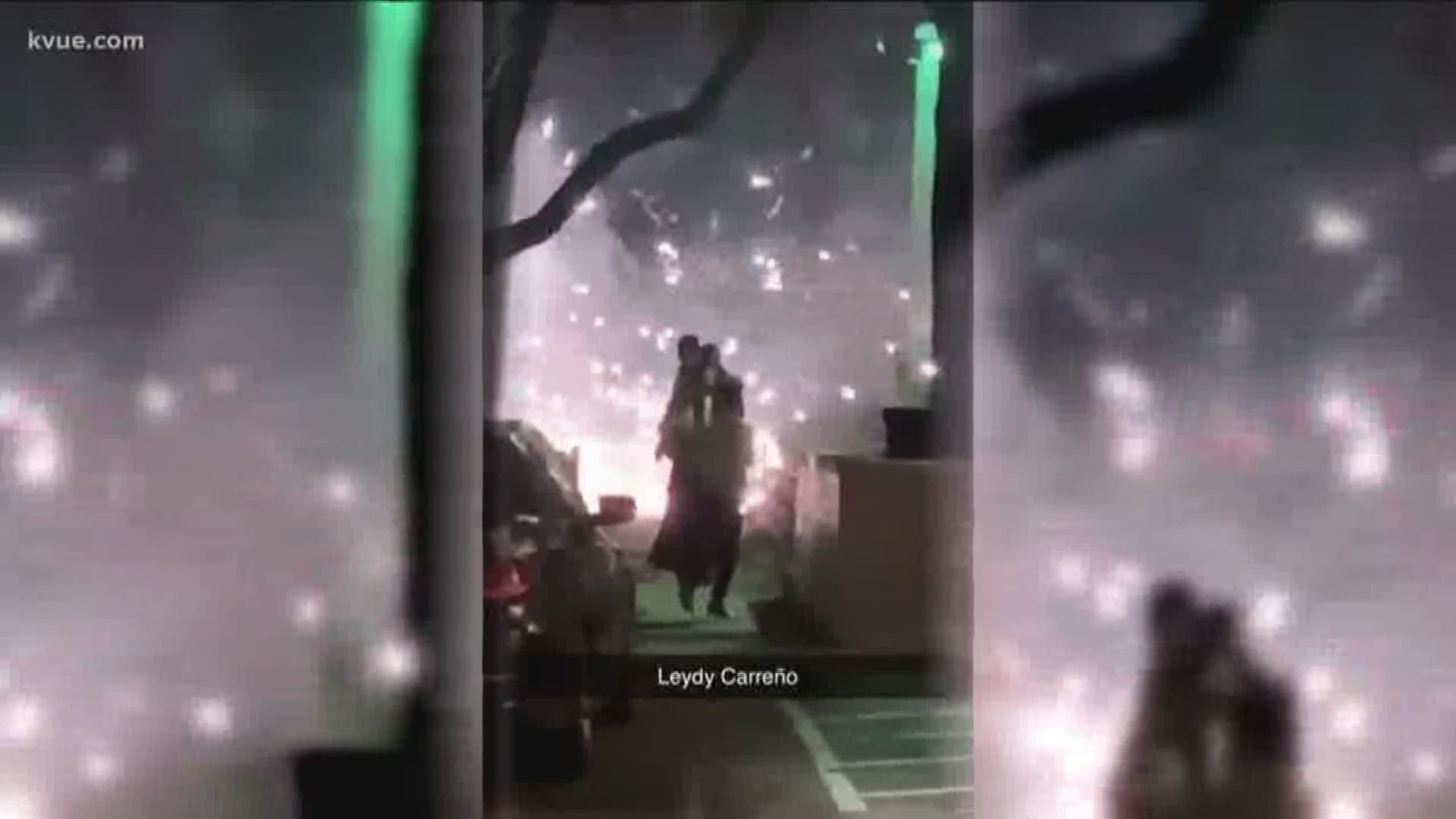 AUSTIN, Texas — Some Austinites are out of their home on New Year's Day after a fire in the Mueller district was started by fireworks.

It happened at the Mueller City View Apartments on Reinli Street around 12:30 Wednesday morning.

"I saw that there was a lot of kids running, and then we saw the whole fireworks exploding and it was really, really close to the building," said Leydy Carreño, who has lived in the complex for three years.

Carreño lives in the building that was damaged. The Austin Fire Department reported $450,000 worth of damage but no one was hurt.

According to investigators, people using fireworks illegally started the fire.

"I was having a lot of emotions. I was mad. I was like, 'Why did someone actually think it was OK?'" Carreño said. "I was feeling worried for the people that were inside. I was like, 'Are there people inside, kids inside, dogs?' I’m not sure."

The Red Cross is now helping the 10 adults, six children and one dog who were displaced from four apartments.

The illegal use of fireworks is a Class C misdemeanor.

The AFD reported that they also responded to about 30 brush fires from illegal firework use overnight, which they said is fairly typical for New Year's.