The woman said the incident happened just after midnight. 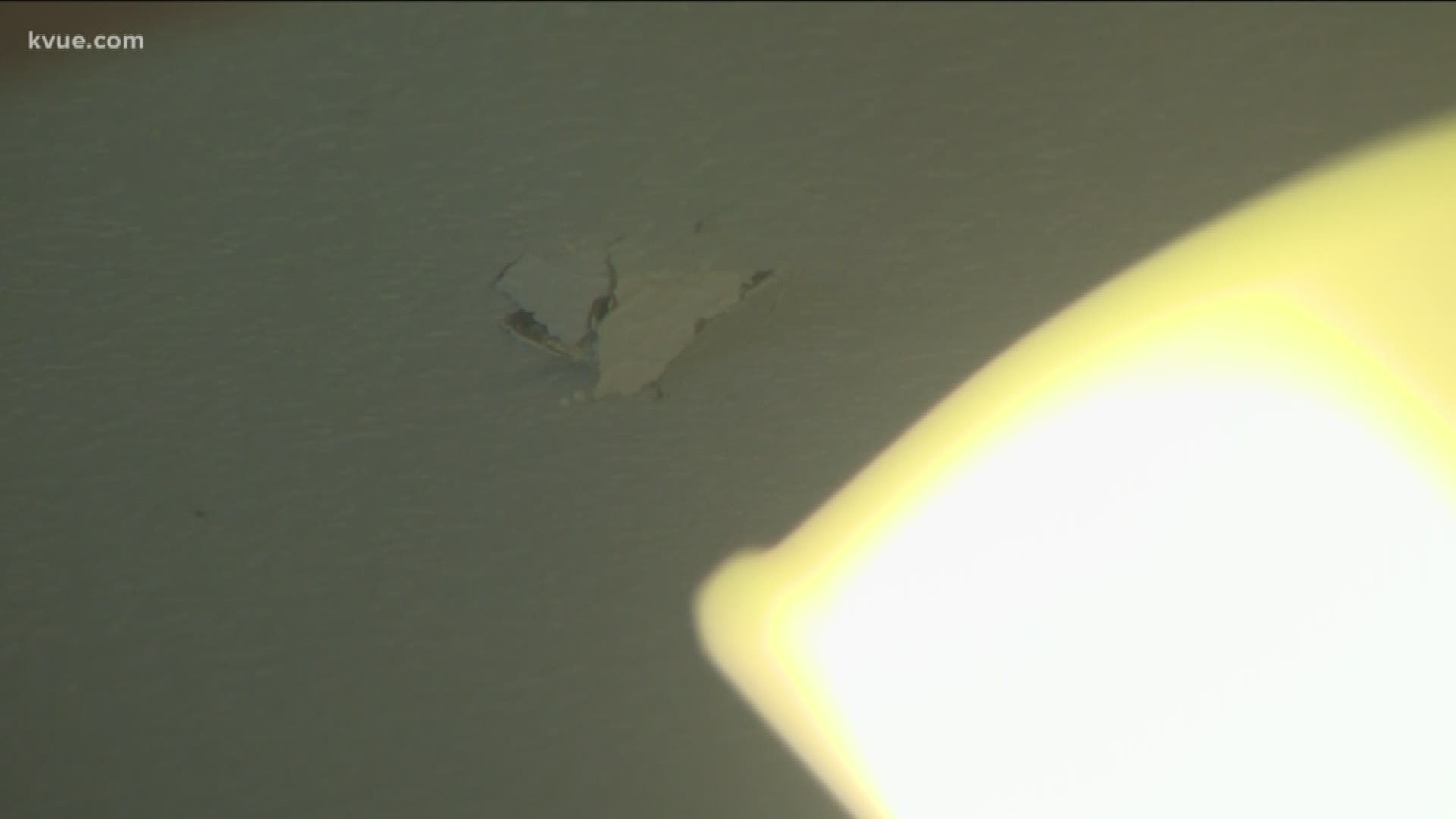 AUSTIN, Texas — It may seem like common sense, but shooting guns up into the air is very dangerous.

One East Austin woman nearly learned that the hard way. According to Austin senior police officer Bino Cadenas, a woman posted photos of a bullet that came through the roof of her home on China Rose Drive just after midnight Wednesday. The woman said the bullet nearly hit her on her head while she was sitting on her sofa.

"Please, please ... don't shoot up in the air! It's irresponsible, illegal and dangerous," Cadenas wrote in a tweet Wednesday afternoon.

KVUE spoke with the woman on Thursday.

"Something about your instincts, you just know something is wrong. So it kind of shattered my security that night," said Megan Torres.

Torres said she was sitting inside her home when she heard a loud popping noise.

"I initially thought fireworks had come through our house, and I was really angry," said Tores.

She said she then noticed a hole in her ceiling. She and her husband later found the bullet under the kitchen table.

"I’m an average person in my home in East Austin, and someone’s bullet went through my roof, right next to my head, very close to me," said Torres. "Those actions could literally take someone’s life or injure someone to an extreme extent. It’s just not right."

Cadenas said police get calls every year regarding gunfire on New Year's Eve.

"Occasionally, we do respond to incidents where someone is injured or another incident where there is property damage," said Cadenas. "Thankfully, in this one incident here, Ms. Torres and her family were not injured, but it is something that most citizens don’t even think about, really. But it happens."

He said police are investigating.

Cadenas said if someone hears gunshots to call 911, tell them the location and the direction it's coming from.

This wasn't the only illegal new year's celebration to cause destruction in Austin. Illegal fireworks use caused an apartment complex fire in the Mueller area that has displaced 16 people. The Austin Fire Department said the fire caused $450,000 worth of damage but, thankfully, no one was hurt.

Celebratory gunfire led to a woman's death in Harris County just after midnight Wednesday. According to Harris County sheriff's deputies, 61-year-old Philippa Ashford was with her family lighting fireworks to celebrate the new year when she was hit by a stray bullet. She died at the scene.

Elsewhere in Harris County, a man was shot in the wrist due to celebratory gunfire. Also just after midnight, the man and his roommate were outside ringing in the new year when he was struck. He was rushed to the hospital and is expected to be OK.