Austin Water said the overflow has not affected the city's drinking water supply. 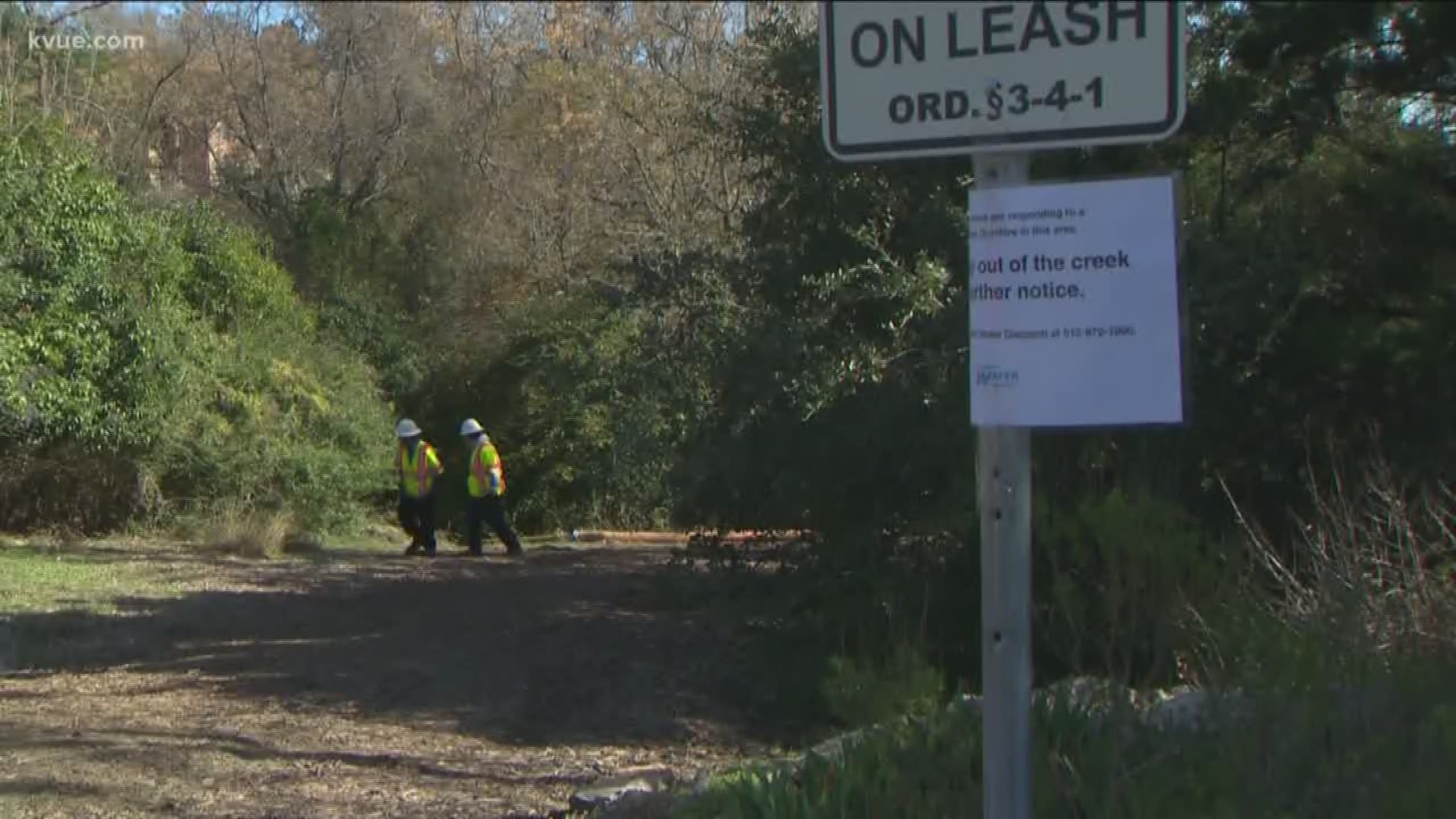 An overflow exceeding 100,000 gallons of wastewater flowed into a tributary of Bull Creek, Austin Water said in a press release sent Sunday evening. The City said the overflow was discovered at 11:30 a.m. and crews were onsite bypass pumping and completing repairs, cleanup and recovery.

Residents were urged to stay clear of the area, creek and trails in Great Hills Park near 10801 Sierra Oaks until further notice.

The preliminary guess is that the pipe failed. But the pipe was not as old compared to some other pipes in the system. According to their records, the pipe was constructed in 1982 and was made out of concrete. That material may be to blame for the broken pipe.

"That type of pipe is more apt to fail, we have newer pipes that's PVC that is more durable and will last longer," said Kevin Koeller, who works for Austin Water. "It's an older pipe but it's not some of the worst pipes in our system."

Some neighbors say that there has been a noticeable odor but nothing else has really impacted the area.

"So we've been able to smell this horrible sewage stink," said Amy Harper. "This is kind of a creek where my kids play. All the kids in the neighborhood play down here and we've been really bummed we can't let them out."

In October of this year, Austin Water informed the public that 25,000 gallons had overflowed into Bull Creek. The sewage spill killed nearly 165 fish. In the October overflow, crews responded at approximately 4:30 p.m. and stopped the spill by 6 p.m.