'Once you see it as litter, you can't see it any other way,' one volunteer said. 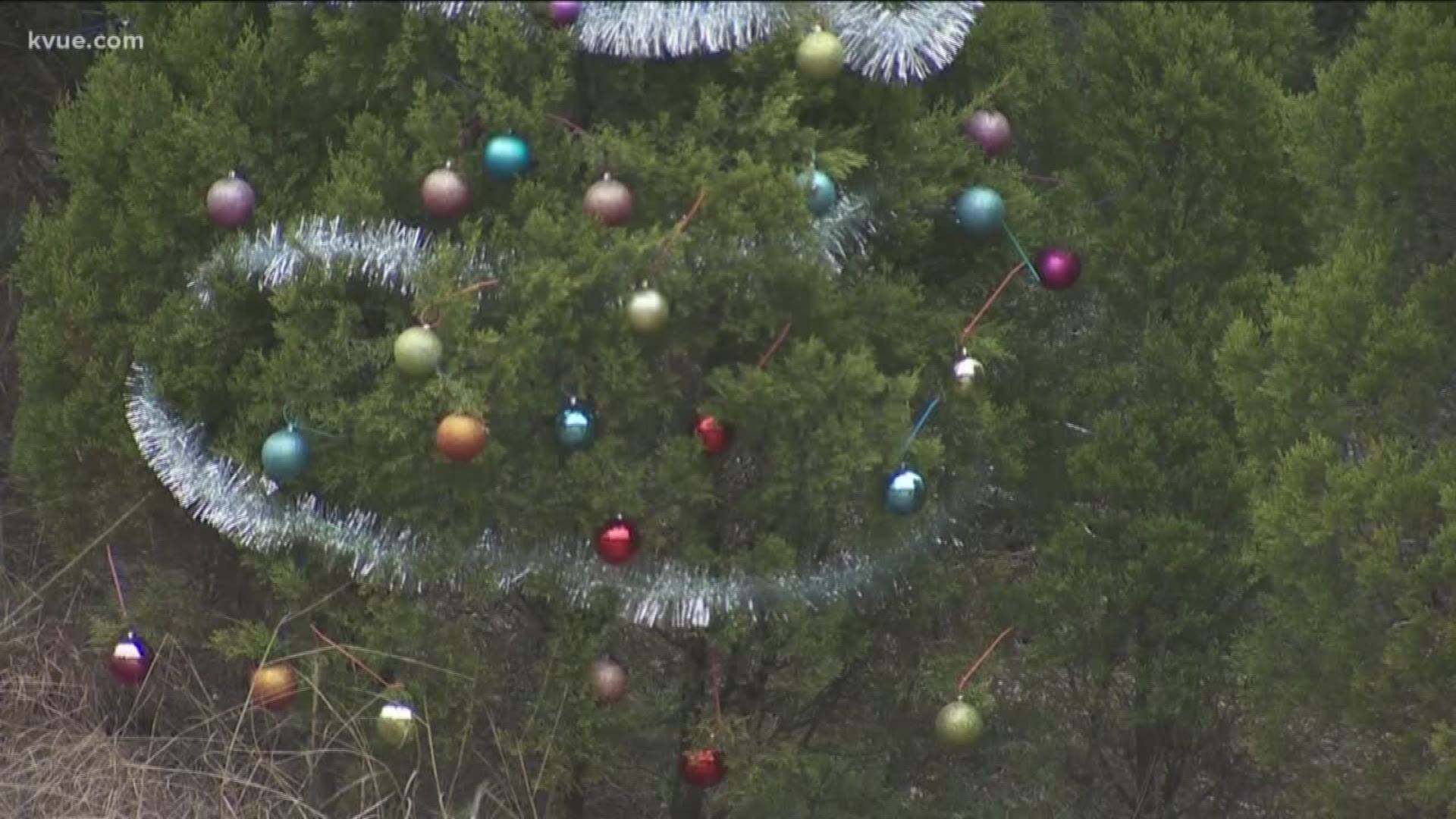 AUSTIN, Texas — The Bull Creek Foundation (BCF) spoke out to local Austinites in hopes of stopping a recent Austin tradition: putting Christmas ornaments on the juniper trees along Loop 360 in West Austin.

BCF was founded in 1994 to be a steward of the Bull and West Bull Creek Watersheds, and is an all-volunteer effort that builds and maintains trails. It organizes workdays to maintain the greenbelt and district park, and it has completed a wide range of improvement projects throughout the watershed, according to BCF

The foundation said although some folks think that the similarity of the evergreen junipers to Christmas trees means that they need ornaments, the tree decorating custom is a form of littering and at times trespassing as well.

The problem is that the decorations often blow off or fall from the trees and end up in or near Bull Creek, causing pollution and potentially harming wildlife, BCF said.

RELATED: What it takes to keep Zilker Park looking fresh

BCF said that some tree decorators return to remove their remaining ornaments after the holidays, but most of the cleanup work is done by organizations such as Keep Austin Beautiful and Boy Scouts.

Volunteers participating in trash cleanups organized by the foundation said they find tinsel, fake snow and broken ornaments throughout the year.

Cleaning up the Loop 360 tree decorations is not a fun holiday activity.

"Once you see it as litter, you can't see it any other way," said a volunteer.

The public tree-decorating custom is thought to have begun in the area in the late 1990s and has grown in popularity in the last few years, with some folks traveling to Austin to participate, BCF said.

Austin's 360 holiday tree decorations -- love it or hate it?

"Today, with the availability of cheap ornaments and the ever-increasing population, the tradition has exploded and the trash aftermath gets worse every year. It has become unsustainable and at times an eyesore, but it is so prevalent that the City’s inability to stop it has been taken as a sanctioning of the activity," said Rachel McGill, Bull Creek Foundation president.

This year, Bull Creek Foundation is focusing on the stretch of Loop 360 between Lakewood Drive and Spicewood Springs Road. This area is close to Bull Creek and has been a popular site for tree decorators in recent years.

"We have lots of volunteer opportunities in our parks and greenbelts if you want to get outside with your family. This holiday season, we just ask you to leave the decking to your own halls," says McGill.

The organization hopes that this holiday season the community will skip decorating roadside junipers and participate in more sustainable activities.

Some residents like David Webber, agree with the Bull Creek Foundation.

" I don't like seeing people decorate the trees.I see it as litter," said Webber. "As nice as the holidays are, I think our natural environment and seeing it untouched is beautiful."

Other residents like Tory Chumchal,thinks the tradition is a sight to see.

“I think the community really loves it," said Chumchal. "It’s pretty cool to see the decorations that people come up with."