While people are still moving to Central Texas for the booming economy, they're choosing to look outside city limits. They're looking at areas like Pflugerville and Hutto. 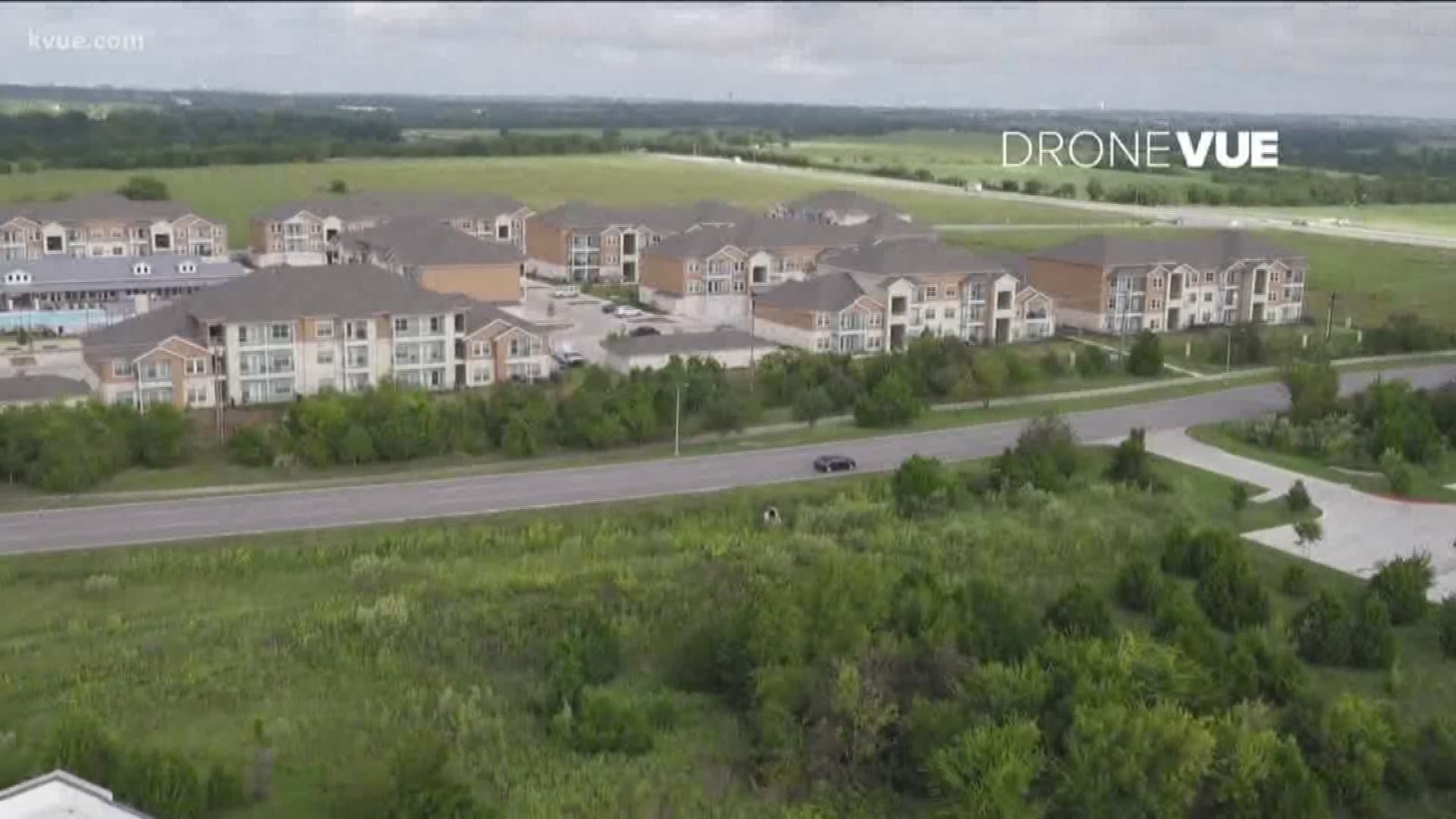 While people are still moving to Central Texas for the booming economy, they’re choosing to look outside city limits. They’re looking at areas like Pflugerville and Hutto.

"I call it an explosion and I call it growing at warp speed,” said Pflugerville Mayor Victor Gonzales.

US Census data deemed Pflugerville the third fastest growing city in the country.

Austin ranks as nation's No. 1 'boomtown' and attracts most workers, reports say

On average, 11 people moved there each day last year.

"It's the area of Central Texas is the place to be right now, and we're kind of in that phase where we're accepting,” said Hutto City Council member Nathan Killough.

Hutto's population has doubled since 2010, with about half of that growth in the past two years. Both are booming Texas towns.

“This was corn,” said Gerald Wilke, as he showed us the recently harvested fields.

Wilke has lived in Pflugerville since the 1970s. his family's farm has been there far longer.

"With the roads and the traffic the way they are, now it's really hard to move his equipment over here to farm this anymore,” said Wilke.

He now leases the land.

Piece by piece, Wilke's family sold off part of the original 300-acre property.

"They took some acreage off the front here to build this toll 45,” said Wilke.

State Highway 45 was once Wilke Lane, a country road named after his family.

"I never did think I'd see cars going up and down that fast, it used to be tractors going back and forth,” said Wilke.

In a region where the train used to the be the only real source of transportation, SH 45 and SH 130 put the area's development in the fast lane.

"It really opened the world up to Pflugerville,” said Amy Madison, the executive director of the Pflugerville Community Development Corporation.

They're in charge of recruiting new businesses.

Part of that has been through a boom of 3D-printing manufacturers.

"It's a high a growth industry that requires a lot of high tech work force," said Madison.

The type of work for employees you can find in Central Texas.

It's just one of the industries to move into 130 Commerce Center, a business and industrial park in Pflugerville.

The PCDC bought about 170 acres back in 2007 along SH 130 to help attract businesses. They just sold the last 20 acres this summer.

But with more than 2,000 undeveloped acres along SH 130, Madison said the growth is far from over.

"We have a lot of property and land along 130 that's available we have a number of projects that are looking at us,” said Pflugerville Mayor Victor Gonzales.

"Pflugerville was just known as a bedroom community, but now we're starting to get industry into town,” said Wilke.

It’s the same story in Hutto where developers are building the new Innovation Business Park.

"Since we started breaking ground and showing that Hutto was open for business, and that we wanted businesses coming, the doors have just been knocked down, people are coming left and right," said Killough. 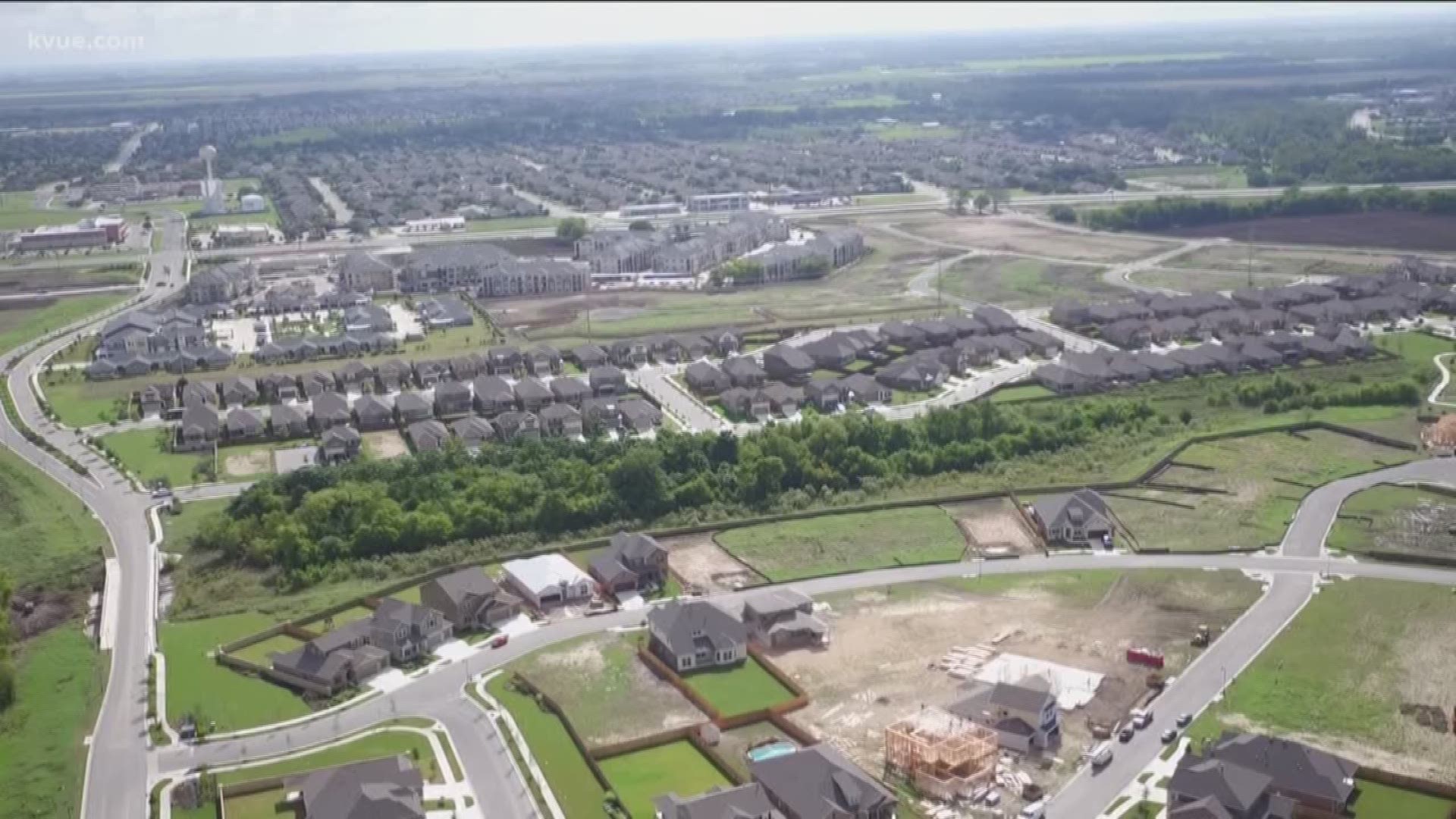 He said developers are building the new Innovation business park.

"It used to be cornfields no more than five or six months ago,” said Killough.

Right now, the plan includes six buildings. Pardigm Metals is set to make of those their new home.

"We came to this building never ever thinking we would outgrow it,” said CEO and President Daniel Chew.

He said the move will double their square footage.

"Now we've grown to a size where we can't accommodate what we're trying to build,” said Chew.

"Moving to Hutto is actually going to give us the opportunity and afford us the ability to grow at the rate our customers are expecting us to grow,” said Ogea.

The location in Hutto, next to Texas State Technical College, will also help them recruit some of those new employees.

“One of our biggest challenges is finding qualified employees,” said Ogea.

That's the goal for city officials in both Pflugerville and Hutto.

Right now crews are building a downtown district called the co-op in Hutto, which will include restaurants, bars, shops, a movie theater and apartments.

"From a standpoint of being able to go in and out of a big city and still live small, we are great at that,” said Madison.

Austin and 3 suburbs boom among the nation's fastest-growing cities

For the first time they have a hotel, with seven more in the works and a hospital on the way.

"While it's, we're not really part of Austin, its right next to Austin,” said Gonzales.

“I have so many people that are now interested in moving out there,” said Shavonne Martin, who is a Realtor with Keller Williams. "What I'm hearing a lot of people say is they feel like they can get more home for the money out there."

“In Pflugerville in particular, I think people feel like for their money that they want to spend they can get a bigger home and they can get more amenities and upgrades," said Martin.

Wilke has seen the growth in more ways than one.

"I guess this is what you call progress," said Wilke.

He started as the Pflugerville school district's agriculture teacher back in the 70s.

"I'm going to say we kind of held out here for years and years and it jumped over us, it went Round Rock and it went to Georgetown, but it's filling in now, and it’s filling in fast,” said Wilke.

As for his last acres, Wilke doesn't have plans to sell yet, but thinks it may be inevitable.