The video from the camera on the back of the driver's car shows that they missed the man by just a couple of feet. 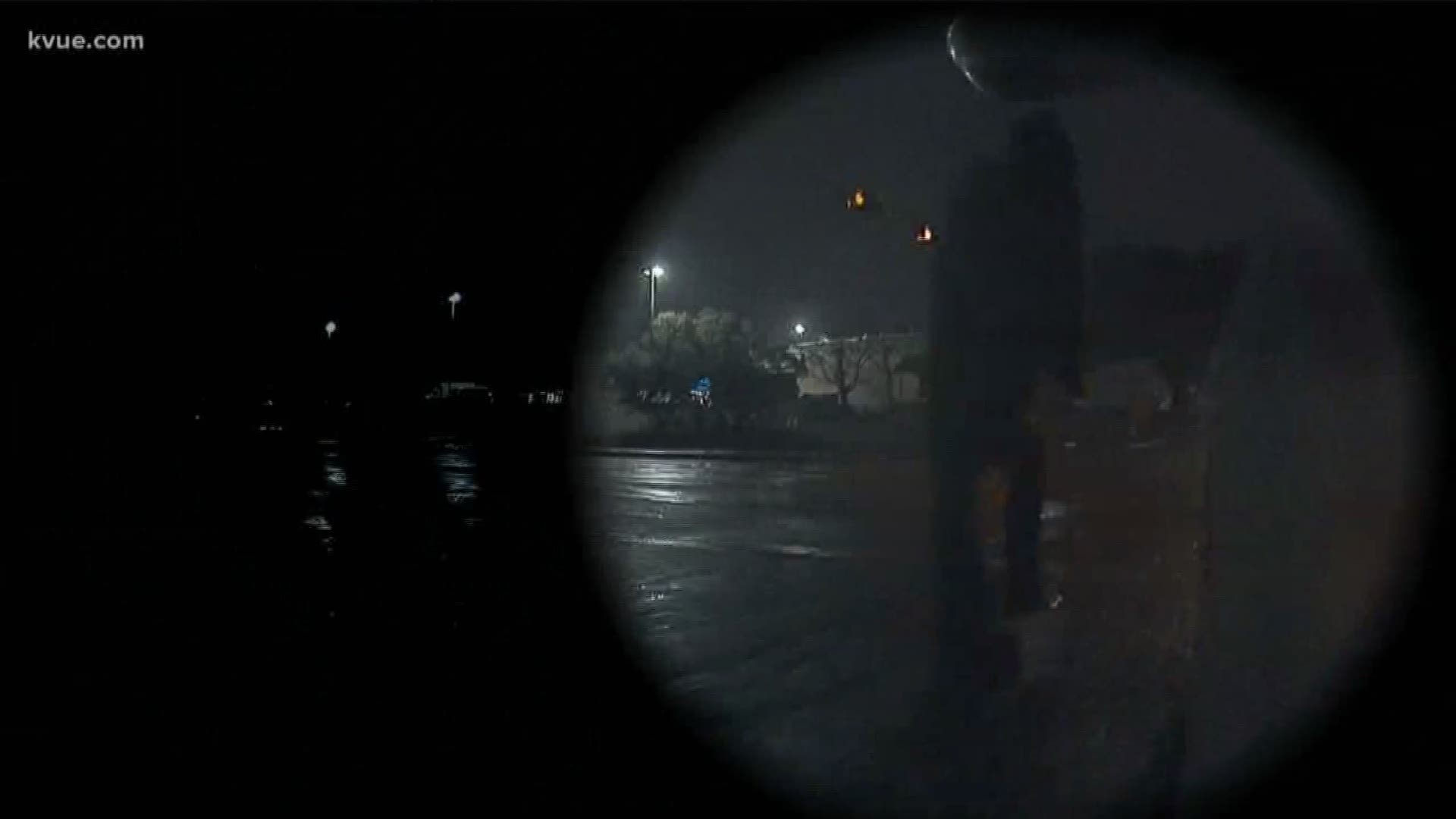 AUSTIN, Texas — A driver is encouraging others to invest in dash cameras after a close call during their morning commute in North Austin.

In a Reddit post that has gathered more than one thousand "points," the driver said a man was crossing, "on an orange hand" when it happened.

They were driving along Parkfield Drive around 7 a.m. Thursday morning. As they went through a green light at Rundberg Lane, they narrowly missed hitting a man in the crosswalk who was wearing dark clothes.

So this was my morning - guy in N Austin was crossing on an orange hand and absolutely invisible until I was 6 feet away. from Austin

The video from the camera on the back of the driver's car shows that they missed the man by just a couple of feet. Thankfully, the man was completely unharmed, the driver said.

The driver told KVUE that they're just glad that they were driving their wife's car, which had built-in cameras.

"[I] kept thinking about how much trouble it could have caused if he actually would have been hit and it was one person's word against another. I was so glad to be able to have video footage to go back to and see exactly what happened," the driver explained. "This definitely convinced me that I needed to stop putting off getting one [a dash camera] for my car."