The incident happened on Sunday on the northbound Interstate 35 frontage road. 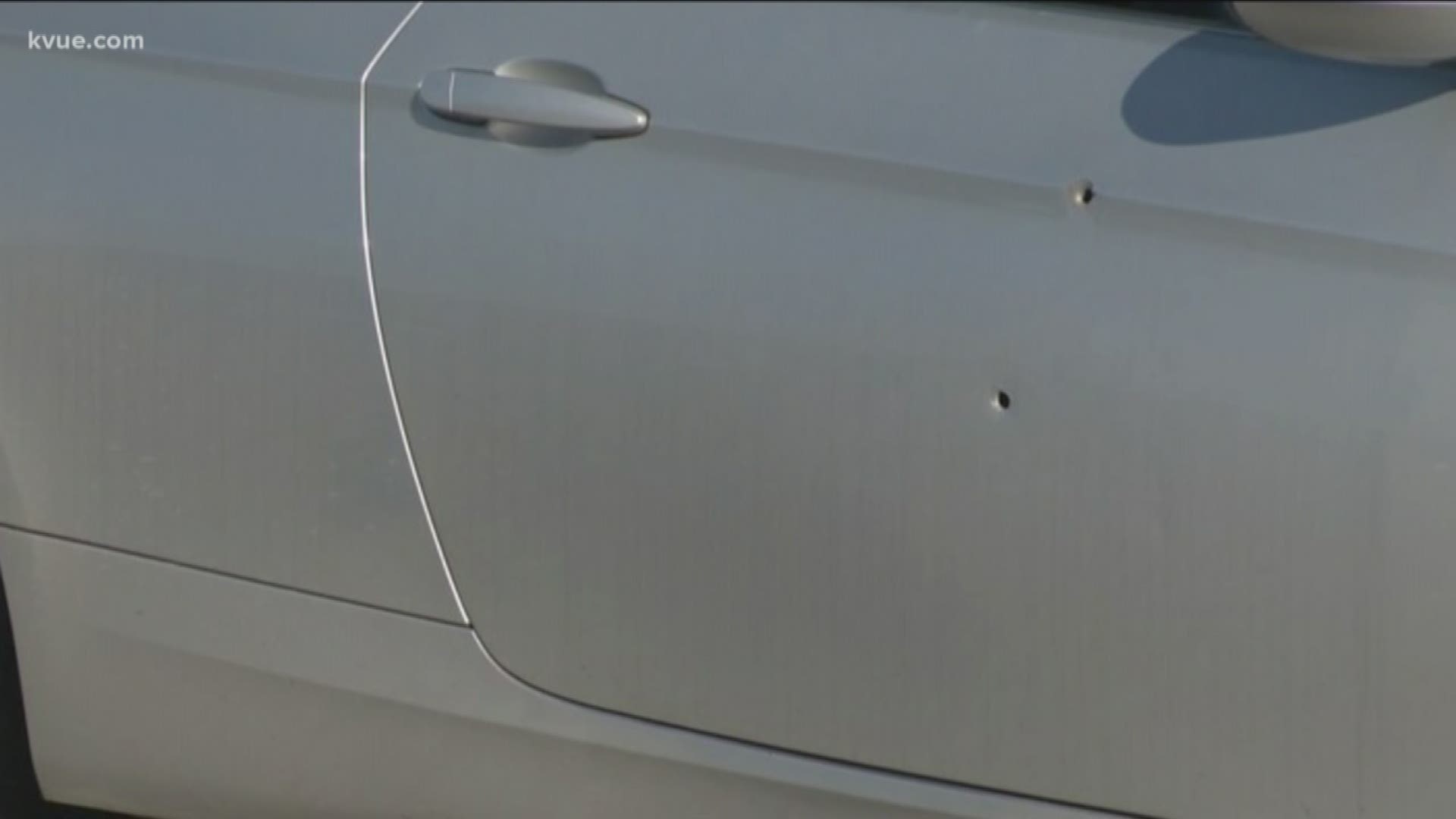 AUSTIN, Texas — An Austin man said he's thankful he and his girlfriend weren't seriously hurt after a passenger in another car allegedly fired shots during a road rage incident.

The incident happened Sunday morning on the northbound Interstate 35 frontage road just past Wells Branch Parkway, according to Orion Keeter.

He said it all began on I-35 minutes before when the driver of an older-model, gray Toyota Corolla nearly crashed into him.

"Honked my horn real quick like, 'Hey, man, what are you doing?' He swung back over real quick, and then I just continued on my way with the flow of traffic," Keeter said.

He thought that was it, that it would end there. But it didn't – and it only got worse as they exited the highway.

Most road rage incidents in Austin in the first half of 2019 involved guns, police say

"It's when they go around me when we're on the access road, get in front of me, and slam on their brake," Keeter said. "I go around them to pass. The passenger is ... leaning in front of the driver with a silver handgun with a flashlight on the bottom. And they just quickly fired three shots."

Keeter said the impact shattered his car's passenger window and sent a piece of the door flying onto his girlfriend's thigh.

"The only thing that actually kept [the bullet] from going through the car and actually physically hitting her thigh was the leather door trim," he said.

The passenger door handle also blocked another bullet from hitting Keeter and his girlfriend.

"We're both definitely grateful because, yeah, it could've been a lot worse," he said. "You hear on the news all the time about stories like this, as outlandish and as crazy. 'No way it's ever going to happen to me,' you know? It can."

Keeter tried to follow the car and get the license plate number, but the driver was driving too recklessly. Police didn't find the driver, either.

"If we are in a coup and you put three shots directly where the people are sitting in the vehicle, that's intent to kill in my book," he said.

While he's thankful he and his girlfriend weren't shot, he doesn't plan to do anything differently in the future.

"I firmly don't believe that I had done anything wrong, you know? I was protecting my property," Keeter said. "Had I not honked, I do believe that would've resulted in an accident."

Keeter described the driver as wearing an orange-highlighter-colored hoodie. The passenger, who fired the shots, had dreadlocks past his eyes.

If you have any information about this case, give Austin police a call.