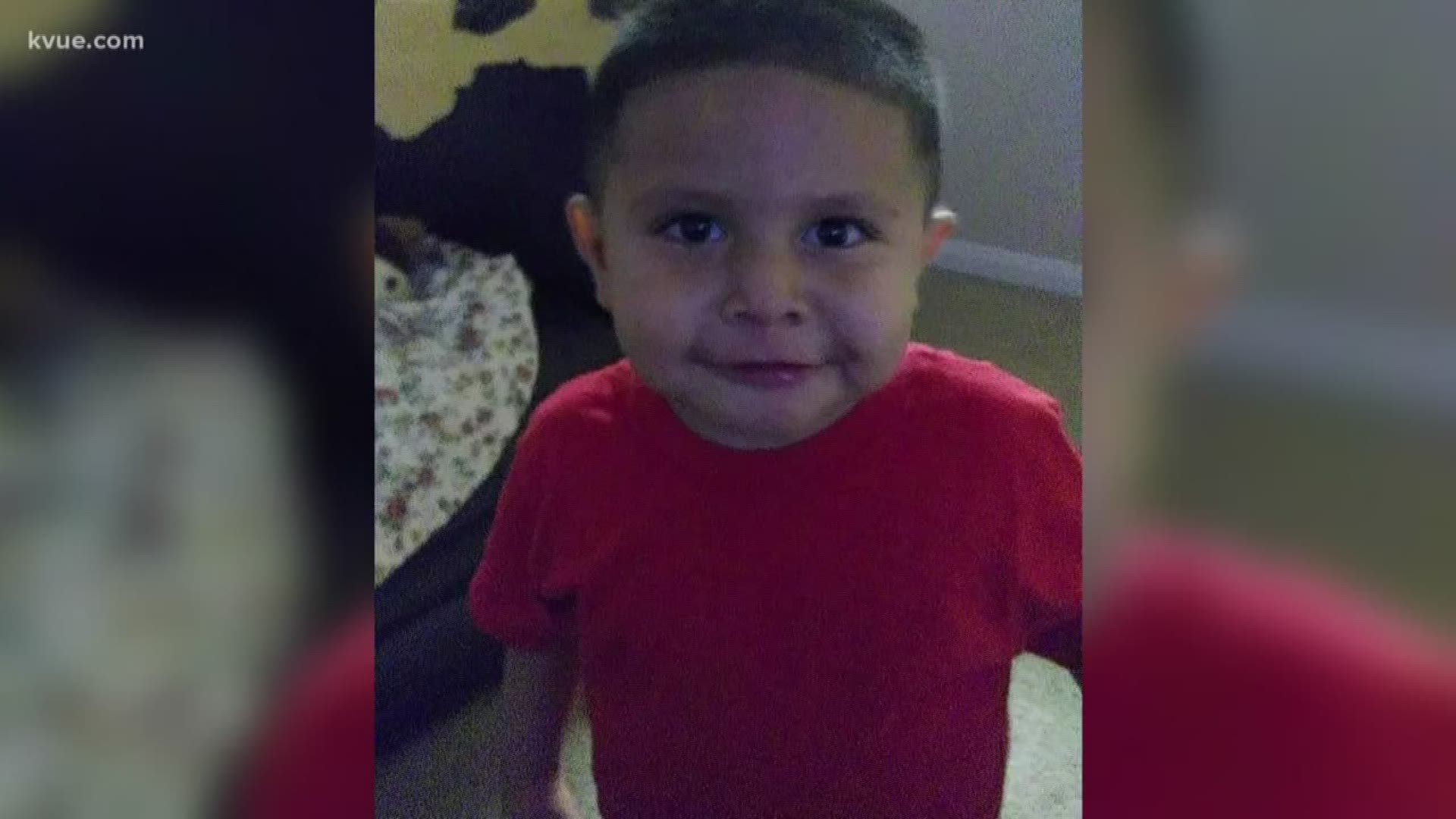 AUSTIN — Editor's note: The above video is from June 2018, when this crime occurred.

A man has pleaded guilty to murder in the beating death of his girlfriend's two-year-old brother in June 2018.

On Friday, 26-year-old Miguel Berumen-Zepeda entered the plea before a judge through an agreement with Travis County prosecutors, according to the Travis County District Attorney's Office. He waived his right to an appeal and was sentenced to 40 years in prison. He must serve 20 years before he is eligible for parole.

On June 2, 2018, Austin police received a call about a two-year-old child who had reportedly stopped breathing. The caller reportedly said the baby was cold and that they were unable to open the baby's mouth to perform CPR. When officers arrived, they said they found the child who was "obviously deceased" and appeared to be in "full rigor mortis."

Police said they spoke with the child's mother, who said that she took the victim to the residence of Selissa Flores, her adult daughter, on June 1. The mother said the child was not sick and had not suffered recent injuries. She also said she received text messages from her adult daughter asking when she was coming to pick the child up.

Police also spoke with Flores, who said that when the victim came over to her house the previous night he complained that he wasn't feeling well. She said she gave the victim Tylenol and fed him chicken soup, the affidavit said. She told police he slept on the couch in the living room. She said that in the morning, the victim complained that his stomach was hurting before his eyes rolled back and he fell back on the coach, according to the affidavit.

A witness in the apartment said that Flores screamed and that Flores' boyfriend, then-25-year-old Berumen-Zepeda, walked in a short while later. The witness said Berumen-Zepeda allegedly performed CPR while Flores called 911. Berumen-Zepeda said he used a black T-shirt to clean up the white fluid from the victim's mouth and couch before throwing it in the trash.

On June 3, a Travis County Medical Examiner determined that the child had a skull fracture, hemorrhages on the back of the head, contusions on the brain, bruising on his face, adhesions to the intestinal area, contusions to his groin, rib fractures, bruising to his back and deep hemorrhaging in the armpits. His cause of death was determined to be blunt force injuries. Police said his death was a homicide.

Friends of the two-year-old shared photos of the boy with KVUE. They said the boy – who they identified as Noel – was a sweet boy who was always laughing and who loved to play with other children.

She then told officers that she cleaned the victim up with baby wipes and that Berumen-Zepeda changed his clothes. She said they then put the victim on the couch and called 911 to tell them that he had choked.

Police later spoke with the witness again. He told officers that Berumen-Zepeda "has hatred toward the victim," the affidavit said. He said he saw Berumen-Zepeda hit the child once on June 1 because he was crying.

In a press conference on June 7, police said the baby also had "healing injuries" that were suffered in the past. Berumen-Zepeda admitted to causing those injuries as well, according to a police spokesperson.

Berumen-Zepeda was charged with tampering with physical evidence and injury to a child, according to online records. Police said in that June 2018 press conference that they believed once the case was presented before a grand jury that it would qualify as a capital murder case. Flores was charged with tampering with evidence, according to online records. The case against her is still pending as of Jan. 20, 2020.

"It was a difficult experience for the family, but this plea gives the family resolution and closure to begin the healing process," Travis County Assistant District Attorney Denise Hernandez said after Berumen-Zepeda was sentenced.