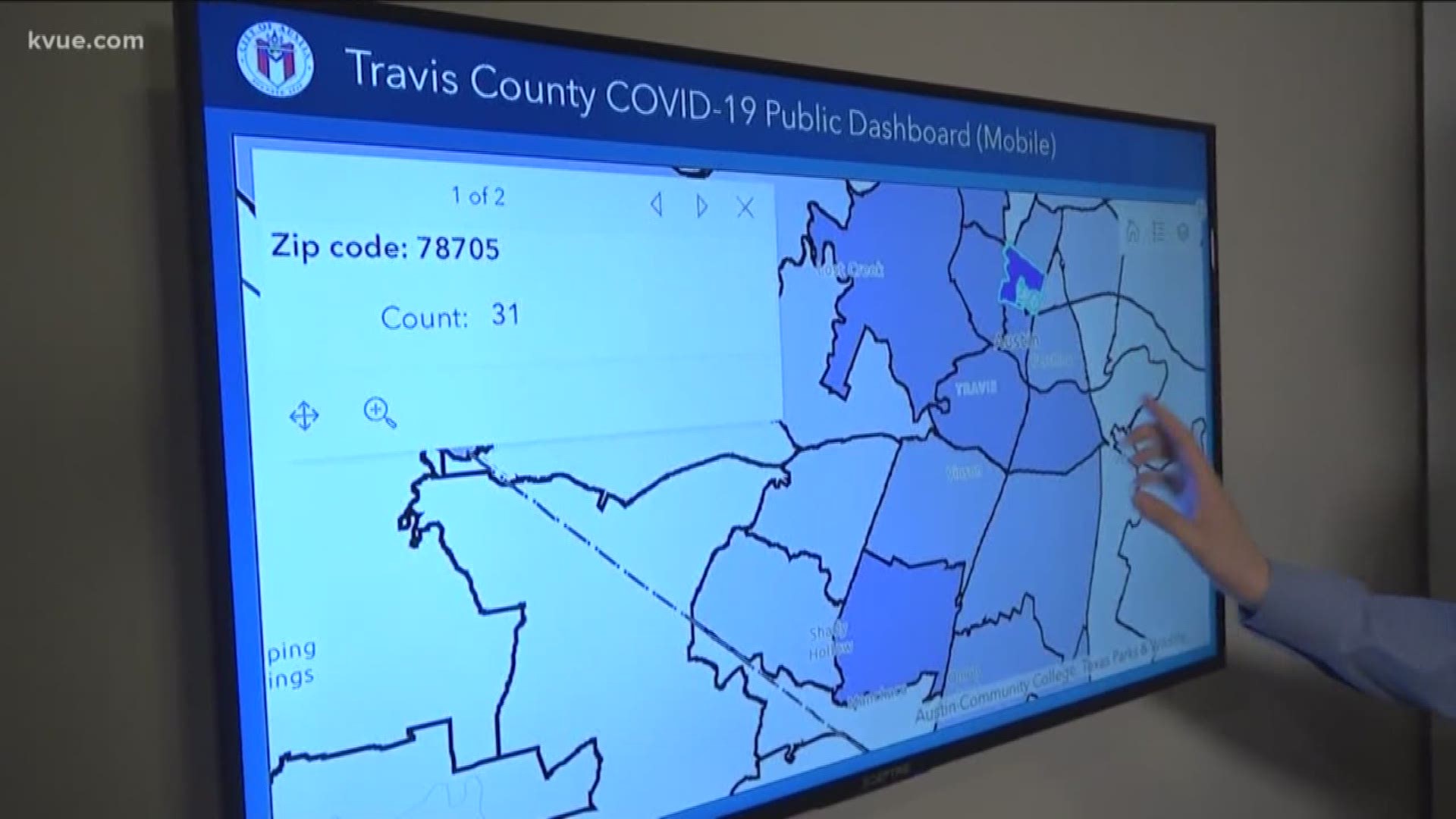 AUSTIN, Texas — As the COVID-19 pandemic carries on, we're getting a better understanding of and more access to data about the locations and seriousness of these cases.

This article focuses on the three largest counties in the KVUE viewing area: Travis County, Williamson County and Hays County.

Beginning with Travis County, as of April 1, there were 305 cases and three deaths, according to Austin Public Health. Eleven cases out of the 244 that were reported on March 31 required hospitalization. More than half of those 244 cases were people under the age of 40.

A dashboard provided by Austin-Travis County helps residents break the cases down by ZIP code. By far, 78705 has the most cases: 31. That's in Central Austin, near the West Campus neighborhood.

You can take a look at all of the ZIP codes in Travis County here.

In Williamson County, there are a total of 55 confirmed cases and one death as of April 1. At least 13 people have required hospitalization. Nearly a third of the cases involve people under the age of 41.

Unlike Travis County, officials in Williamson County break the cases down by city, not ZIP code.

You can take a look at the Williamson County map here.

Finally, Hays County reports both confirmed cases (42) and active cases (32). Four people are currently hospitalized in Hays County. Five were recently released from the hospital. Just a little more than a third of the confirmed cases are people younger than 40.

For the purpose of this article, we're going to focus on active cases.

Kyle has the most active cases, with 13. San Marcos comes in second with 11. Buda has six. Both Austin, which has areas located in Hays County, and Dripping Springs each have one.

You can take a look at Hays County's dashboard here.