State prisons remain a hot spot for COVID-19 in Texas

Since May 1, the number of positive cases in Texas prisons has jumped 568%, according to Texas Department of Criminal Justice data. 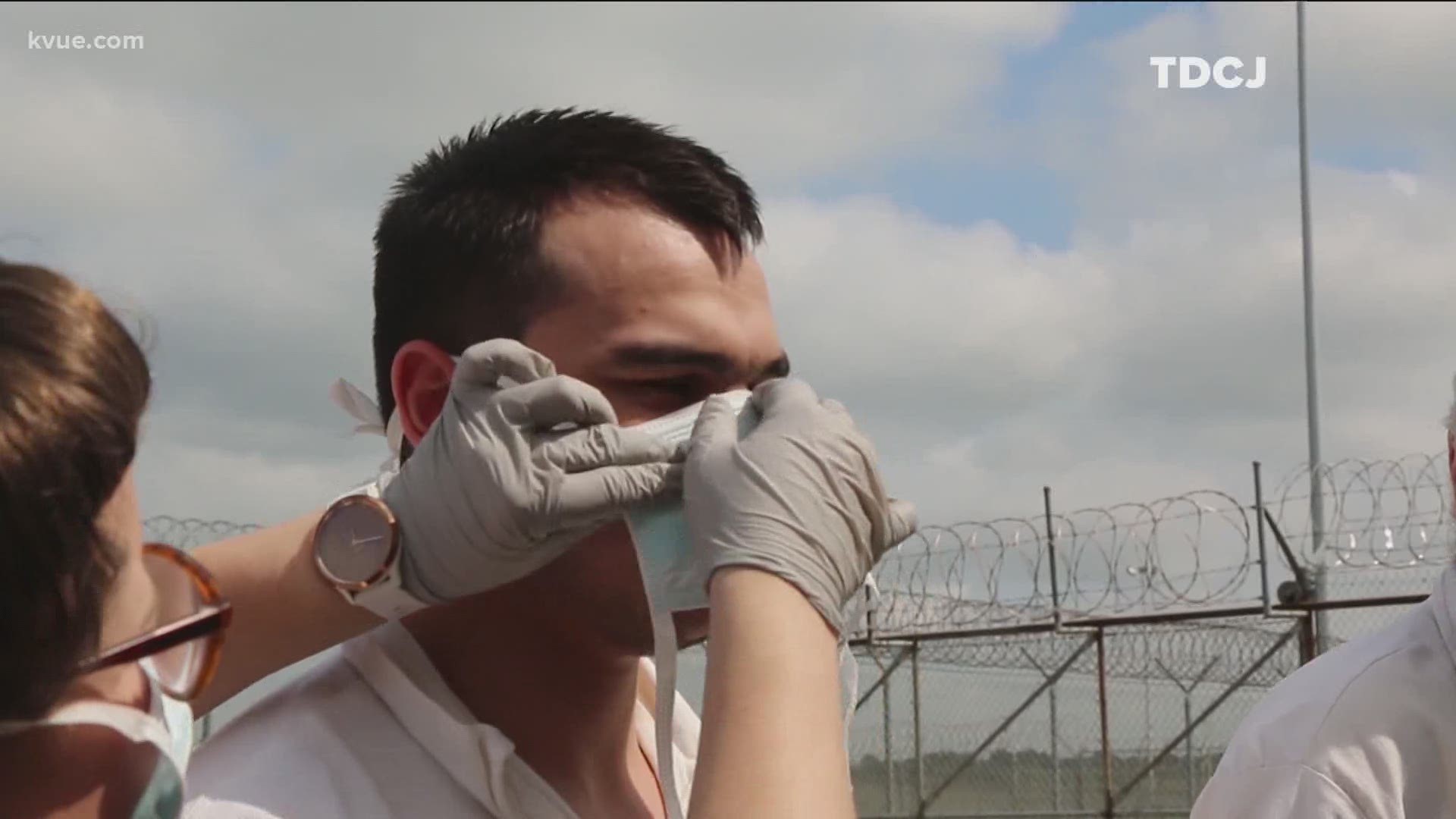 AUSTIN, Texas — Prisons and jails have returned the highest coronavirus case positivity rate in the state of Texas, Gov. Greg Abbott said at a news conference this week.

As of June 18, the Texas Department of Criminal Justice reports:

The number of positive prison cases has increased by 568% since May 1.

Gov. Abbott blamed the increasing number of cases in the state on places like prisons.

“If, however, you look behind that number and look into the reason why there was such a high number that day, then it provides a different level of context,” Abbott said.

For months, advocates and family members of prisoners have pushed Gov. Abbott and the Texas Board of Pardons and Paroles to release offenders who are approved for parole.

According to TDCJ, about 2,000 offenders were approved for parole but did not get to start programming due to the COVID-19 outbreak because prison transfers were not allowed to slow the spread of the virus.

This week, TDCJ said about 1,000 of those offenders have been moved to prison units where they needed to go to start completing programs, which can last for three to 18 months.

But the Texas Criminal Justice Coalition reports about 15,000 offenders were affected by the pandemic since their parole may have been approved months earlier and then paused.

“We don't see any signs that the number of new cases is actually abating,” Doug Smith, senior policy analyst for the coalition, said. “Every new case means that the unit has to stay on lockdown for another two weeks.”

RELATED: 'An explosion waiting to happen' | A look inside Texas prisons and jails amid the coronavirus outbreak

The TCJC has joined the calls of family members to release these offenders to protect them from getting the virus.

“It's really difficult to control the spread,” Smith said. “People are in congregate settings. Oftentimes they're in dorms, and when they're in cell blocks, there's very, very poor ventilation.”

Currently, 26 out of 106 prison units in the state are on lockdown, which means visitors aren’t allowed and offenders must stay in their housing areas, instead of simple tasks like going to eat somewhere else. The number of locked-down units has been decreasing.

COVID-19 testing in state prisons has also increased since Gov. Abbott announced it would start in May. So far, staff and prisoners in 67 units have been tested for a total of at least 107,726 tests, or about 85% of the prison population. Testing has increased 62% since June 2.

It’s also a problem for TDCJ employees, 1,147 of whom have tested positive for the virus and eight of whom have died.

Families are still concerned about their loved ones.

“Everyone has every reason to be concerned,” Smith said. “Family members are terrified. We get emails every single day from family members saying that their loved one was approved for parole months, if not a year, ago, awaiting programming. And that loved one has chronic health conditions.”

Starting July 1, TDCJ will accept inmates from county jails. They will have to go through a medical screening process and stay separate from the general population for 14 days.