Here are the latest COVID-19 updates, closures and postponements in Central Texas for Thursday, June 18. 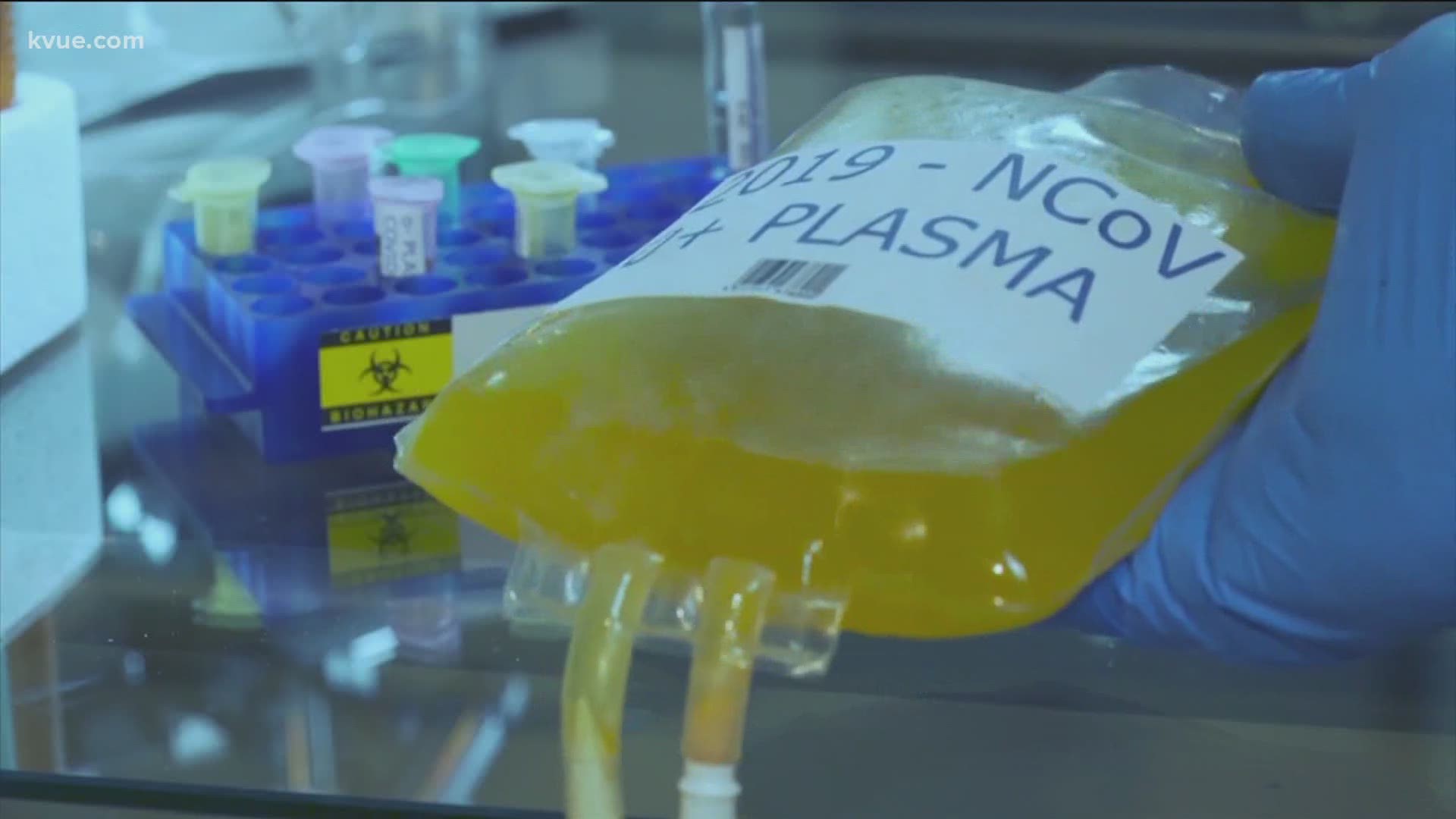 AUSTIN, Texas — Editor's note: This blog is no longer being updated.

Scroll down for the top headlines and latest updates in KVUE's June 18 live blog.

6 p.m. - Hays County reported 210 new COVID-19 cases Thursday, breaking its Tuesday record of 155 new cases and bringing the total number of cases reported in the county to 1,448. At least 1,105 of those cases remain active. No new deaths were reported Thursday. The death toll remains at 5. Eight people recovered from the virus, bringing the total number of recoveries to 338. The county added two new hospitalizations. Fourteen people remain hospitalized. More than half of the COVID-19 cases in Hays County are people between the ages of 20-29.

6 p.m. - Caldwell County on Thursday reported another death from COVID-19. The county has had two deaths from the virus and 196 confirmed cases.

Lee County also reported another death from COVID-19. There have been three deaths from the virus there, with 48 total confirmed cases.

5:31 p.m. - Following in the footsteps of Austin and Hays County, Travis County has issued an order requiring businesses to come up with a health and safety plan that would include requiring employees and customers to wear face coverings when social distancing is not possible. Failure to implement the plan by June 23 may result in fine no greater than $1,000.

4:53 p.m. - Williamson County has issued more than $30.4 million out of $35 million to small businesses affected by the COVID-19 pandemic as part of its Wilco Forward Small Business Grant Program. As of June 16, the county has approved more than 3,100 applications, and the average grant is nearly $9,800. The staff receives about 25 new applications a day. Business owners have until June 30 to submit their application by visiting https://www.wilco.org/forward.

4:30 p.m. - Austin's parks and green spaces will be marked with eco-friendly turf paint to delineate spaces where people can be outside while maintaining a safe distance.

The project, called P A R K S P A C E, will be installed at Roy Guerrero Colorado River Park, Pease Park, Republic Square and Zilker Park before the Fourth of July weekend, with future sites in parks across Austin.

The City's Parks and Recreation Department partnered with the Austin Foundation for Architecture for the project.

The new order will require Hays County residents ages 10 and older to wear masks when in public. Becerra said face coverings do not need to be worn when exercising outside, pumping gas and or when around members of the same household, among other things.

Becerra said the order is set to expire on July 22.

The Hays County later issued a correction on Friday stating there is no $1,000 penalty for businesses for non-compliance.

"After consideration, Judge Becerra decided not to include that, instead giving our already-struggling local businesses the direction and allowing them the opportunity to comply without subjecting them to the possibility of fines," the county said. "Compliance in that area could have been subject to interpretation, which was also a consideration."

11:40 a.m. - 13 University of Texas football players have tested positive for COVID-19 and ten more are asymptomatic and self-quarantining, according to a report from KVUE's media partners at the Austin American-Statesman.

9 a.m. - The City of San Marcos announces that it has postponed its annual Fourth of July fireworks show due to COVID-19 concerns.

The City also made the following announcements:

The City’s public transit system will not run on Friday, July 3, and will resume transit services on Monday, July 6. Fare-free transit services will extend through the end of July for local bus routes. For more information or questions, please contact the call center at 512-478-RIDE (7433).

Many people are expected to enjoy the San Marcos River and parks during the holiday weekend so remember to take COVID-19 precautions, to not congregate in large groups, and to social distance. For information on park rules, visit www.sanmarcostx.gov/parkrules.

Texas Disposal Systems will operate its usual trash collection and recycling routes. Customers planning to go out of town are asked to put their carts on the curb no earlier than 7 p.m. the night before scheduled pick up and return it to the house as soon as they return.

Residents who will be gone all week are encouraged to ask a neighbor to take their trash cart to the curb on their trash day and return to their home after pickup.

7:50 a.m. - To say thank you to the staff at the Dell’s Children’s Hospital, Jack Allen’s Restaurant and State Farm agent Ted Heaton have teamed up to provide 100 lunches to staff today at 11:30 a .m.

"Dell Children’s Hospital is a special place for our kids in the community. They are always there for us, so why not take the time to feed some incredible folks," said Jack Gilmore of Jack Allen’s. “A big thanks to Ted Heaton and State Farm for stepping up and partnering with JAK to make this happen! Cheers Dell Children’s Hospital for keeping our kids safe and healthy!”

Calls about snakebites up 54% in Texas compared to last year